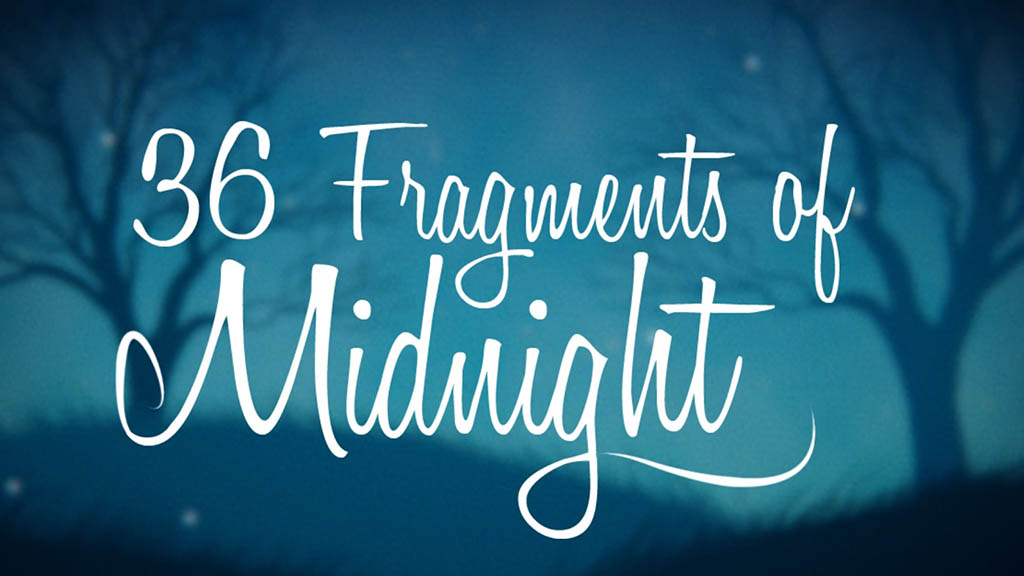 36 Fragments of Midnight is another cheap, easy and fairly quick platinum trophy game that I got solely for the platinum. I wasn’t expecting much from this game and expectations where that it would be pretty atrocious, turns out though that It was actually rather fun and enoyable.

36 Fragments of Midnight is a side scrolling platforming, dodge the obstacles type game. You play as Midnight a little swaure block looking thing and you have to find 36 Fragments and take them back to the starting point of the game and that’s pretty much it, except it’s not. 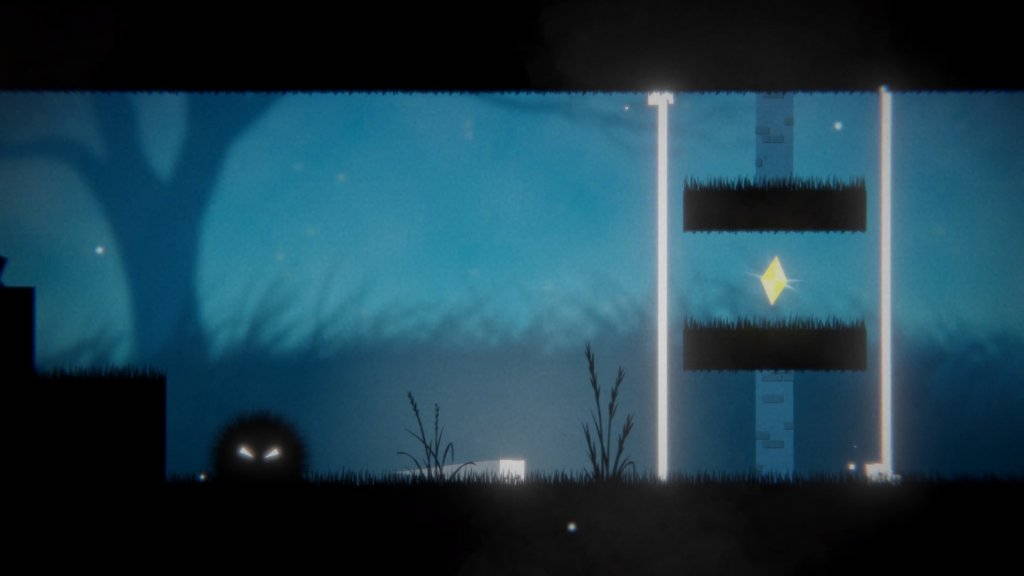 The game consists of one level that you have to traverse and find the aforementioned 36 fragments. The levels consist of various obstacles that you have to jump over or avoid, from spinning saws to lazer beam and spikes, most of which require pixel perfect presicion to avoid.

The level is also procedurally generated, so each time you die, you won’t encounter the same level layout again, which makes finding the 36 fragments a little more difficult.

36 Fragments of Midnight can be a frustrating game, not in a bad way though, just frustrating because the obstacle avoidance requires you to rather precise and I have no skill whatsoever.

Once you’ve collected all other trophies, you simply have to collect all 36 fragments in under 6 minutes and get them back tot he level starting point to earn the platinum trophy. 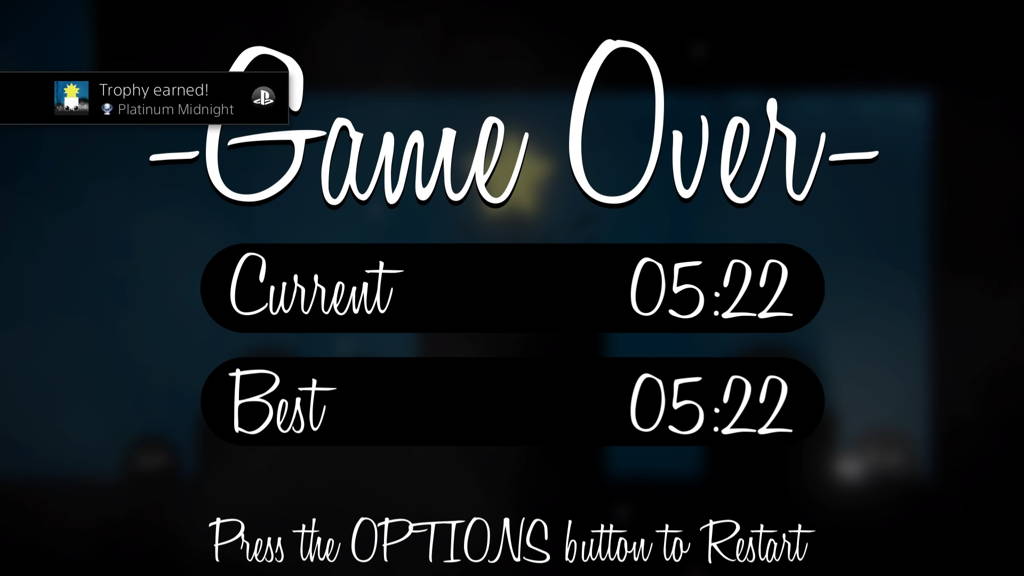 I’ve read some articles where people say you can platinum 36 Fragments of Midnight in about 30 minutes. That may be true if your super skilled but it took me about 2 – 3 hours worth of go’s to evtually get the platinum, I did it in 5 minutes 22 seconds.

36 Fragments of Midnight is actually not a bad game at all, I found it fun pretty fun and at £2.49 for a game that could potentially last of a couple of hours until you get the platinum it’s not too bad value for money wise.

Sure, once you’ve got the platinum it’s highly unlikely that you” want to replay 36 Fragments of Midnight, but whether it takes you 30 minutes or 3 hours to unlock the coveted trophy, you’ll have a pretty good time doing it.