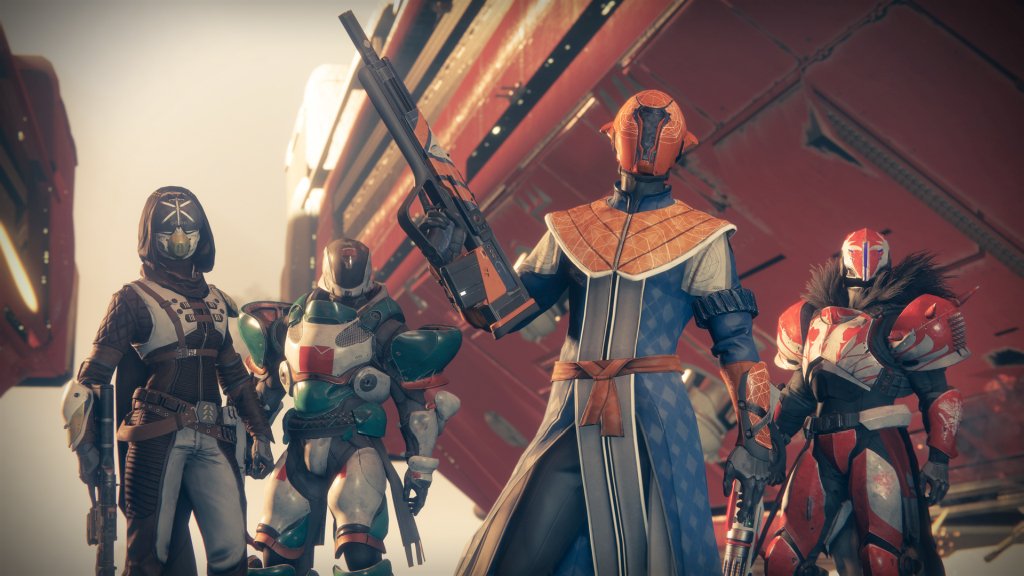 Destiny 2 Crucible is quite a bit different from Destiny 1 Crucible. Although it may seem like the same on the face of it, there are changes that make it a completely different animal.

PvP in Destiny 2 requires a different strategy that in Destiny 1. You can no longer run around the map gung-ho flanking 2 and 3 opponents and coming out on top.

If you’re like me and your pretty terrible at anything PvP related in Destiny 2 fear not, I have got some handy tips that should hopefully at least make sure you get a few kills.

1. Connect to the internet through a potato

As much as Bungie sang the praises of their networking and matchmaking systems for Destiny 2, it still seem that there is laggy players a plenty and it still seems that those with the worst connection are at an advantage.

So before you venture in to the Crucible, make sure your connection is as poor as possible. The good thing about Destiny 2 is that Bungie conveniently removed the ability to see other players connection to the game, so no one will know that you’re a red bar warrior who connects to the game through a Maris Piper.

This tip is probably the most important tip of them all. Join a fireteam of four. Elist some friends in to your Crucible shenanigans  and when the match starts make sure you all stick together, at all times, no one should be going off on a solo suicide mission.

While you are all bunched up and traversing the map, make sure your entire team shoots at any enemy players they see. This is called team shooting and is the current ‘meta’ in Destiny 2.

If your team is faced with 2 or 3 opponents just all shoot at the one person anyway, at least you’ll get one of them right?

Bringing the right tools for the job is half of the battle and like Destiny 1, Destiny 2 also has certain weapons that are considered OP (over powered) or the ‘meta’.

For the primary or kinetic slot, you’ll probably want to equip Mida Multi Tool. It is an exotic Scout Rifle that can be obtained from a quest relatively easily. Now, I don’t actually think the Mida is over powered, but it is what all the sweaty’s and streamers are using so when in Rome…

Another good option for the kinetic slot is the Nameless Midnight scout rifle, it is a legendary Scout Rifle and be acquired from Commander Zavala. Some people believe this scout actually out performs Mida.

If you don’t have any of the above weapons, then just equip a mid to high impact auto rifle.

For the secondary or Energy Weapon slot, the only real weapon of choice here is Uriel’s Gift. It is an energy weapon auto rifle. I haven’t actually managed to get this to drop yet so I can’t confirm its effectiveness first hand, however I have been killed with it about a million times so it must be pretty good.

If you haven’t got Uriel’s Gift then equip Mida Mini Tool or any other energy Auto Rifle. I find the sidearm Drang to pretty decent in PvP as well.

You can pretty much equip anything you want in the heavy or Power Weapon slot, chances are you won’t get any power ammo anyway as the other team are camping at the Power Ammo dispensers or someone on your team just likes to hog the power ammo.

A rocket launcher is a good option for the power slot though, if you do get some power ammo just make sure to fire that bad boy at the first enemy you see.

If you do happen to find your self separated from your fireteam, which you really shouldn’t if you’re adhering to point 2 and you do happen to bump in to an opponent and start engaging in a 1 v 1 gunfight and you think you are going to get killed, through a grenade just as you are about to die.

This works best in close to medium range 1 v 1 gun battles. If your enemy has got you down to a slither of health and you fear the end is near, chuck a grenade at the sweaty try hard who’s about to kill you and the chance is you may die but you’ll take that motherf*cker with you.

5. Switch weapons instead of reloading

If you find yourself running low on kinetic ammo during a heated bullet exchange with the opposing team don’t stop to reload. In Destiny 2 you are essentially running around with two primary weapons, so instead of reloading and risking certain death, just switch to your other primary weapon in the energy slot.

Well, that’s all the Destiny 2 crucible tips I have so far, I hope you find them somewhat useful.

If you seriously do want to improve at the Destiny 2’s PvP, I highly recommend the following links.

True Vanguard’s YouTube Channel – True Vanguard is a popular Destiny streamer/YouTuber and he’s pretty decent at the ol’ PvP. His YouTube channel has some good videos that he has created to help you improve in Destiny’s crucible.