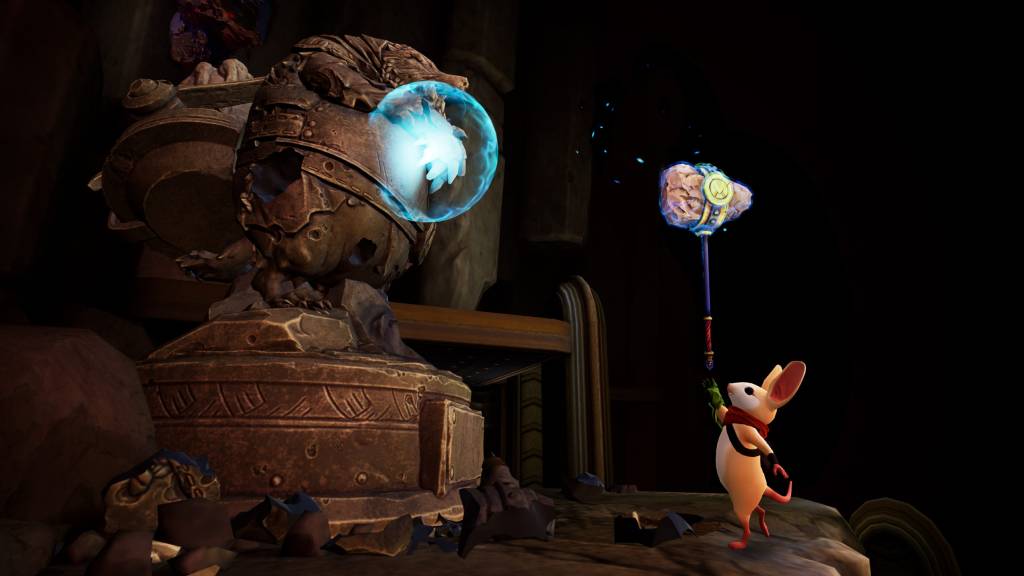 Moss: Book II is now out and it is an absolute gem of a game. Although helping the mouse heroin Quill through the game isn’t overly challenging, it’s still worthwhile having some tips. Especially if you are completely new to Moss on PlayStation VR.

Like the first Moss game, Moss: Book II also features a fairly straightforward trophy list. SO I have included some tips to help you work towards some of the trophies.

You’ll most likely be playing Moss: Book II sitting down, in fact, I think it is recommended. But should you have your camera on top of the tv or below the TV? Below the TV and pointing slightly up is definitely the best place for the PlayStation Camera. The game recommends putting the camera below your TV for the best tracking experience.

For the best time with tracking, go into the PS VR settings and Confirm Your Position. Check that the camera can easily see the headset lights and the DualShock 4 lightbar.

2. Look Out for The Forgotten Fragments

Forgotten Fragments look like little white scrolls. There are quite a lot of them hidden throughout the game. Some are easy to spot but hard to get to and some are hard to spot but easy to get to. Forgotten Fragments can be hiding literally anywhere, on ledges behind objects, inside breakable objects. Some of the tougher ones require a bit of puzzle-solving to get to. Unlike the first Moss game, you don’t have to collect all the Forgotten Fragments, you only need to technically find one for the What Was Lost trophy. nonetheless, it is fun to try and find them all.

As soon as you start the game and come across areas with tall grass use Quill’s sword to cut all the grass you see for the Lawnmower Mouse trophy. Which requires you to cut a lot of grass using Quill’s sword.

There are two trophies in Moss: Book II related to collecting Relic Dust. Relic Dust is obtained by breaking objects like wooden boxes and things like vases. There are a lot of breakable objects scattered throughout the game. Some are easy to spot and some can be hidden way in darkened corners.

5. Break objects as a reader

There is also a trophy called It’s like bubble wrap that requires you, the reader to break lots of objects. Simply hover over a breakable object, like a wooden box, and hold in L2 or E2 to break it. If you start breaking objects as a reader early on, it won’t take long to earn the trophy.

6. Remember you can control enemies

When I played through the first game I made it a lot more difficult at first because I kept forgetting that I could take control of enemies. Taking control of enemies is pretty much required to solve some puzzles in the game but it becomes really helpful during the tougher combat sections.

By controlling enemies you can stop them from attacking, or you can use certain enemies to attack other enemies. There are a few trophies for destroying enemies with a controlled enemy, so make sure to take a look at the Moss: Book II trophy list.

Later in the game, you will get a throwing weapon called a Chakram. It is a pretty cool weapon that you can throw at enemies and objects. Some puzzles will require you to do a Charged throw. To solve the puzzles you will usually need to charged throw the Chakram to a certain point, then move Quill into position and call the Chakram back, destroying a switch on its return path.

If you are unsure where you should throw the charged Chakram, look around for the things highlighted in the mages above. The game basically tells you where to throw the Chakram. So lookout for the scratched symbol looking thing in the left picture or things like the X in the right picture. These will show you where to throw the Chakram. Then all you have to do is move into position so the line going from the Chakram to Quill intersects with the object you want to hit.

8. If you get stuck, try interacting with things

Just hover your blue glowing cursor thing over them and press L2 or R2 to see if anything happens.

And that is all the Moss: Book II tips, for now, hopefully, you might find them useful. 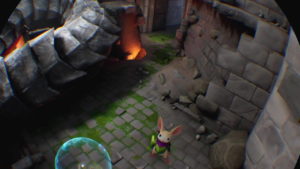 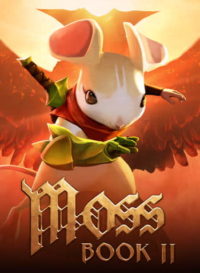