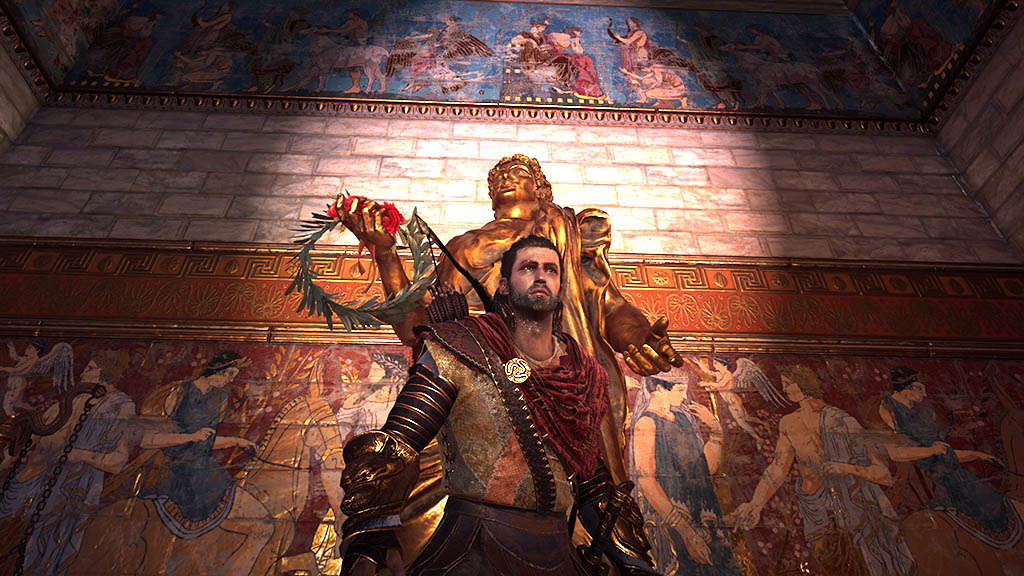 Ainigmata Ostraka are fun puzzles to solve and will usually net you a new engraving as a reward. They are found in the form of stone tablets, hidden in various locations throughout Ancient Greece. The tablet contains a puzzle to solve which points to the location of the reward.

Watch the video guide below, or read on for the text guide.

The Ainigmata Ostraka tablet for A Specific General can be found in the Sanctuary of Athena Pronai, which is in Grand Mount Parnassus in Phokis. 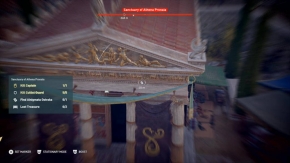 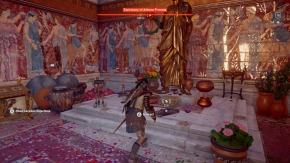 The Ainigmata Ostraka can be found in a large building on the east side of the Sanctuary. Enter the building and the tablet will be sitting in front of a statue.

There is a captain and some cultist guards to deal with in this location, depending on what level you are they can be pretty tough. Either take out all enemies first or go in stealthily and grab the AInigmata Ostraka.

The cryptic clue for A Specific General reads:

With so much to see in Delphi, it may be hard to find me. I’m sitting at the plinth of the only bronze statue holding a spear and a sword. This great general is among seven of his peers.

Like some Ainigmata Ostraka clues, this one isn’t too specific as there are two locations in Phokis with the word Delphi in them. The location you want to head to though is called Sanctuary of Delphi, which is west of the Sanctuary of Athene Pronaia.

The specific location in the Sanctuary of Delphi is east of the sync point. Look for a garden area which has seven bronze statues in a semi-circle formation. There will be NPC here singing and playing music. 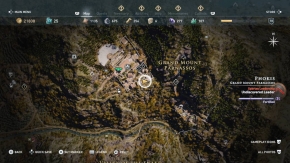 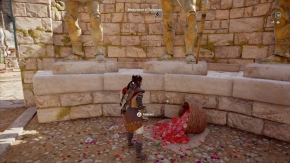