Home / Guides / AC Origins Curse of the Pharaohs: All Serqet Locations – Sting in the Tale Trophy 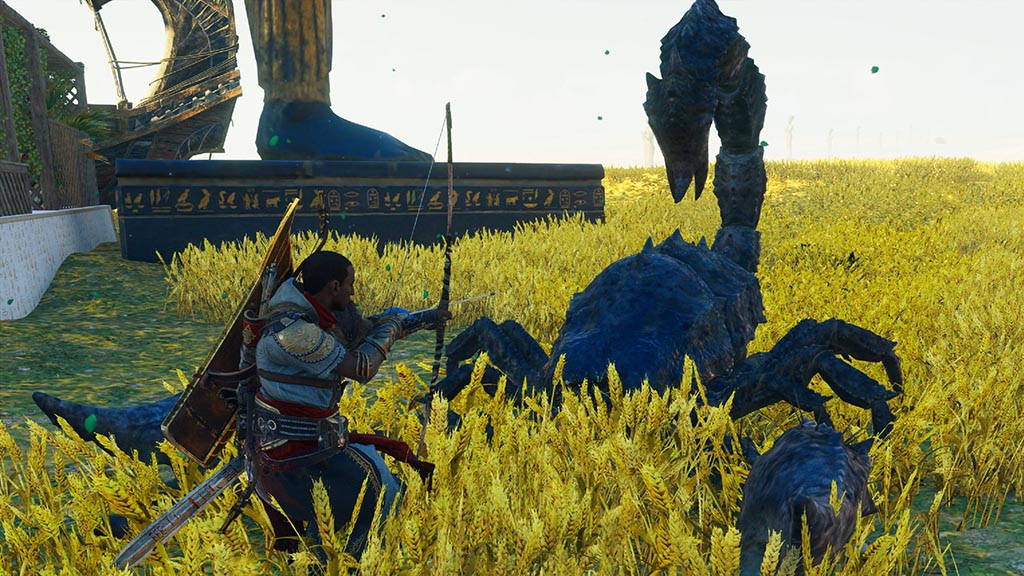 Want to unlock that sweet gold trophy in Curse of the Pharaohs called Sting in the Tale? Well read on and I’ll show you where all the Serqet locations are.

In total there are five Serqet locations that you have to find and complete in order to unlock the Sting in the Tale trophy. Four of them are in the afterlife regions (one in each region) and one is in the land of the living.

Each of the Serqet locations in the afterlife regions havehuge scorpions you have to kill. In ancient egyptian art Serqet was always shown as a scorpion or a women with a scorpion on hear head (thanks Wikipedia), she was also the protector against venom and these huge scorpions will spit some venom at you.

The Scorpions in the afterlife Serqet locations will be around level 57/58 with the main scorpion being level 58, so you’ll probably need to be level 55 before tackling these monsters. Try and keep you distance and use arrows as they will spit venom, if they get you with their pincers it will take off quite a bit of health, use your overpower attack as well.

Two of the Serqet locations in the afterlife also have stone tablets you can read, I though the other three locations would have them as well but I have yet to find them. 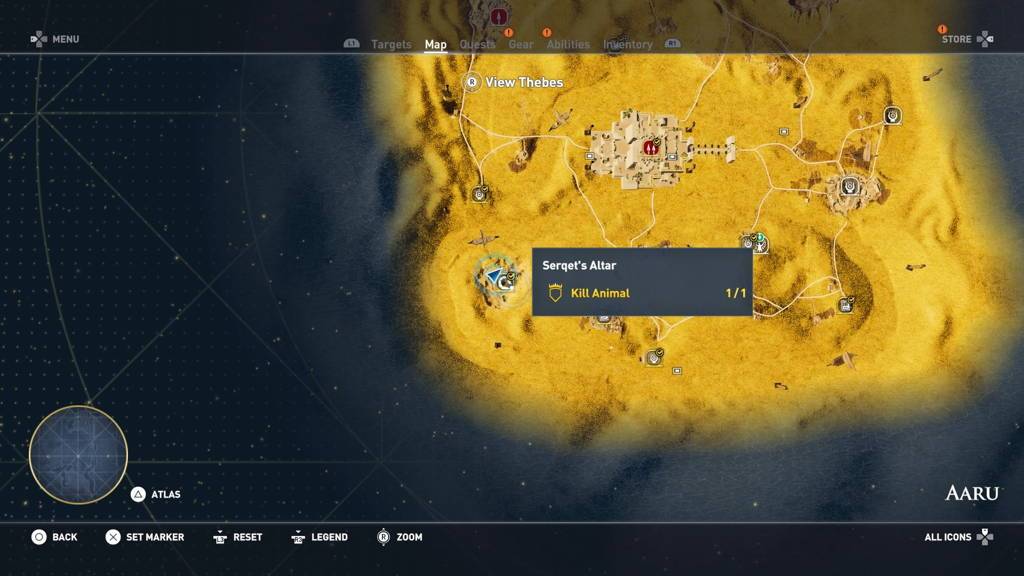 Serqet’s Altar is located in the south-west of the Aaru afterlife region. There will be two scorpions to kill a level 57 and the main scorpion which is level 58.

Serqet’s Altar has a stone tablet which reads: “We gather to praise you, O noble Scorpion beasts who protect us from danger. Your might and agility are fearsome. We kneel in reverance to you and pledge ourselves to your well-being.” 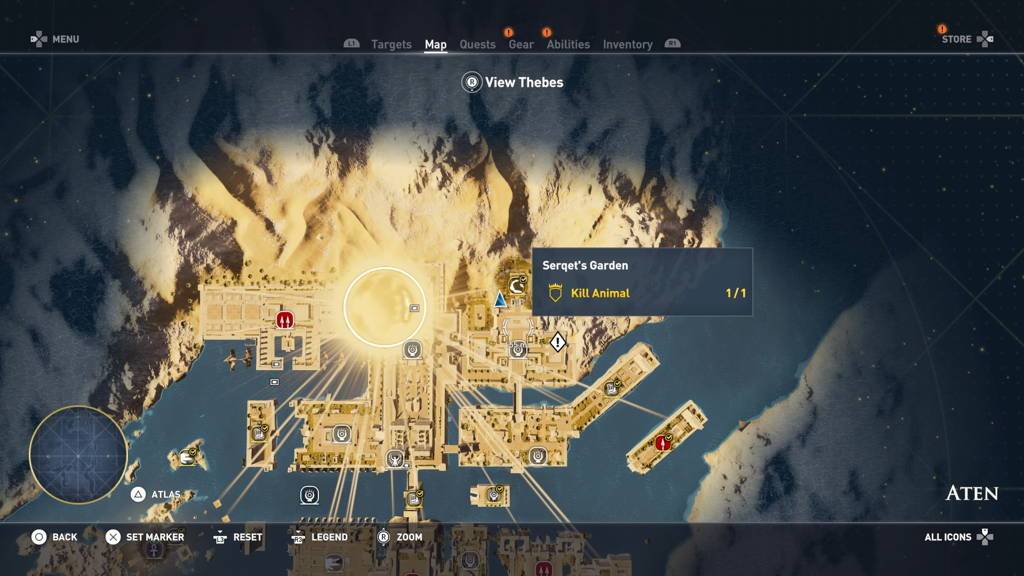 Serqet’s Garden is located in the north-eastern part of Aten. 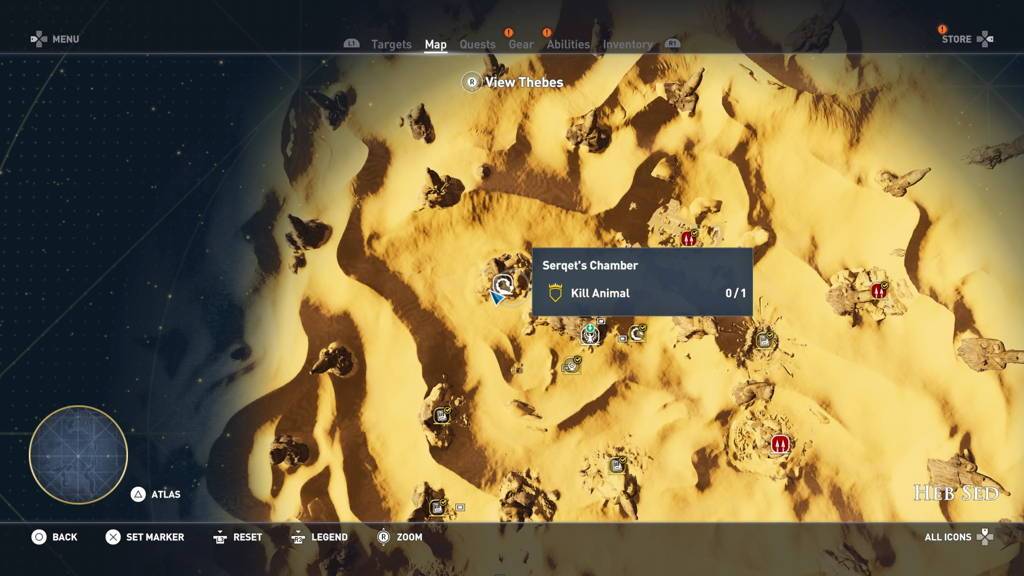 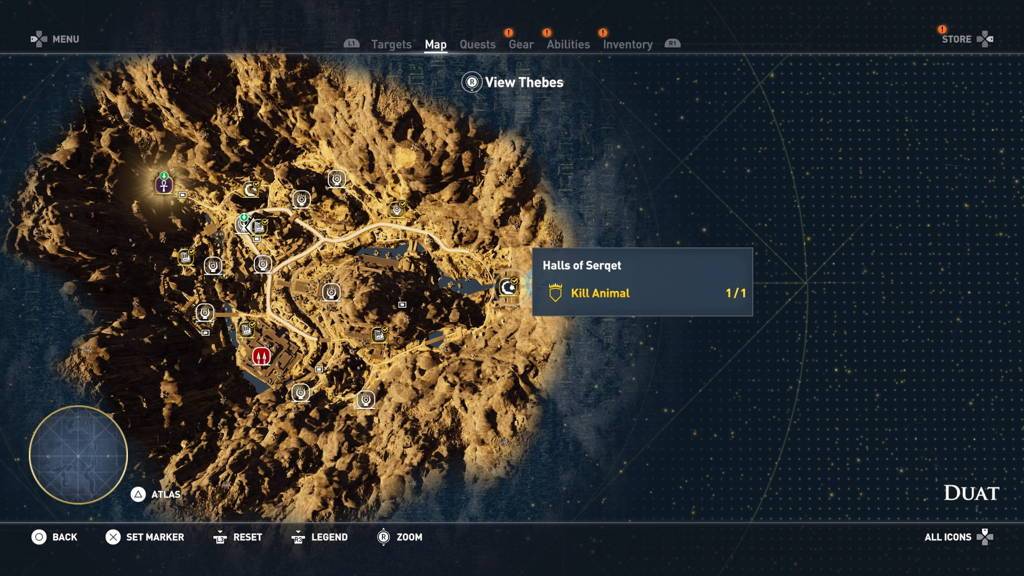 Halls of Serqet is located in the eastern part of the Duat afterlife region. There will be a few of the Anubis soldiers to kill at the entrance to the halls. When you enter the halls, there is a gap/crack on the rear wall which you can squeeze through to get to the chamber with the Scorpions.

Halls of Serqet also has a stone tablet which reads “Journey of the Duat – It is through the Duat that each of us must journey at death, here we will overcome challenges and tests until we reach Anubis and his fearsome scales, there to be judged. Be your heart heavier than the feather of Ma’at, you will be devoured by the devourer of souls. Be your heart lighter, you will exist in the Field of Reeds.” 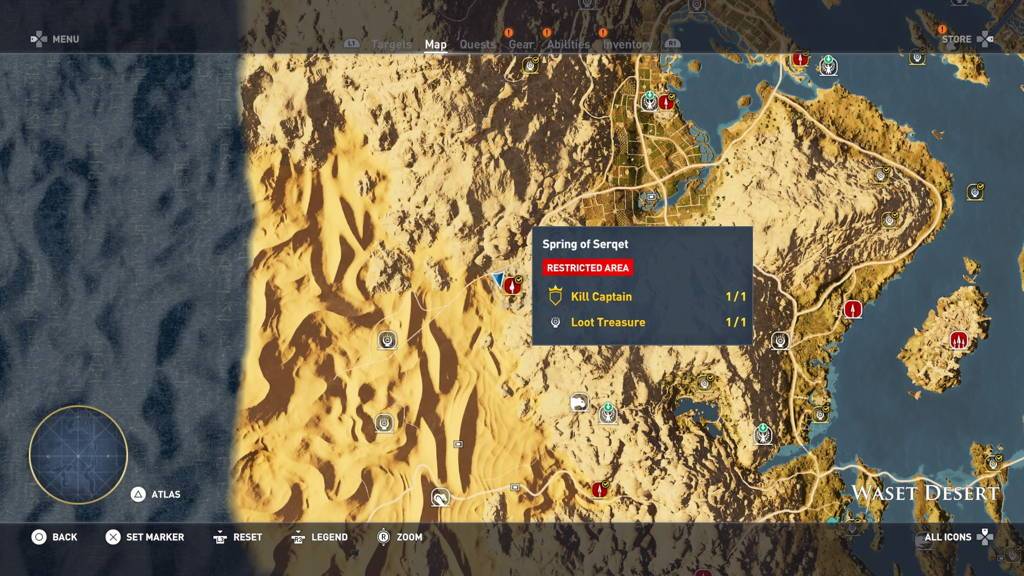 Spring of Serqet was the last location I had to complete, upon completion I got the Serqet’s Carapace legendary outfit.