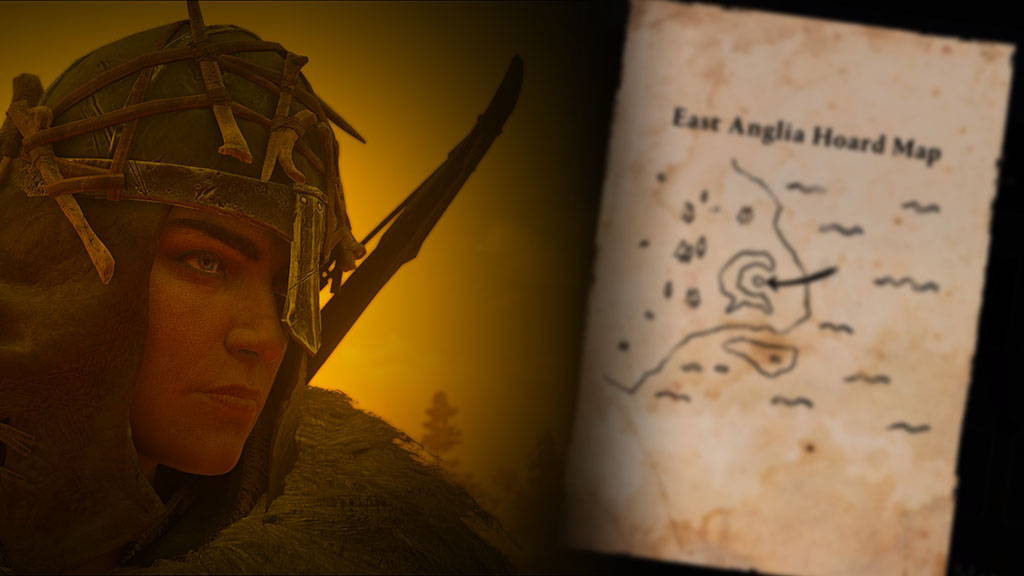 Treasure Hoards in Assassin’s Creed Valhalla are pretty similar to Papyrus Puzzles in AC Origins or Ainigmata Ostraka’s in AC Odyssey. You find a Hoard map, which can either be a drawn map or a cryptic clue. You then use the map or clue to find the treasure.

In this guide, I’ll show you where to find the hoard map and the treasure hoard in East Anglia. 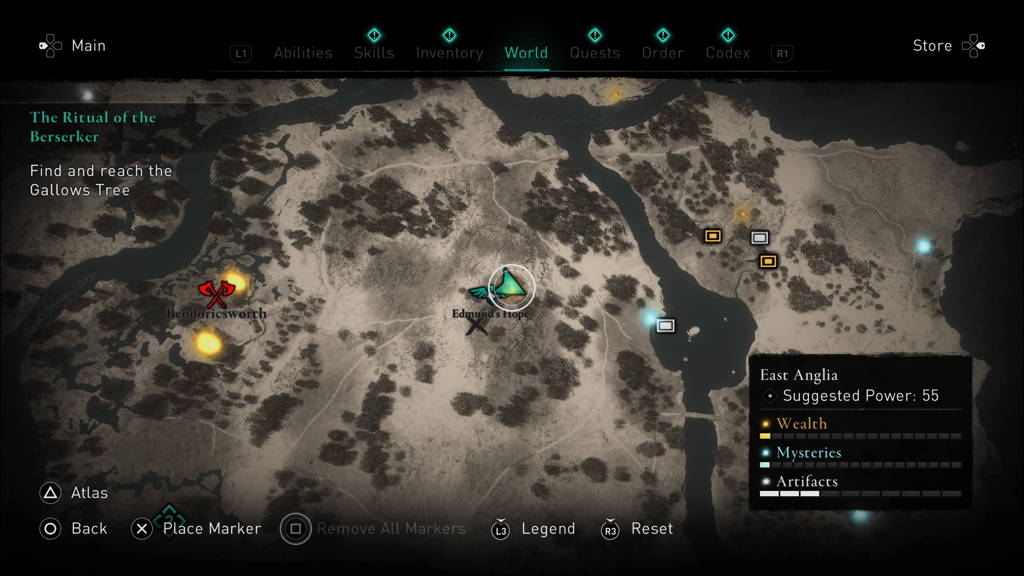 The East Anglia Hoard map can be found near the fast travel point at the Edmunds Hope area of East Anglia, as shown in the screenshot above.

You first have to make your way inside an old church building below the fast travel point. (There’s a crazy Nun in there who will fight you.) You then head up a ladder, you can drop the ladder down by shooting it with an arrow. Climb the ladder to the upper platform where you will find a key.

Now, head outside and look for a smaller chapel building, as shown below. 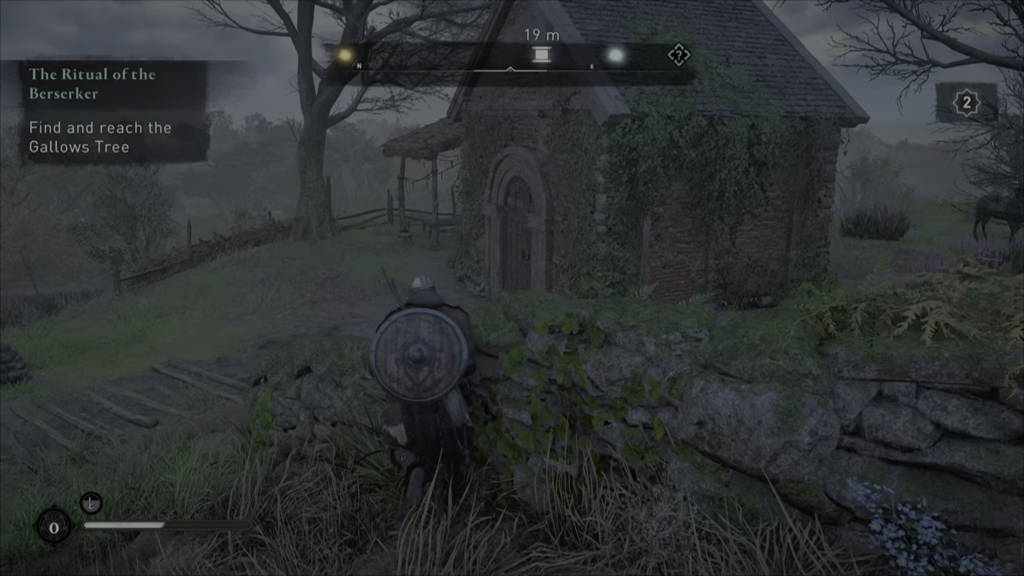 Use the aforementioned key you acquired to unlock the door of the chapel house. You will find the Hoard Map inside. 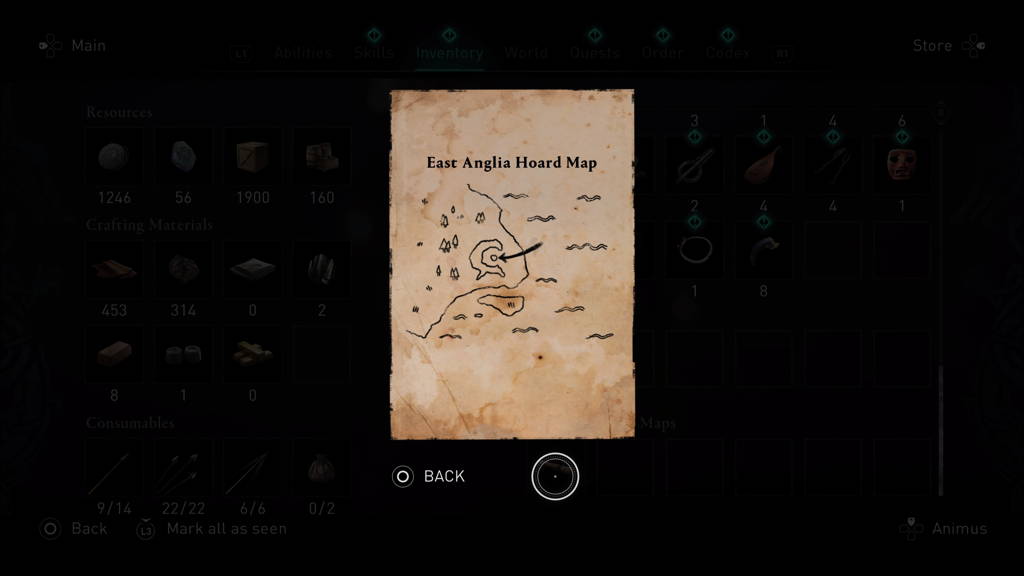 The Hoard Map clue is a hand-drawn map, which, to be honest, doesn’t help that much so the actual location is in the screenshot below. 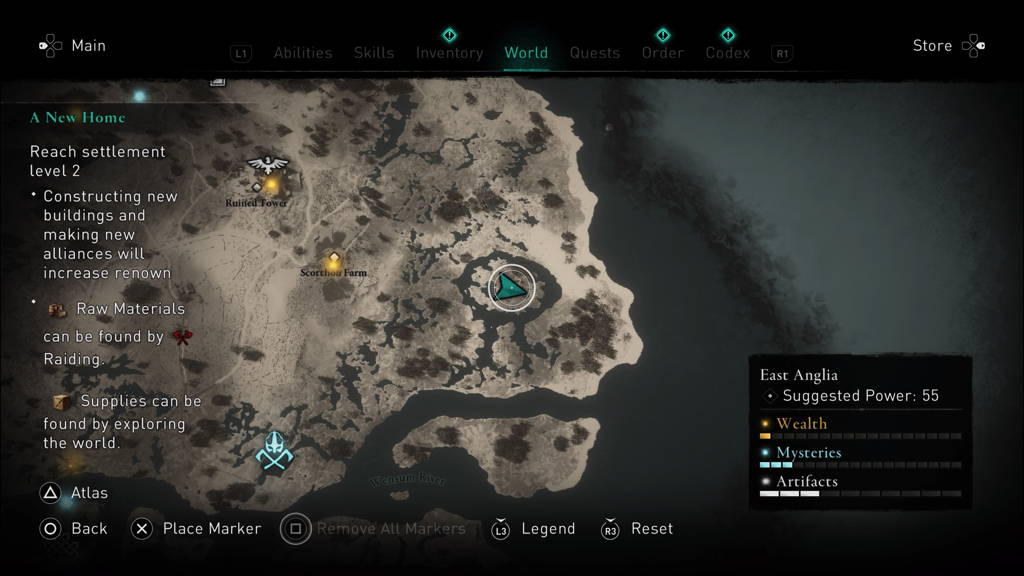 The East Anglia Treasure Hoard can be found on a small island just west of the eastern coast, as shown in the screenshot above.

Head to this small island and you should see an old Roman ruin. 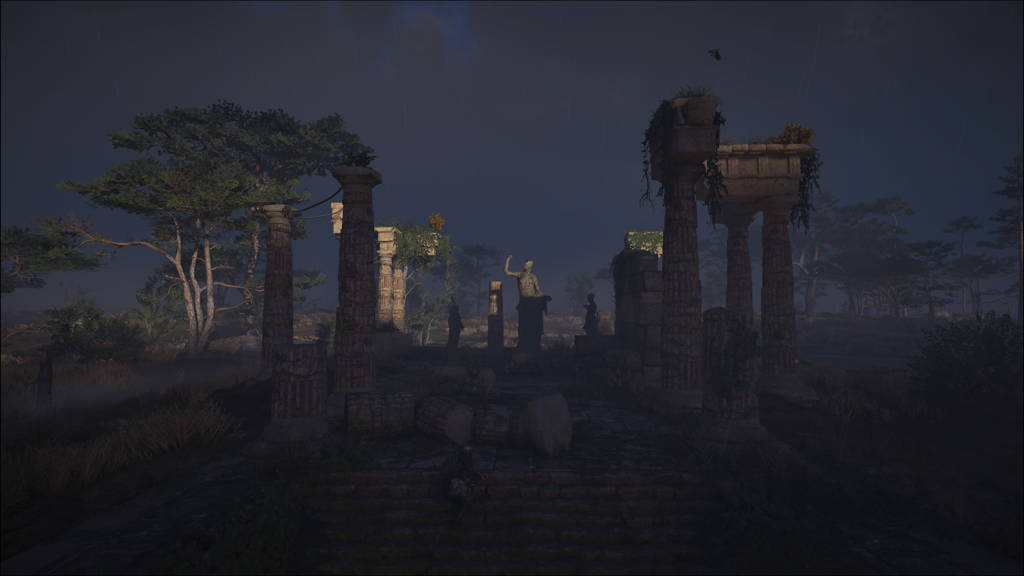 You’ll have to fight off some Wild Boars but once you have done that, you’ll find the Treasure Hoard sitting on the ground.

Here’s a video guide for the East Anglia Treasure Hoard.