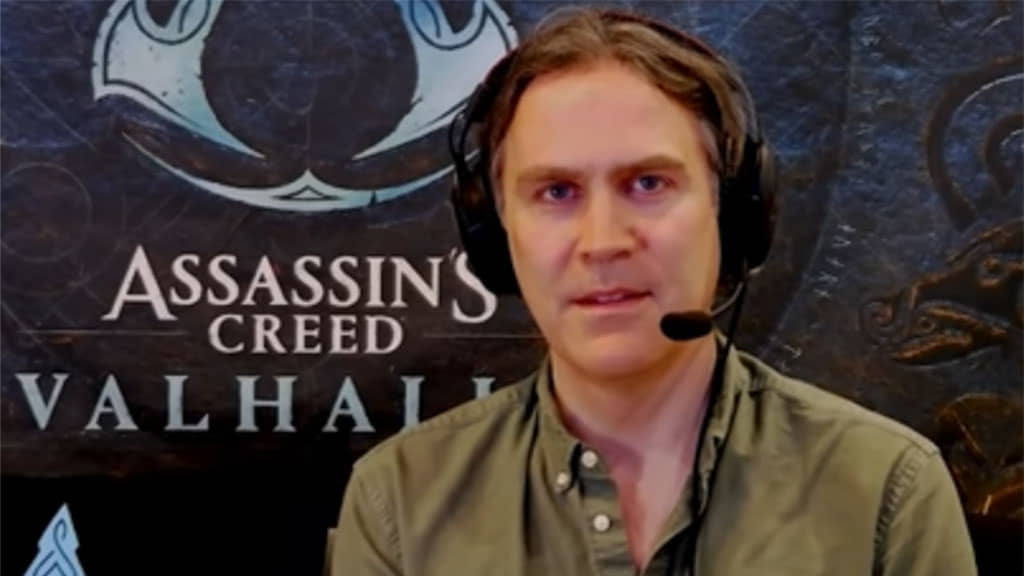 The Narrative Director and Lead Writer on Assassin’s Creed Valhalla as well as a slew of other Assassin’s Creed games, Darby McDevitt, is leaving Ubisoft Montreal as of today. The writer, who has worked at Ubisoft for over a decade, announced he is departing the Ubisoft Studio in a tweet today.

Today is my last day at Ubisoft Montreal!

After a decade of working with brilliant people, creating stories & characters for an incredible series, & interacting with our wonderful fans, I have decided to set forth on a new adventure…

McDevitt, who has also had lead writing roles on AC Black Flag and Revelations says today is his last day at Ubisoft Montreal and that he setting forth on a new adventure.

In a follow-up tweet, the creative guru who has also worked on several short films, documentaries and other games, expressed his thanks, respect and admiration to all the fans and content creators that have supported his and Ubisofts work over the years.

It is not immediately clear from McDevitt’s tweets if he is leaving Ubisoft entirely, or just the Ubisoft Montreal studio. But, it does sound like he could be departing Ubisoft to take up a position at a new company or perhaps he is setting up his own company.

No matter what adventure Darby McDevitt decides to embark upon, one thing is clear. Assassin’s Creed Games won’t quite be the same without his writing skills at the helm.

Best of luck in your future endeavours Darby.