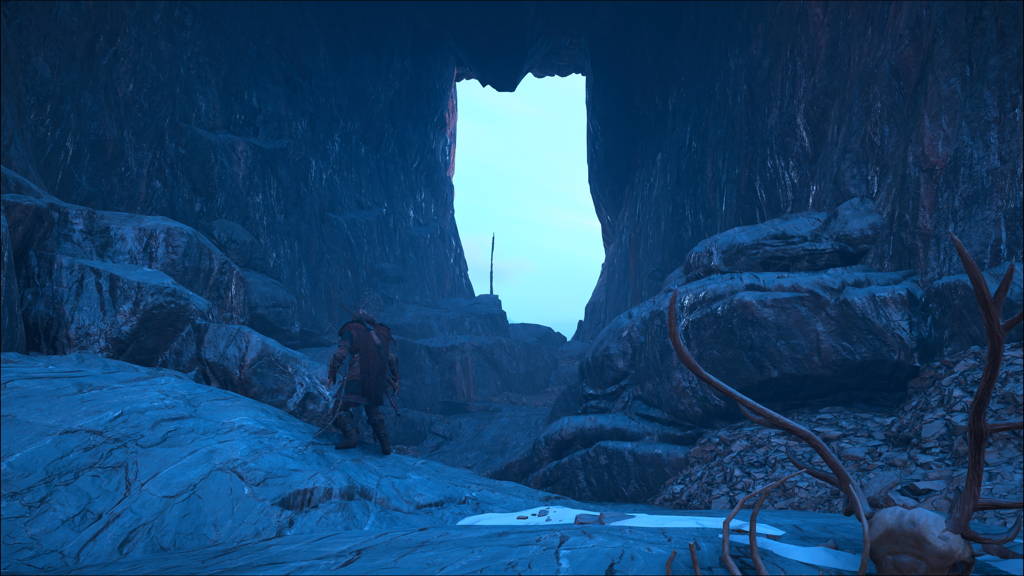 Treasure Hoards in Assassin’s Creed Valhalla are pretty similar to Papyrus Puzzles in AC Origins or Ainigmata Ostraka’s in AC Odyssey. You find a Hoard map, which can either be a drawn map or a cryptic clue. You then use the map or clue to find the treasure. 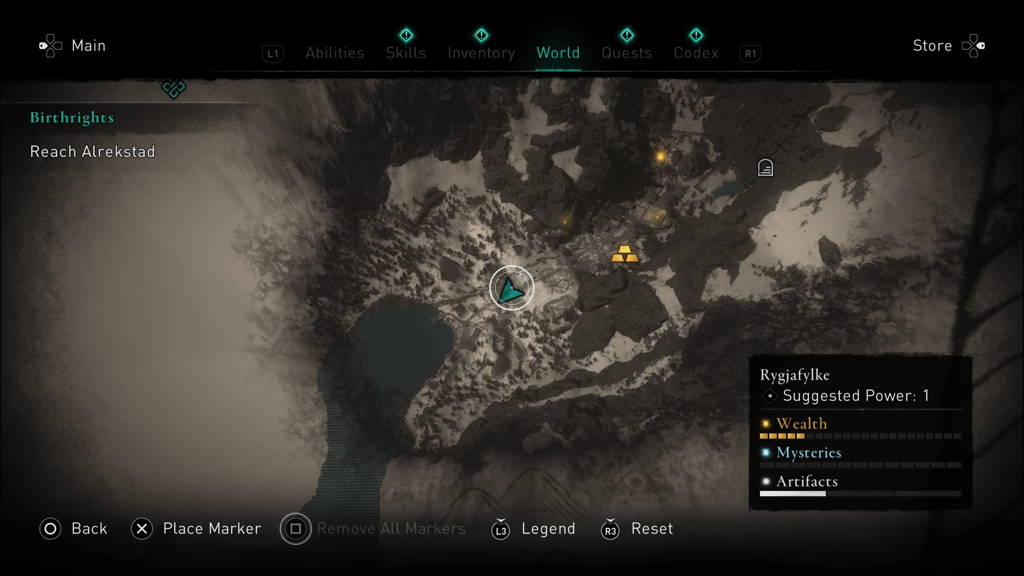 The Rygjafylke Treasure Hoard map can be found west of Kjotve’s Fortress, in a wooden cabin/house as shown in the screenshot below. 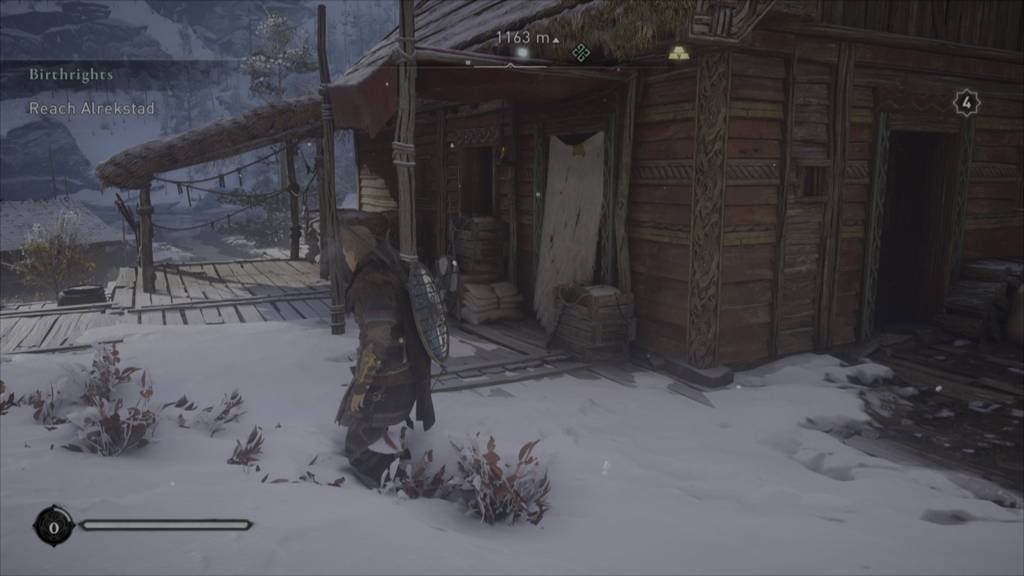 Once you have picked up the map, read it in your inventory to reveal a cryptic clue to the whereabouts of the treasure. 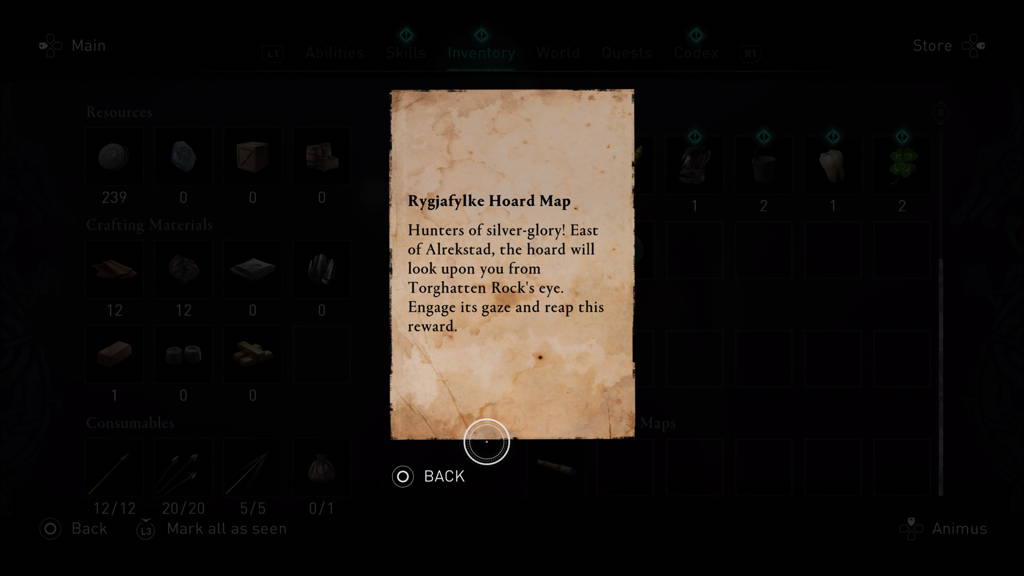 The clue on the Hoard Map says we should be looking east of Alrekstad for the treasure. But that is either a mistake or an intentional misdirection because the treasure is no where near where the clue says.

The hoard treasure can actually be found on a large island in the Hordafylke region of Norway, as shown in the screenshot below. 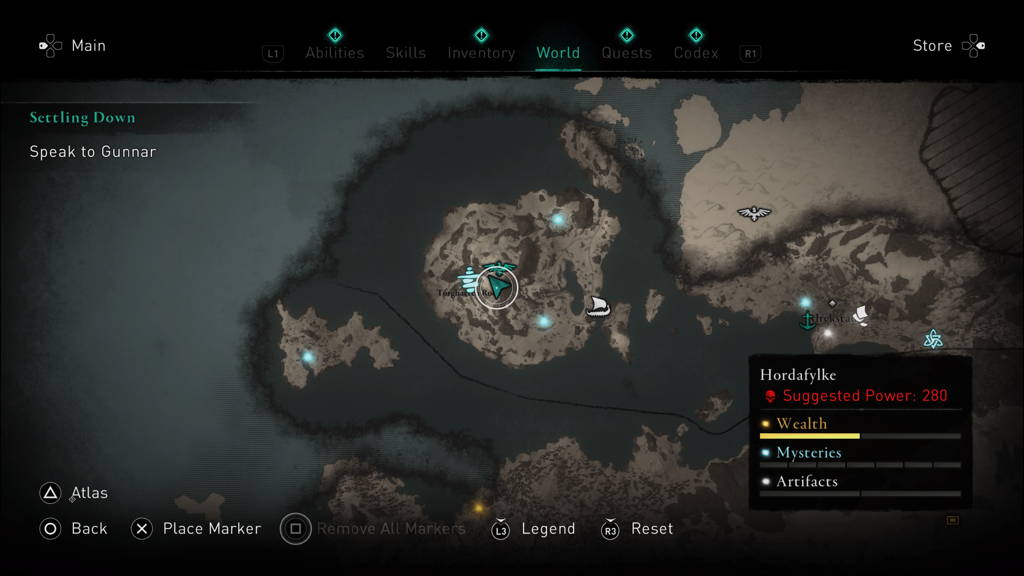 Once you have made your way to the island, you will see that there is a large mountain. The mountain essentially has a massive hole going through it. You can access the mountain hole from either the west or east side of the mountain. Take a look at the screenshot below to see what the massive mountain hole looks like. 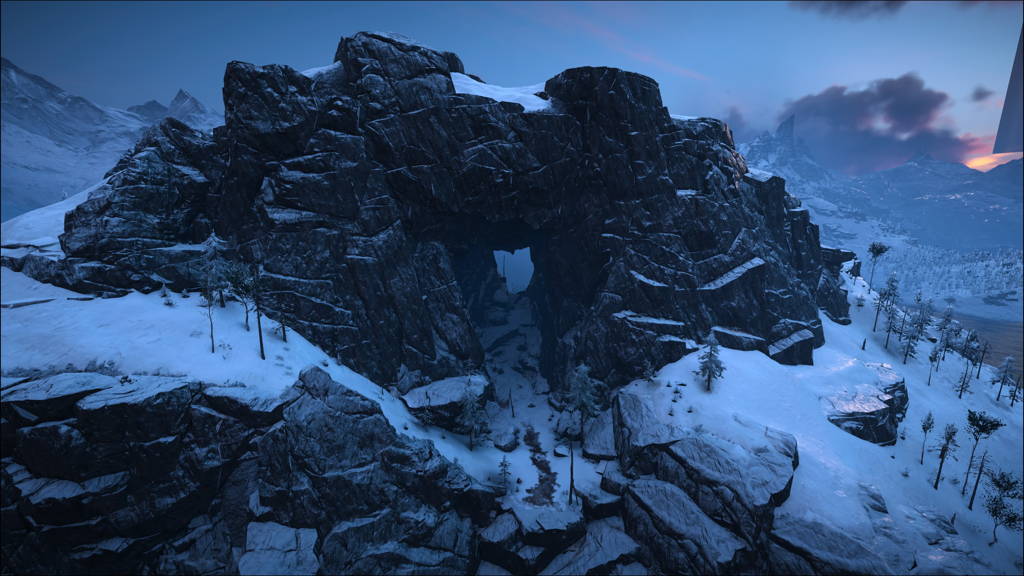 Make your way inside this huge tunnel-like structure and you will find the Treasure Hoard about halfway in.

If you prefer a video guide, take a look at the one below.