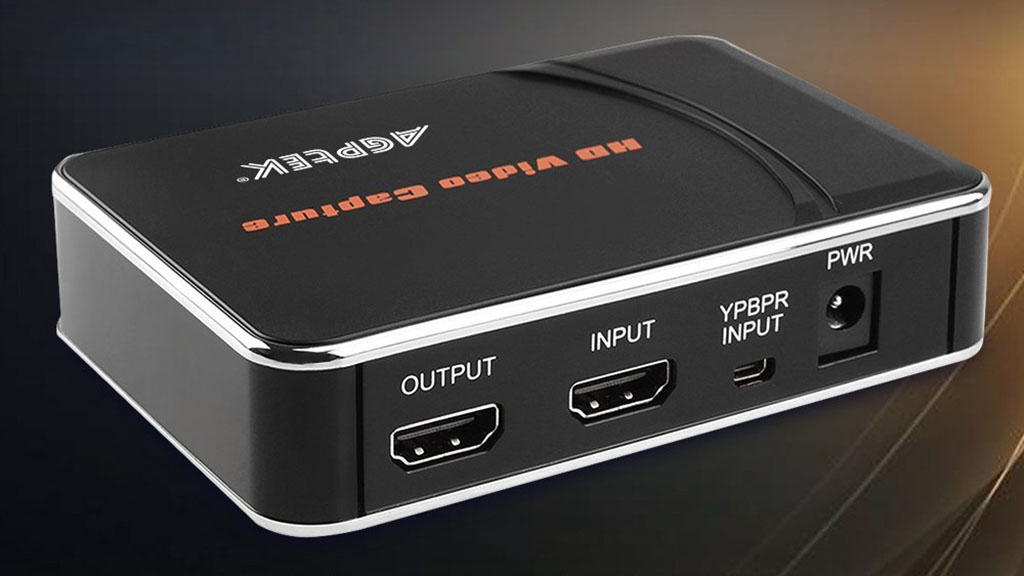 Recording game footage and posting it on YouTube is all the rage these days and while I’ve been quite happily using the PS4 built-in game capture function for my videos to publish to my whole 6 subscribers I though I would splash out a bit and get myself a game capture thingy.

My first option was going to be the Elgato but this was a bit pricey for me since it was Christmas and I was a wee bit skint. So I opted for the AGPTek HD Game Capture instead as it was only £56.79 on Amazon.

The AGPTek HD Game Capture is a fairly small device, it measure about 110mm x 75mm x 80mm and doesn’t weigh much at all. It comes in a fairly smart-looking matt black plastic box with chrome edging. 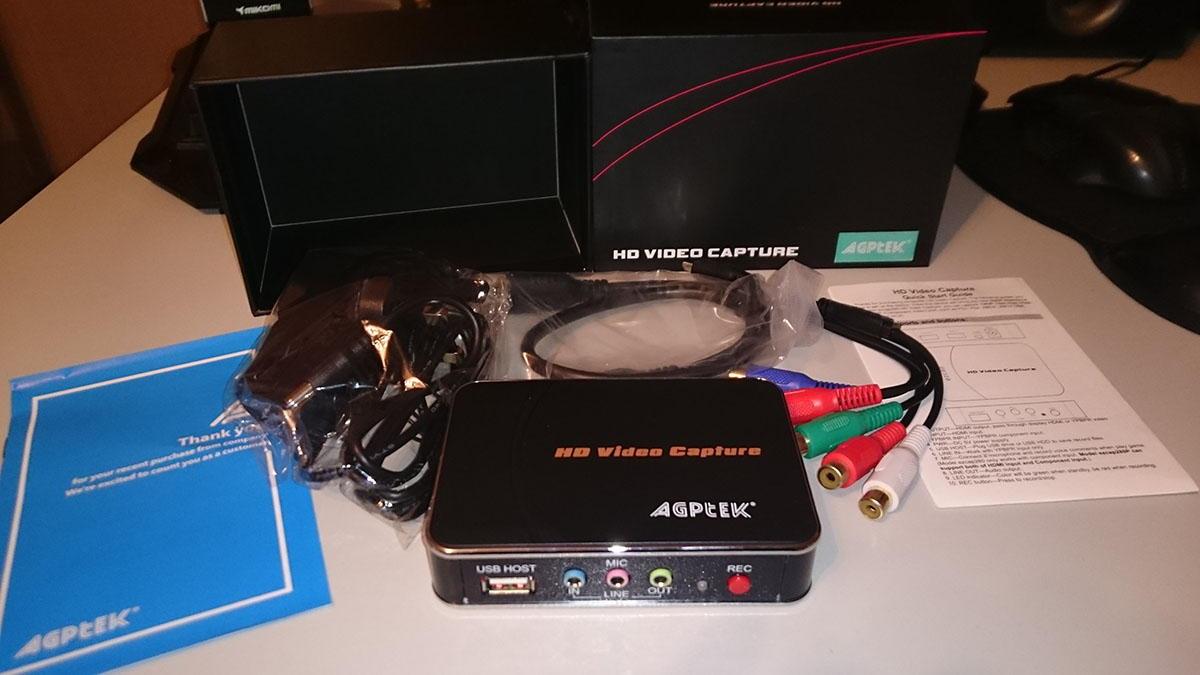 Included in the box is the HD capture device, a HDMI cable (1 meter), YPBPR cable, UK Power Lead and Plug, instruction manual and it also comes with a copy of Arcsoft Showbiz editing software on CD.

On the rear of the device you will find the HDMI input and output, the YPBPR input and the power socket. 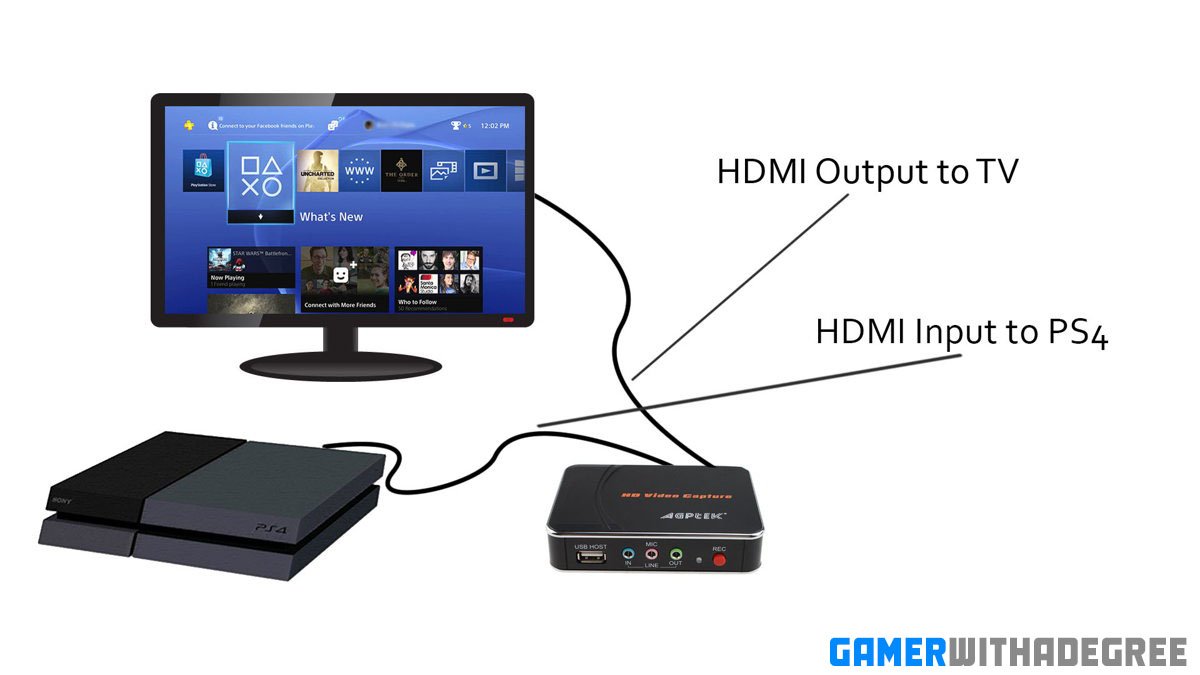 You will also need to disable HDCP by going to your PS4 and then settings > system and then uncheck Enable HDCP. I recommend doing this before setting up the HD Game Capture device as you will not be able to get a picture if HDCP is enabled.

Once everything is set up you can then plug a USB drive in to the USB Host port and then press the record button to start recording your game footage. THe light on the front of the device will turn red when it is recording. To stop recording, simply press the record button again and wait for it to stop flashing, you can then safely remove your USB drive. I was using a 32GB USB pen drive to record footage, I believe you can use an external USB Hard Drive but it must have its own power source.

Recording quality is perfectly fine on the AGPTek HD Game Capture. I captured the Assassin’s Creed Origins video above using it and found the quality to be more than adequate. Video will record at 1920×1080 resolution.

The video file can be fairly large with a 10 minute video coming in about 1GB. Recordings longer than 15 minutes also appear to split over multiple files, for example a 25 minute recording will be split into two files which is not great but they do seem to be seamless.

The AGPTek HD Game Capture does come with Arcsoft Showbiz though for editing. It is pretty basic software but easy to use and is fairly good for basic video editing.

If you do opt to buy the AGPTek HD Game Capture as a low cost alternative to say, an Elgato and you are mainly wanting to record direct to a PC or stream to Twitch then unfortunately the AGPTek probably won’t be for you.

This is where it all gets a bit murky. The Amazon description does mention ‘live streaming’ and states that the device is compatible with popular streaming software.

I have attempted to connect the AGPTek device to my PC with a USB cable and then use VLC media player to capture the game footage but VLC did not recognise the device. and the record button did not seem to function without a USB drive inserted.

I have tried searching online to see if anyone else has managed to get the AGPTek to stream or record to PC but it anything I have found is all about recording on to a USB stick.

The problem seems to be that there is a few different models of the AGPTek HD Game Capture. The model I got from Amazon was the VG0019 but there appears to be later models which could possibly have these features, it is possible the Amazon page is describing these later models and not the VG0019 which is the model which is being sold. It is fairly clear though that the Amazon description should not be what it is.

The AGPTek HD Game Capture is a fairly low cost alternative to the Elgato and other more expensive capture devices. If you are perhaps just getting started with youtube or just want to upload some game clips in 1080p to show your friends then the AGPTek might be a worthwhile purchase. However, if you’re not too bothered about 1080p video then it really offers no clear advantage over the PS4’s built-in recording function.

If you’re thinking about taking the whole YouTube gaming thing or Twitch streaming a bit more serious, then I would definitely go for a more established and feature rich, albeit more expensive option like the Elgato, AverMedia, etc.

The AGPTek HD Game Capture is a fairly low cost alternative to the Elgato and other more expensive capture devices. If you are perhaps just getting started with youtube or just want to upload some game clips in 1080p to show your friends then the AGPTek might be a worthwhile purchase.