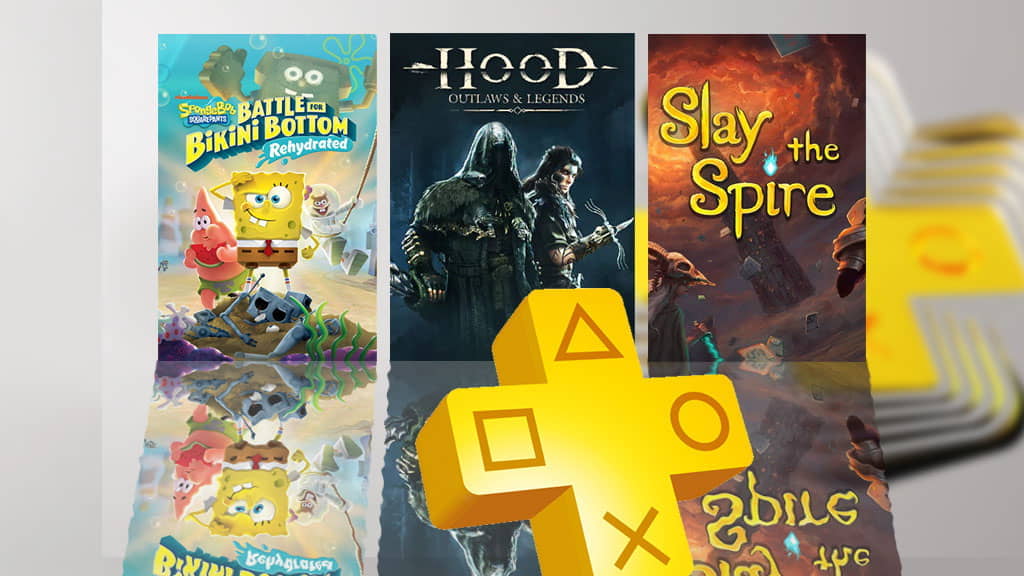 The FREE PlayStation Plus games for April 2022 have just been announced over on the PlayStation Blog. Sadly, it seems like it is yet another month of lacklustre offerings for PS Plus subscribers.

There are three games for April. A co-op PvE PvPvE third-person stealth game. A Spongebob Squarepants game and a deckbuilding game.

Let’s take a look at the PlayStation Plus games for April 2022.

First up is Hood: Outlaws & Legends an online multiplayer game where rival gangs compete to steal treasure from the rich and give it to the poor presumably. Hood: Outlaws & Legends consists of a PvE (Player vs Environment) and PvPvE mode. The game sounded pretty interesting when it was first revealed but it didn’t too terribly well in reviews.

Hood: Outlaws & Legends has a Metascore of 63 and a user score of 6.2 over on Metacritic. From what I have read, the active player base it pretty low so it’s no surprise it ended up free on PS Plus to try and boost the numbers a bit.

SpongeBob SquarePants: Battle for Bikini Bottom – Rehydrated is a remake of the original PS2 game of the same name. It is a platforming game Apparently the original game gained a bit of a cult following, hence the remake. The PS4 version of the remake does get a pretty good user score of 8.9 on Metacritic so it can’t be too terrible.

It also looks like it has a reasonably easy trophy list and a 15 – 20 hour platinum according to PlayStation Trophies. Probably worth adding to your library to play later.

Slay the Spire is a fantasy deckbuilding adventure game that fuses together card games and roguelikes. Card-based games aren’t my cup of tea but they might be yours. The game gets a pretty good 88 Metascore on Metacritic. The trophy list looks kinda tough though with PlayStation Trophies giving it a 7/10 platinum difficulty rating, with the game taking about 75 hours to platinum. And it’s very luck and skill dependant.

And that is the three FREE PlayStation Plus games for April 2022. Nothing there that really looks like a “must play.” But Spongebob Squarepants: Battle for Bikini Bottom – Rhydrated might be fun to play if you have absolutely nothing else to play.