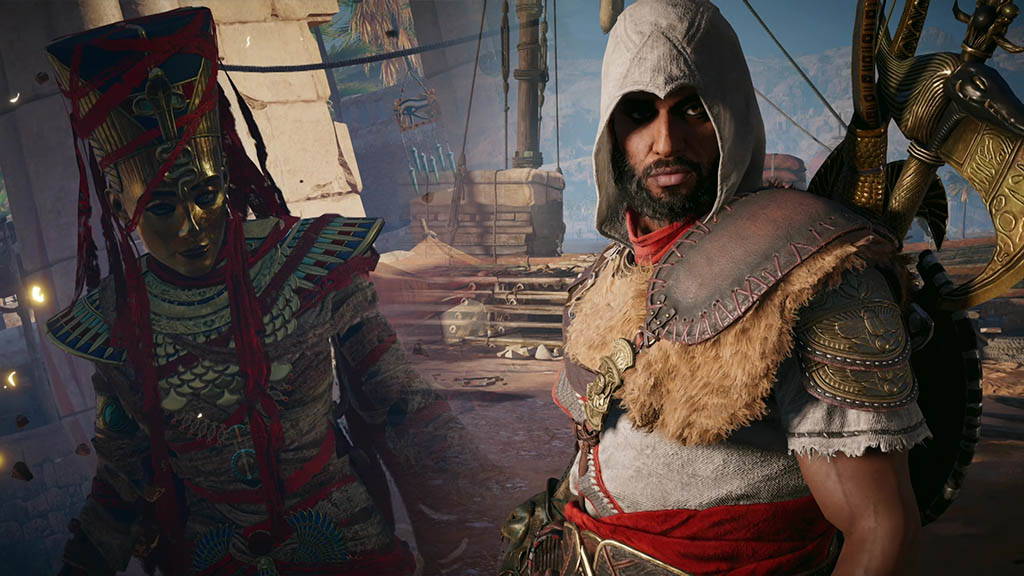 Ubisoft has released the exciting looking launch trailer for the Curse of the Pharaohs DLC, the second Assassin’s Creed Origins expansion.

In the trailer we see a couple of the undead Pharaohs we’ll be up against as well as one of the huge Scorpians we’ll have to fight.

In Curse of the Pharaohs, which is set 4 years after the events of the main game, Bayke travels to the ancient capital city of Thebes to investigate a curse that is plaguing the region.

Curse of the Pharaohs will immerse us in Egyptian mythology, challenging us to battle famous pharaohs and mystical creatures according to the accompanying press release. We’ll also get to investigate the temples of Karnak and Luxor as well as well the secret tombs of the Valley of the Kings.

From information previously released about the Curse of the Pharaohs, we know that the level cap will be raised to 55 and there will be new crafting levels as well as new outfits, weapons and mounts to earn.

There will also be new abilities to unlock, including a really cool sounding one called Overpower Fury, which heals Bayek everytime you perform an Overpower attack.

Theres also four new archery skills to unlock which lets Bayek pull off even more lethal kills with his array of bow and arrow weapons.

The new skills and abilities will require 15 skill points to unlock, so theres plenty of to grind for in Curse of the Pharaohs.

As well as new gear and abilities, we’ll also have to defeat some tough new enemies called Shadows of the Pharaohs. These enemies, which sound similar to the Phylakes from the main game, appear randomly in the world and there will be a limited time window to track them down and send them back to the underworld.

I’ve took the week off work to play Curse of the Pharaohs as I expect it will be far bigger and more substantial than The Hidden Ones, I also expect it will be alottougher to in terms of difficult enemies if the Lights Among the Dunes quest was anything to go by.

Curse of the Pharaohs will be out tomorrow at some point.