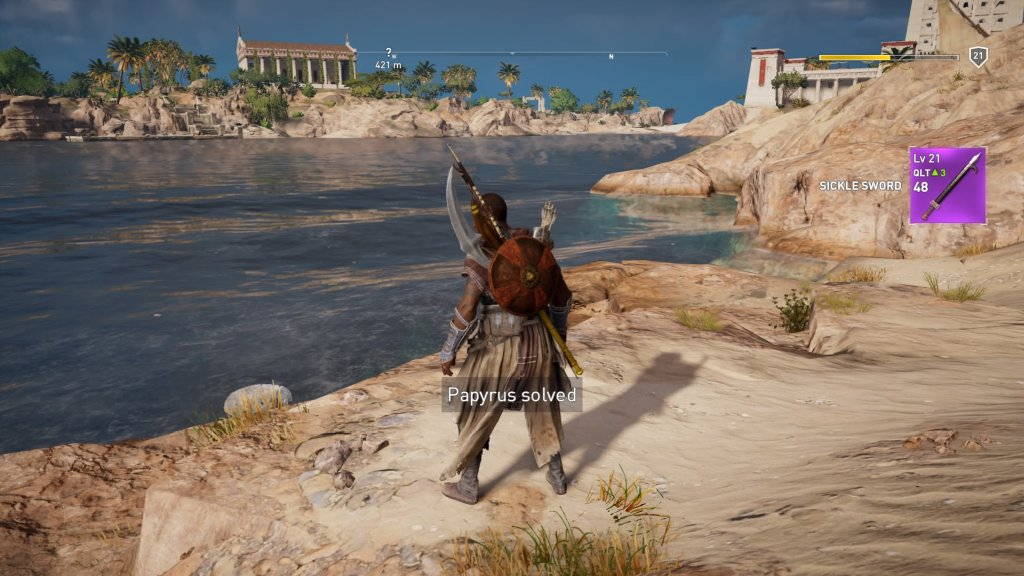 Assassin’s Creed Origins is a fantastic game and I am having an absolute blast finding and solving the Papyrus Puzzles that are located throughout the game world.

This time we’re solving the Deafening Silence Papyrus Puzzle, this one is actually pretty easy and you don;t have to travel far from where you find the Papyrus scroll.

The Deafening Silence papyrus can be found on Alexandria’s northern island, inside a building that is called Iseion. Head through the main door of the Iseion and you will see a statue in front of you. The Deafening Silence Papyrus is located on a table behind this statue.

The Deafening Silence cryptic clue reads: “Alexandria is large and noisy, but one part is quiet and lonely, and surrounded by water. The fallen Palm Tree points to where I lay, where lands meets water.” 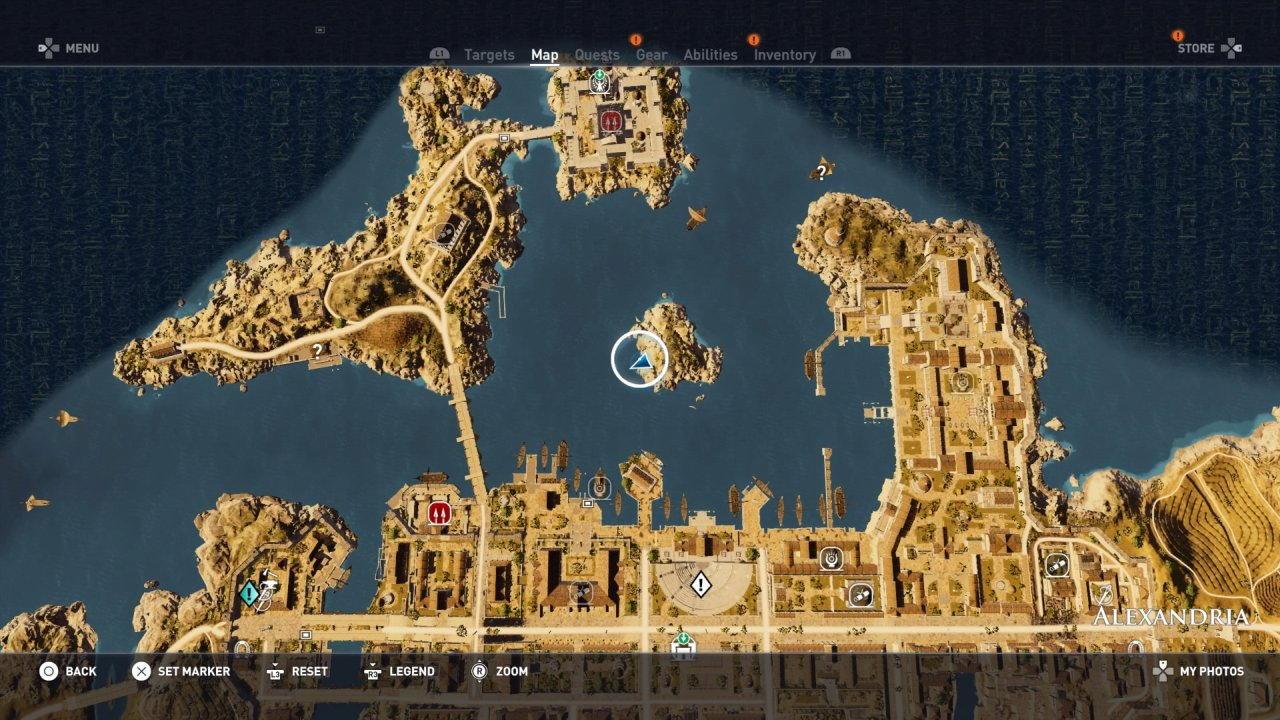 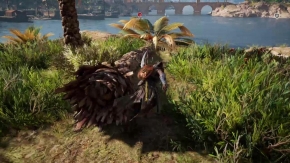 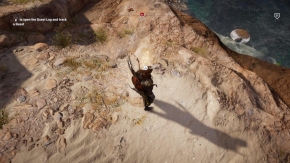 The Papyrus Puzzle solution is located on the island east of the Iseion building. Head to the east coast of the northern island and grab a passing boat or swim across to the island. When you are on the island there is a fallen palm tree just like the clue says. Follow the direction the palm tree is pointing in and the solution and sweet loot is on the beach near the water.