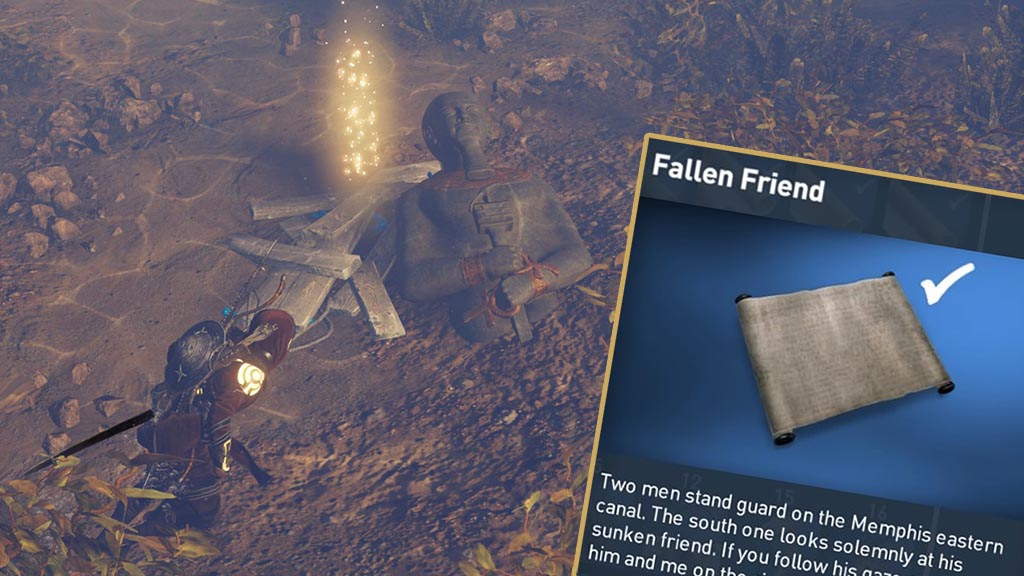 Fallen Friend is yet another one of the awesome papyrus puzzles you can find in the Assassin’s Creed Origins world. Like the other papyrus puzzles, this one requires you to solve a cryptic clue to find some hidden treasure.

Fallen Friend is one of the more trickier papyrus puzzles I have come across, probably because I was reading the clue wrong but I did eventually find the hidden treasure. 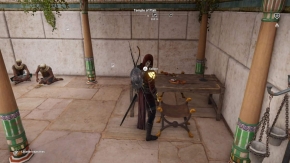 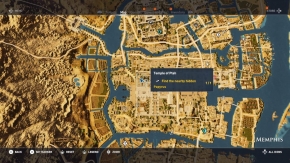 The cryptic clue for the Fallen Friend papyrus reads “Two men stand guard on the Memphis eastern canal. The south one looks solemnly at his sunken friend. If you follow his gaze, you can find him and me on the river floor.”

The first part of the clue seems to be talking about two statues, there are indeed two statues of men looking like they are standing guard at the mouth o f the eastern canal. If you head directly east from the Temple of Ptah towards the canal and river you should spot these two statues. 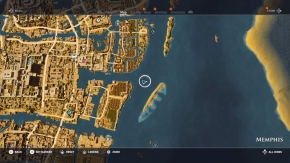 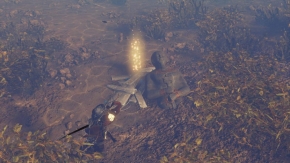 If you are coming from the direction of the temple, the right hand statue is the southern one mentioned in the clue, if you look out towards the river from this statue you should see a mast of a sunken ship partially sticking out from the water. Swim to this mast and then dive under the water. Keep to the floor of the river and swim around a bit closer to the city and you should eventually come across another statue lying on the river floor, this is the ‘sunken friend’ mentioned in the clue. The treasure is located next to this sunken statue.