Home / Guides / Assassin’s Creed Origins: How to Tame a Lion 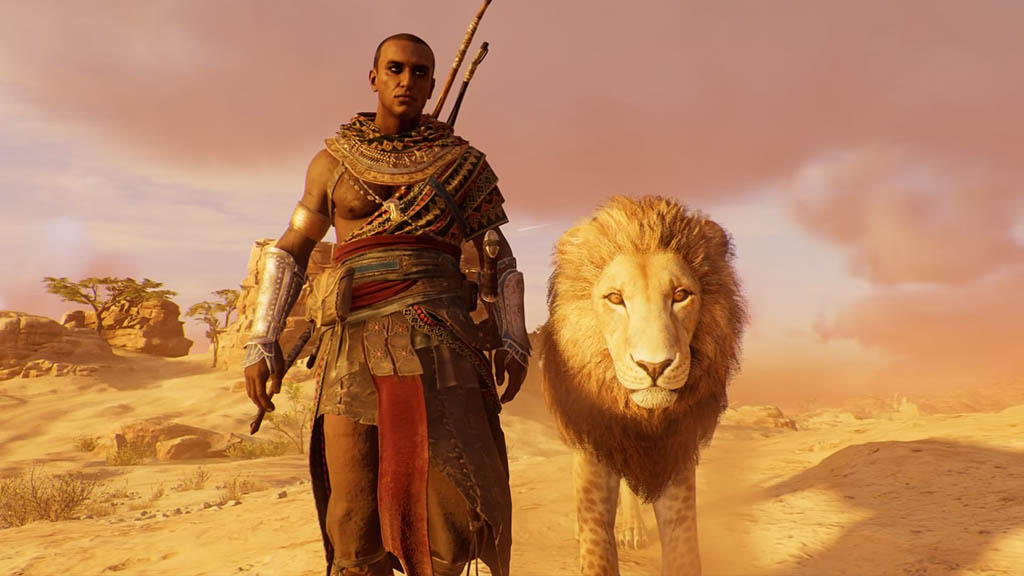 Lion’s are generally huge and scary and if you come across one whilst playing Assassin’s Creed Origins those huge cats will try to maul you to death in a heartbeat.

Thankfully, Assassin’s Creed Origins allows you to tame these wild creatures so you no longer need to run for the hills when you see one instead you can turn this ferocious animal in to your own cuddly pet.

Before you can tame a Lion in Assassin’s Creed Origins, you will need to unlock two skills in the Seer skill tree. To tame Lions and other animals you have to unlock Sleep Darts and Animal Tamer, so keep playing until you gain enough skill points to get these two unlocked.

Now that you have them equipped, when in the game hold left on the d-pad to switch to the Sleep Darts. Now you need to find a Lion. I found my Lion is Saqqara Nome but I’m sure you can find them all over the place. You can sometimes find them locked in cages in various enemy camps.

Once you’ve found a Lion, sneak up on it and throw a sleep dart at it, if you hit it a little icon will appear above the icon letting you know the big, scary cat is out for the count. Now, simply approach the Lion and hold triangle to tame it. Once tamed the Lion will awake and you will have your very own pet Lion. Cool.

Taming a Lion will also unlock the Roooaaarrrrr! Trophy.

You’re pet Lion will now follow you around and will respond to your whistles. Your pet Lion can be used for hunting other animals for resources or for attacking bad guys. Your Lion can be killed though and that would be sad.