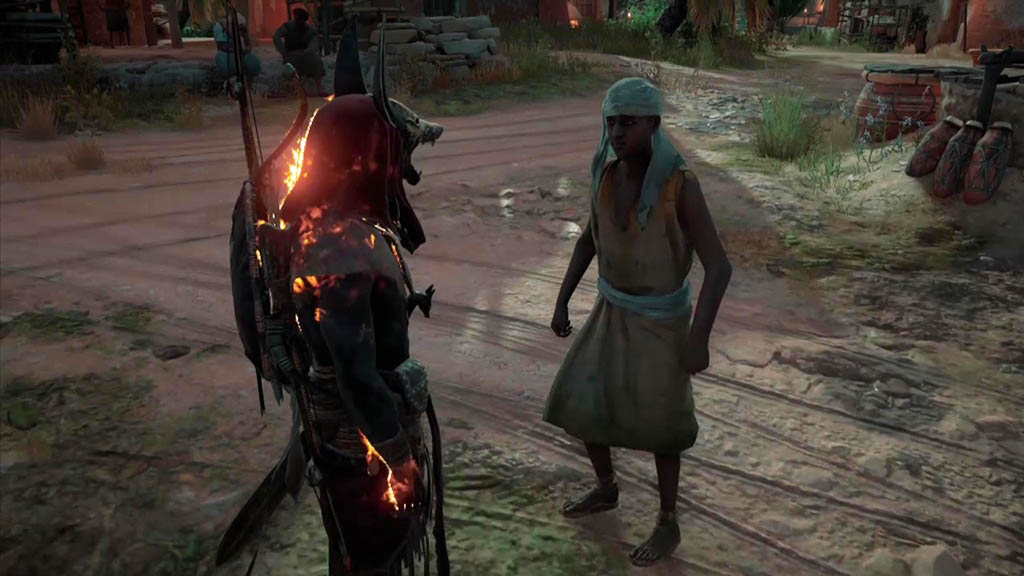 you Incoming Threat is a brand new quest that was added to Assassin’s Creed Origins with patch 1.2.0. This quest leads in to the release of The Hidden Ones expansion.

“Siwa appears to be once again under threat. Bayek must head off the looming incursion and learn about where it came from.”

The quest marker for Incoming Threat can be found in Euhemeria, Faiyum.

Once you fast travel to the location you will be shown a short cut scene, you will talk briefly with someone who tells you that their master, Otis, is Anxious that you get a letter. Once the cut scene ends you will recievethe quest item  Letter from Otis.  The letter is from someone called Otis who is a scribe at the Royal Palace. In the letter Otis warns Bayek that Siwa is in danger again. The letter explains that a Roman Commander has been bribing some Siwan officials  in preperation to take over the entire village. 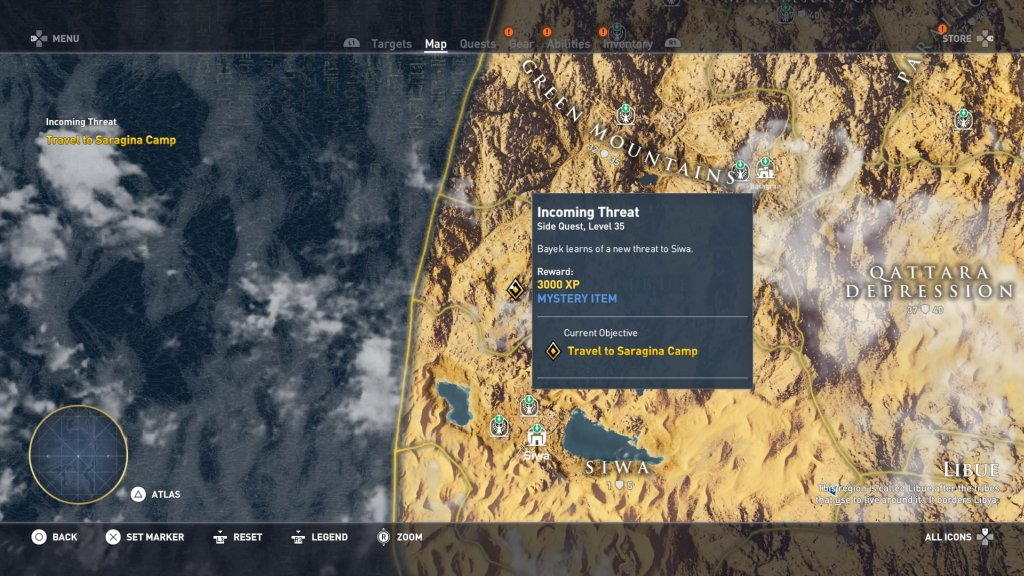 For the next part of the quest you will have to travel to Seragina Camp which is in the western part of Libue. When you reach the camp you will encounter some level 32 enemies, they shouldn’t be too much trouble to deal with if you are at the reccomended level of 35 or higher.

Whilst still in the Seragina Camp the next quest step will be to kill the invaders. There will be a few soldiers who attack you from the ground who are level 31, finish these guys off and you should see a couple of markers for two other soldiers you have to kill. One is standing at a lookout point at the edge of the camp and one is at the top of a high tower in the middle of the camp. 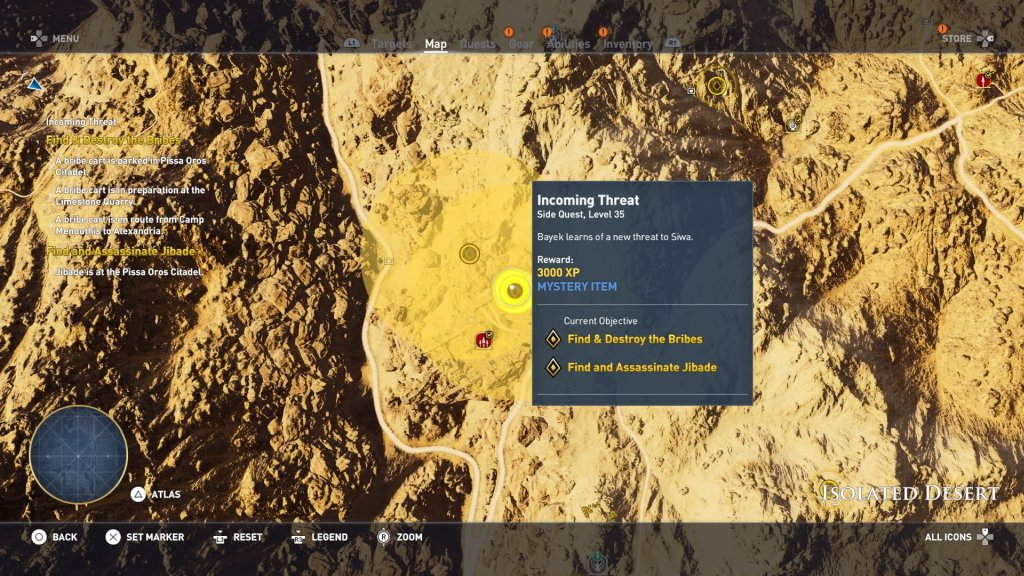 Once you have finsihed off the invaders the next quest step will be to find and destroy the bribes mentioned in the military orders and assassinate someone called Jibade.

The bribes are carts with large vases or jars on them, it these jars that you have to destroy.

One of the bribes is located in Pissa Oros Citadel in the Isolated Desert, one is at the Limestone Quarry in Haueris Nome and the last one is located at the eastern end of Kanopos Nome.

You can destroy the bribes in any order I think, I went to Pissa Oros Citadel first as that was the nearest one. Pissa Oros is also where you will find Jibade, the person you have to assassinate.

Pissa Oras is quite a large place and there are a ton of enemy soldiers who are level 37 which makes them a wee bit tougher, especially if you are a lower level. If you are a lower level I would reccomend a stealth approach to minimize encounters with multiple enemies, if you’re level 40 just go in with swords and arrows flying. 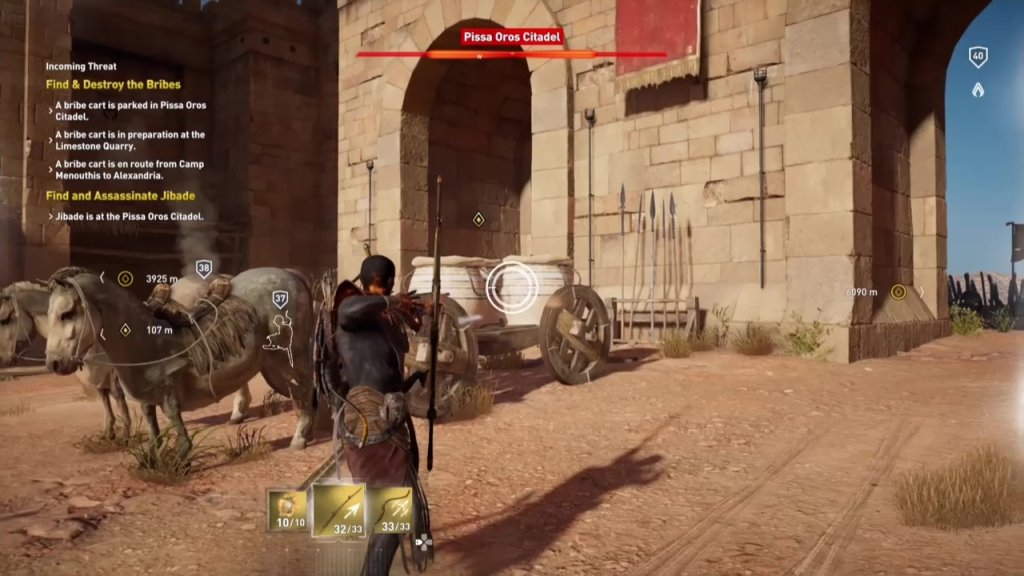 The cart with the bribes can be found in the western part of the compound, you can destroy them with arrows or with your sword. 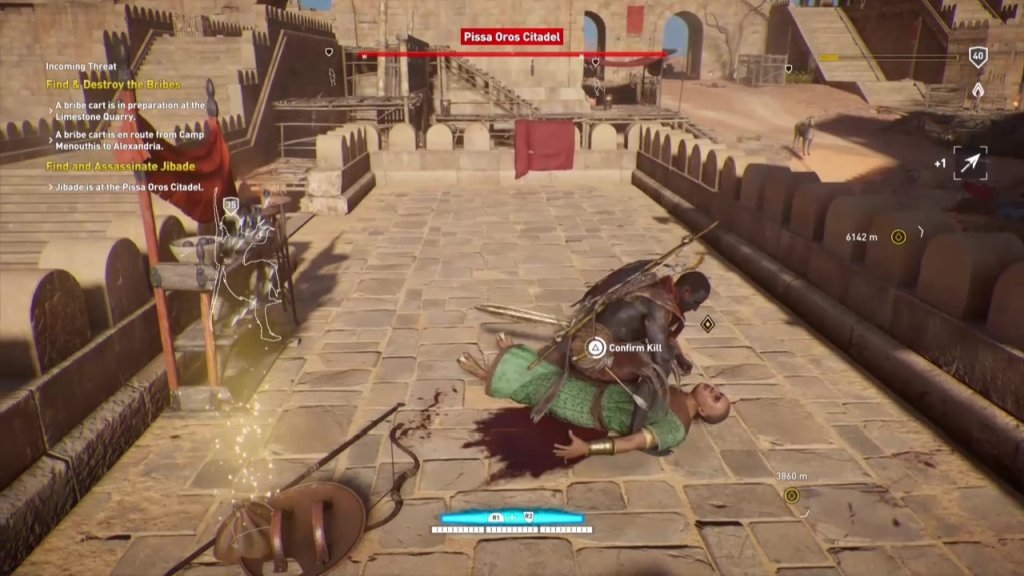 Once you have destroyed the bribes, go and find Jibade and assassinate him. THere will be a few enemies you will have to deal with on the way, they are about level 35 so should be fairly easy to deal with if you are at the reccomended level. Jibade doesn’t seem to put up much of a fight and is pretty easy to kill. Once you have assassinated him, confirm the kill and then it’s on to destroying to the two remaining carts with the bribes. 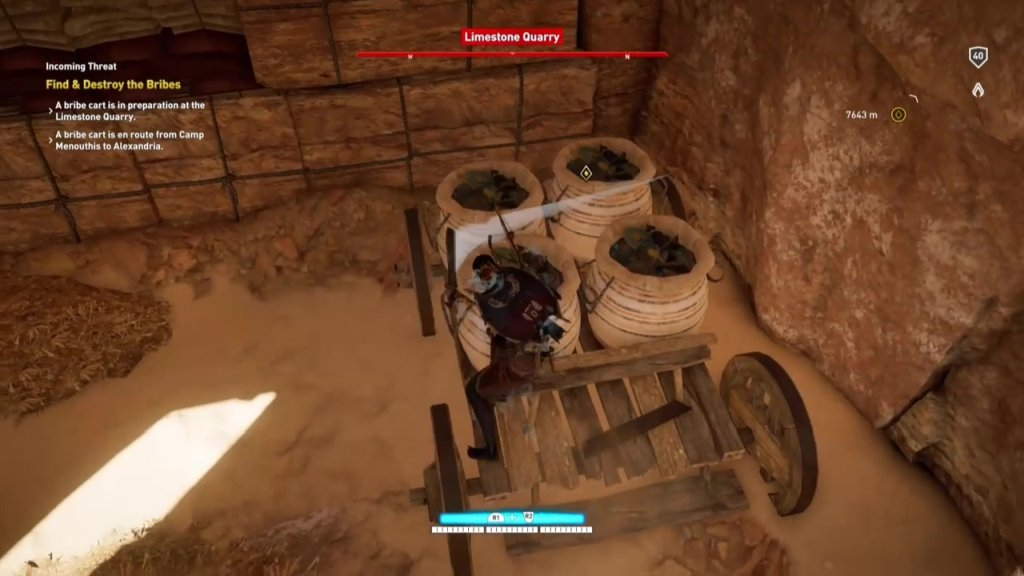 The next cart with bribes on it will be at Limestone Quarry in Haueris Nome. There will also be a few enemies here but shouldn’t be too difficult to take care of.

The final cart with the bribes is located at the eastern part of Konopos Nome, east of where the Hippodrome is. There will be a few soldiers surrounding the cart, take care of them then destroy the bribes for the next part of the quest.

When arriving at Otis’s house you will be greeted by some Roman soldiers who are about level 35. Take care of the soldiers (there’s also one upstairs who will come down). 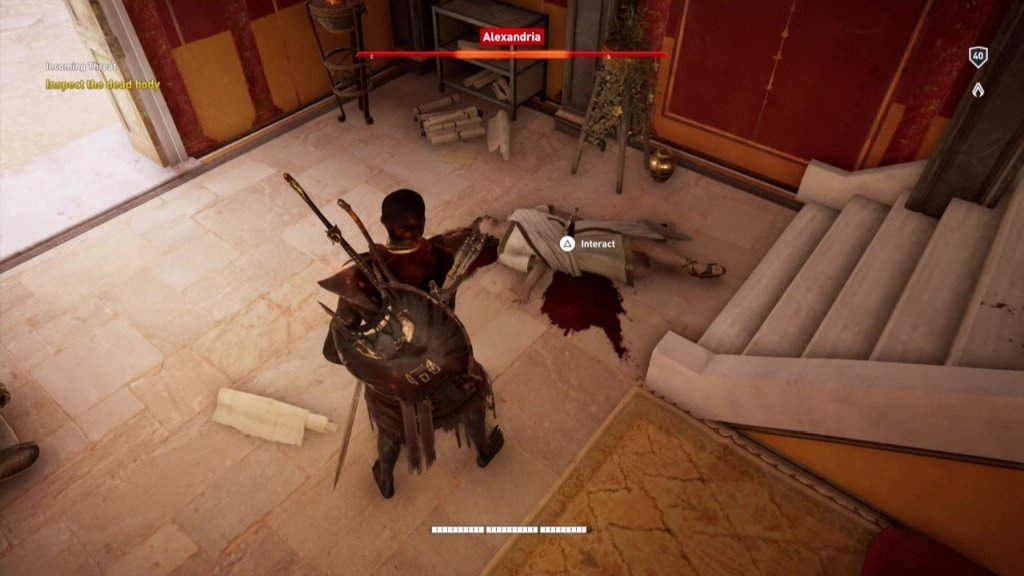 Once you have taken care of the soldiers it becomes apparent that Otis has been killed. Interact with his corpse and Bayek will confirm that it is Otis who is lying dead. This will then start an investigation area in Otis’ house.

In total there are six things you need to interact with/investigate. On the ground floor you need to interact with a dead servant, scrolls on a table and a shelf of letters and papers. Then head up the stairs and interact with another dead body, a blood stained blanket on a couch and large jar/case looking thing. When you interact with this jar Bayek will remark that there is something inside of it. Break the jar and you will find some hidden notes, interact with the notes and you get Otis’s Notes. The notes describe a Roman General named  Rufio who plans to create a network of Egyption and Greek collaborators throughout the country.

Bayek then says that if he gets the chance he will make certain that Genera Rufio pays. It seems likely that General Rufio will be a main baddy in The Hidden Ones expansion.

And that is the Incoming Threat quest completed. You should get 3000 xp and a rare weapon for completing the quest.