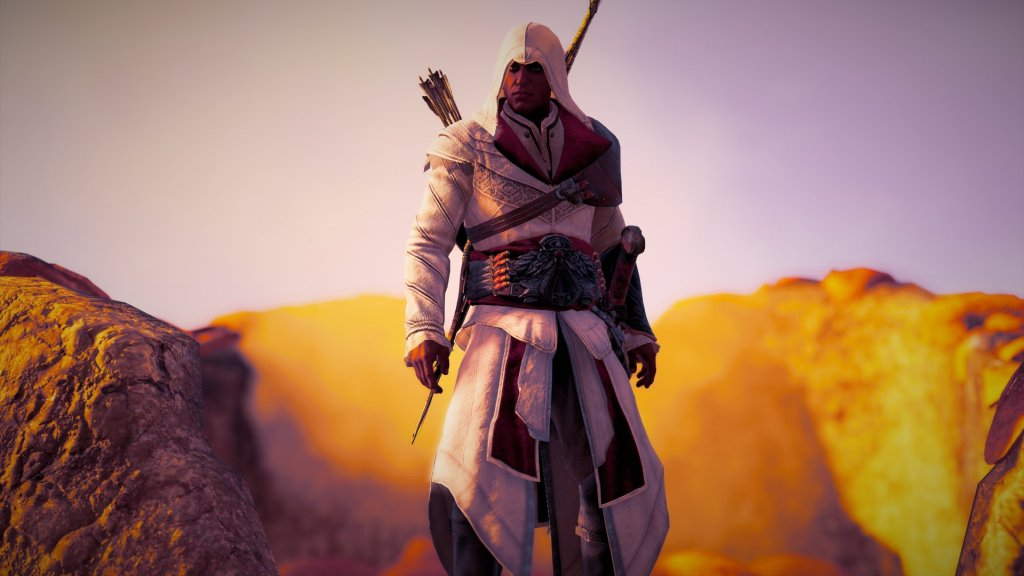 Just one more papyrus puzzle to solve now, will the platinum trophy unlock after that or will I have missed some locations? Ohh, the anticipation.

The Just Laws hidden papyrus puzzle can be found in the House of Iwn which is south of Philadelphia on the west coast of the big Faiyum Oasis island. Enter the house and the hidden papyrus will be on a table in the middle of the house. 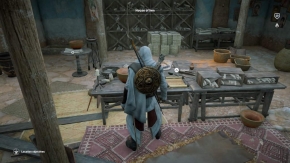 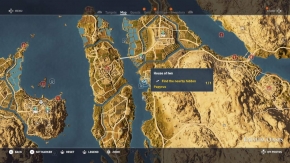 The cryptic clue for Just Laws reads: “In Atef-Pehu Nome there is a law that states that you can only make pottery on the east side of the road. I’m hidden atop the one illegal clay smoker in the region.”

So, we know we need to head to Atef-Pehu Nome and that the treasure will be somewhere on the west side of a road. Fast travel to Kerka, the main town  in the south-east of Atef-Pehu Nome. Open up the world map and you will notice a main road which runs by Kerka to the east.

Travel north on this main road and about 620 or so meters up the road on the left or west side, you will see a small stone building which has smoke billowing out of it. this is the illegal clay smoker as described in the clue. Climb on top of this clay smoker and there you shall find your hidden treasure.