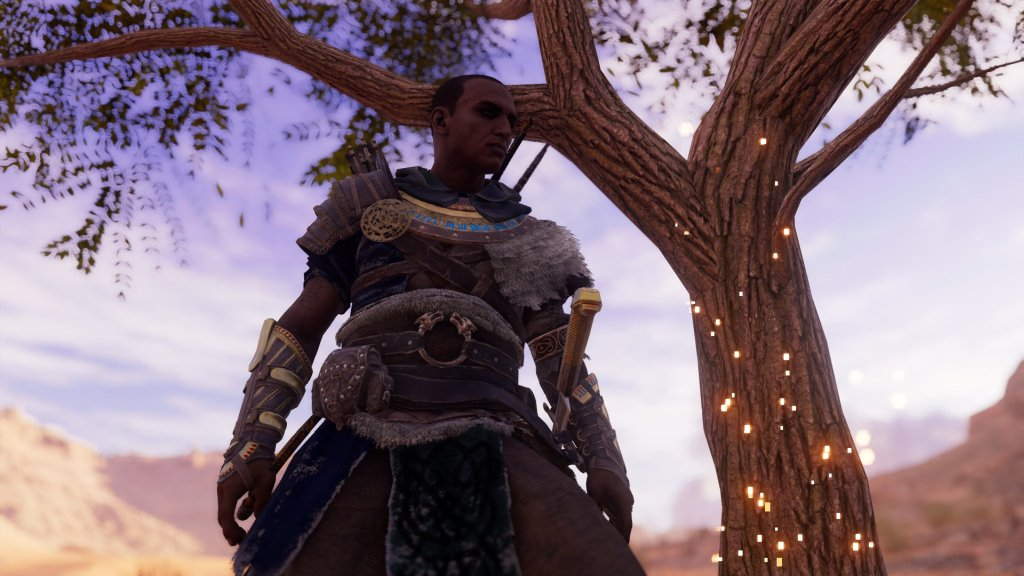 The Ray of Hope hidden papyrus scroll can be found int he Tomb of Alexander the Great in Alexandria, which  is on the north of the world map. When you enter the tomb you will see lots of pillars and three statues, climb up one of the pillars to you reach the upper level. You will see another three statues up here, the hidden papyrus as at the feet of the statue with its arm held out. 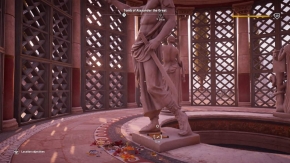 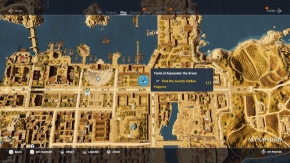 The cryptic clue for Ray of Hope reads: “In the Qatara Depression there is only one place that isn’t dry and sad. At dawn’s first light, there is one near the valley’s entrance whose roots are halfway between Ra’s glory and Apophi’s shadow. Find me there but make haste, for Ra moves quickly.”

If you’ve completed all the Hermit Location in Assassin’s Creed Origins you might already know where this “place that isn’t dry and sad” is. That’s right, the clue is referring to Aquifer Oasis.

You’ll have a bit of horse or camel riding to do as the nearest fast travel point to Aquifer Oasis is over 1000km away.

If you head to Aquifer Oasis from the north road, you will enter the valley and you should notice a short tree, not a small tree but a tree that looks like it is buried waist deep in sand. This is the trees “whose roots are halfway between Ra’s glory and Apophi’s shadow.” The treasure is next to this tree.

I hope you found the papyrus puzzle guide useful, feel free to check out my other papyrus puzzles solutions and guides.
Papyrus PuzzleAssassin's Creed Origins