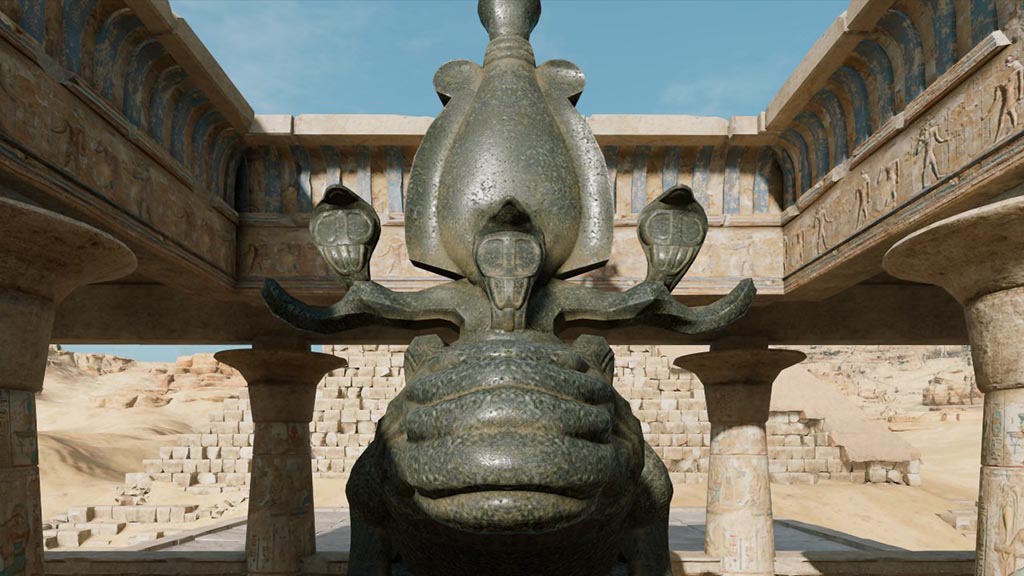 Sobek’s Rage is another papyrus puzzle waiting to be solved which will get you some sweet, sweet treasure. 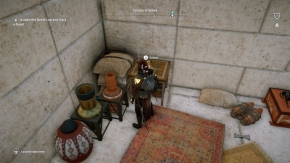 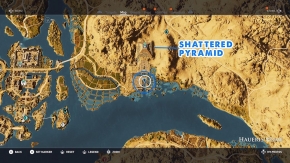 The Sobek’s Rage papyrus cryptic clue reads: “East of Krokodilopolis, south of the shattered pyramid, a large beast of a god stares angrily at a pharaoh who shows him no respect. I’m hidden behind the blasphemers head.”

Just as the cryptic clue says, head east of your current location to the first pyramid you see on the map, this is the ‘shattered pyramid’, if you then head south at the pyramid you will come across a large stone structure or structures. Use Senu to fly around this large stone structure until you spot a large crocodile statue (Sobek), if you look where the Sobek statue is facing you should notice another statue that has his back turned and you will probably just notice it’s head if your standing at the Sobek statue. 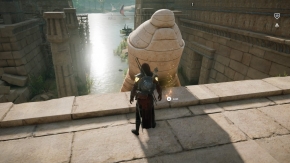 This statue is the one that’s showing no respect, because it has it’s back turned to the Sobek statue. Climb up to the roof that is behind the statue and you will see the treasure behind the statues head.