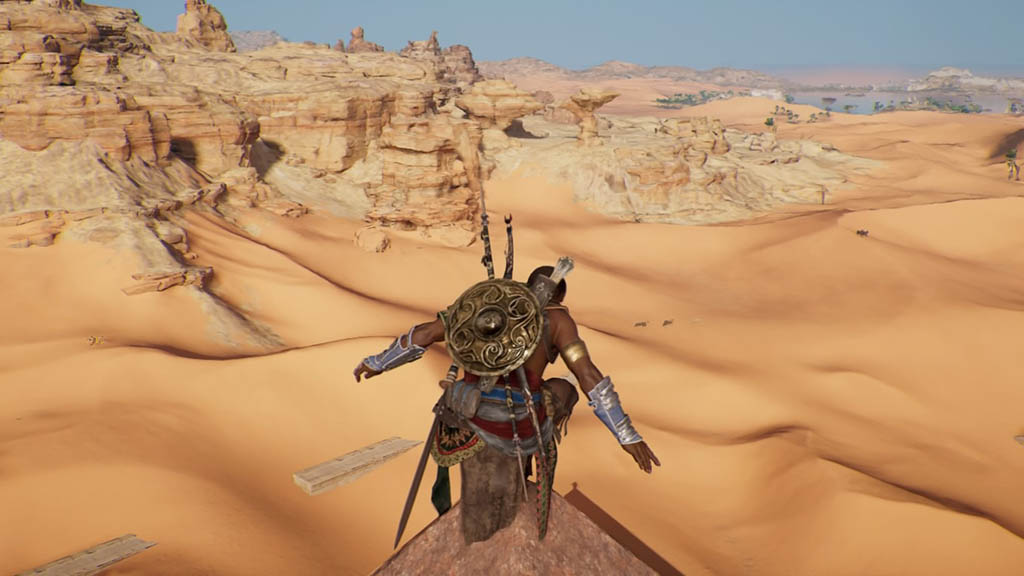 The first stop in solving this Papyrus puzzle and finding your self some rather tasty treasure is to locate the Papyrus scroll which has the cryptic clue on it. You’ll need to solve this cryptic clue to help discover the location of the sweet treasure and solve the Papyrus, or you can just keep reading and I’ll show you exactly where to find that awesome loot.

The Stone Fungus Papyrus can be found at Eastern Cemetery Mastaba in Giza, it is a ruined looking building east of the northern most pyramid. If you climb on to the roof of this building, you will see a hole in the ceiling in which you can drop down. You will find the Papyrus sitting on a wooden table, collect it and take a look at the cryptic puzzle.

“In Giza, three Pyramids stand tall. From the top of the smaller one you can see quite a lot, even two mushroom rocks, the smaller of which I lay atop of.”

OK, straight forward enough, we’re already in Giza and we can just open up the map to identify which of the pyramids is the smallest, easy. Next, climb on top of this pyramid, if you like or just take a look below, and spot two rocks which are shaped like mushrooms.

My eyesight is terrible so I had a tough time trying to spot these two rocks but I found using Senu or photo mode to zoom in helped with finding the rocks mentioned in the puzzle. Once you’ve spotted the two rocks, you’ll want to climb up the one on the right. 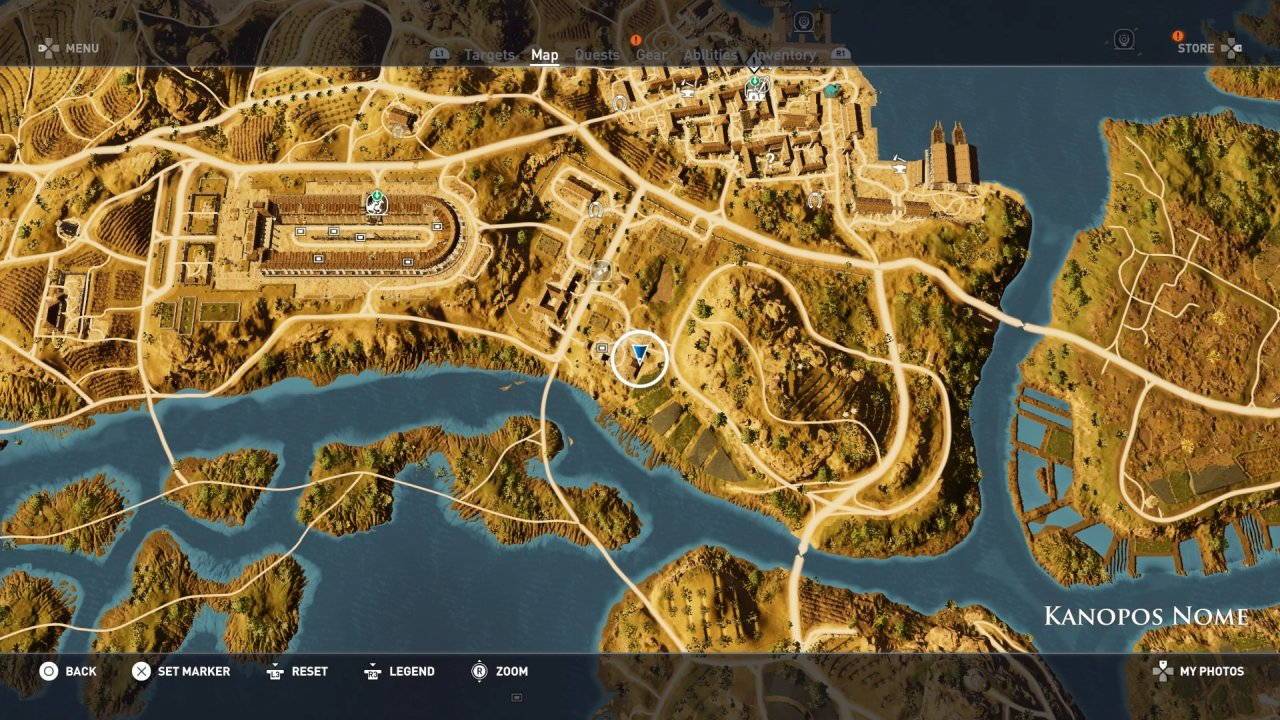 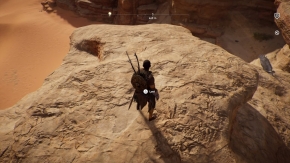 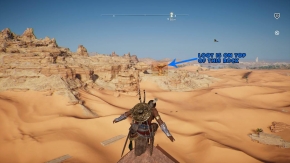 Once you’ve climbed up to the top of the rock you can then solve the Papyrus and collect your sweet, sweet loot.