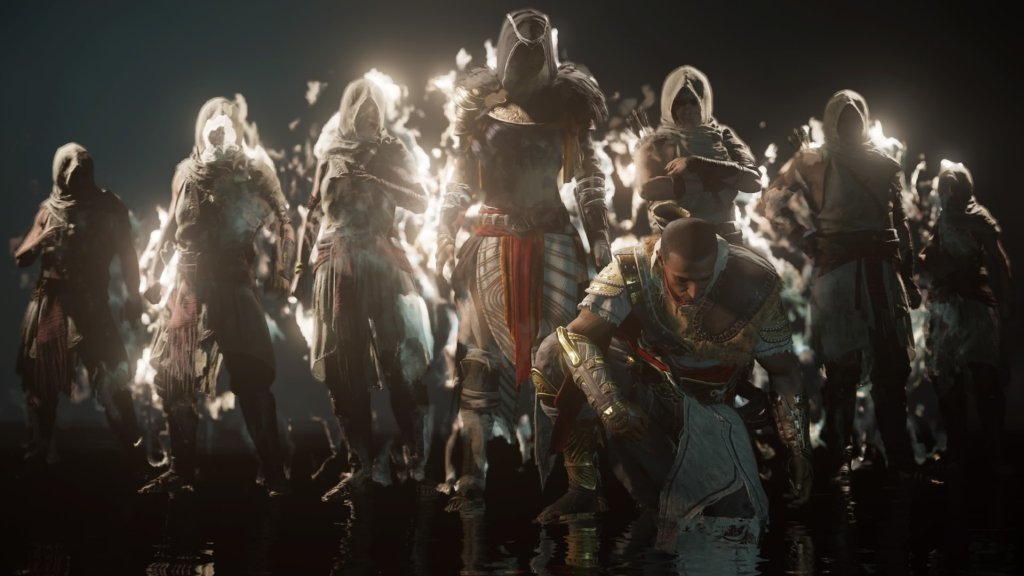 The Hidden Ones certainly doesn’t disappoint in the adventure front, or in any front actually. As far as DLC’s go it is really, really good and adds not only a great new story that continues on from the events of the main game, but also adds a huge new region – the Sinai. 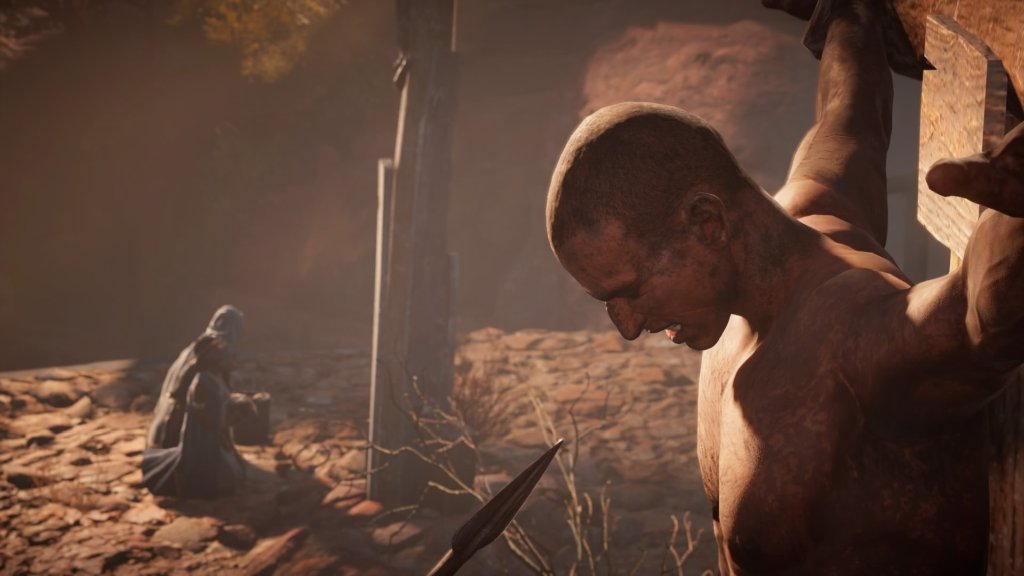 The main story of The Hidden Ones, although only about a few hours long is really good and focuses more on the origins of the Assassin’s Brotherhood. It takes place four years after the events of the main game.

Essentially, Bayek hears that the Sinai is at war with the Roman and travels to the region to help out when two members of The Hidden Ones are killed.

Once there Bayek meets up with the rest of The Hidden Ones and the leader of the rebels who have been fighting the Roman’s.

The main story quests involve hunting down and killing three Roman lieutenants and in doing so draw out the main bad guy, a Roman general named Rufio. It all sounds like pretty standard stuff, kill some mini-bosses then kill the main boss and that’s it job done right? Well, not exactly, there is a cool little twist where Bayek also must kill who you would have thought was one of the good guys. Turns out this good guy isn’t so good though as he’s been sacrificing innocent people by pissing of The Romans, who then attack the villagers.

Overall I really enjoyed the story, it provides some good insight in to the origin of the Assassin’s Brotherhood with Bayek recruiting some new members of The Hidden Ones throughout the campaign.

The increased difficulty of the new region and quests was also very welcome as I felt it lends to a sense of struggle between the Egyptians and the powerful Roman invasion force. 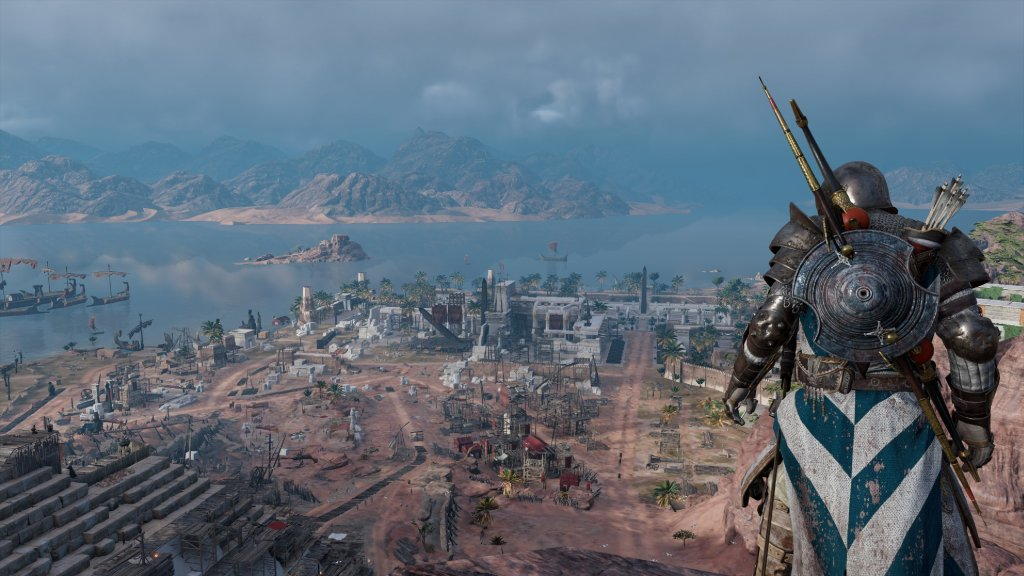 The new Sinai region is pretty expansive considering it is a DLC region. The area is very mountainous, so there is a lot of climbing to do to get to various objectives or just for general exploration.

The Red Sea is to the west of the region, and the north part of the Sinai, Arsinoe is a bit more lush and oasis like with the central and southern areas, Klysma Nome and Madiama Nome being very mountainous, Madiama Nome also has a large desert to the south of the area.

Like the main Assassin’s Creed Origin’s game, the areas of the Sinai also have bustling towns, quarries and some half-built pyramids to explore. Theres also new temples and some awesome looking landmarks like the large black and gold obelisk next to the Temple of Thoth in Arsinoe Nome.

My only gripe with the new world, and this is probably a very small gripe, is that it is a completely separate location from the main game world. I was hoping that the new region would be kind of joined on to the main game world so that you could travel between them easily, instead you have to open up the map and press triangle to open the atlas and select a fast travel point in the main world to get there. 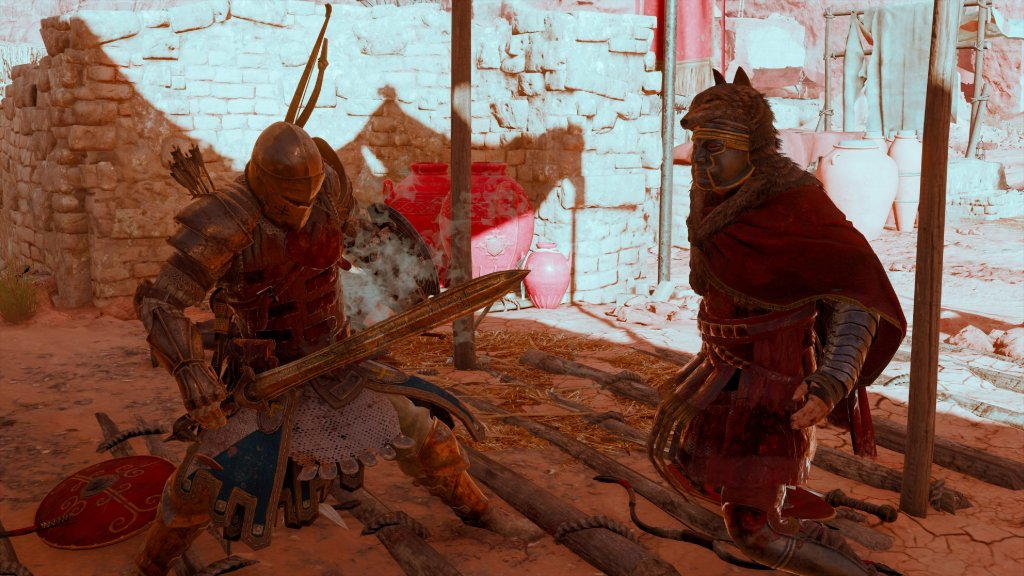 Not much has changed gameplay wise with The Hidden Ones, though that is a good thing as the gameplay in AC Origins was just spectacular. There is an increased difficulty and increased level cap to 45,. Ubisoft recommends at least level 40 before attempting The Hidden  Ones quests, and I can see why.

There are tons of Roman military camps dotted throughout the Sinai and some of them are pretty tough, even when I was at max level. A lot of the camps are densely populated with Roman soldiers and it was very easy to get over run with soldiers attacking you with swords and melee weapons to arrows flying at you from every direction.

As well as the main story quests, there is also a few side quests in The Hidden Ones which can net you some nice, fancy gear, like a new mount. The DLC also saw the very welcome return of the side objectives from the main game, like finding all the Stone Circles, Places to Rest and Synchronisation Points and of course one of my favourite side activities also made a return in the DLC – Papyrus Puzzles. 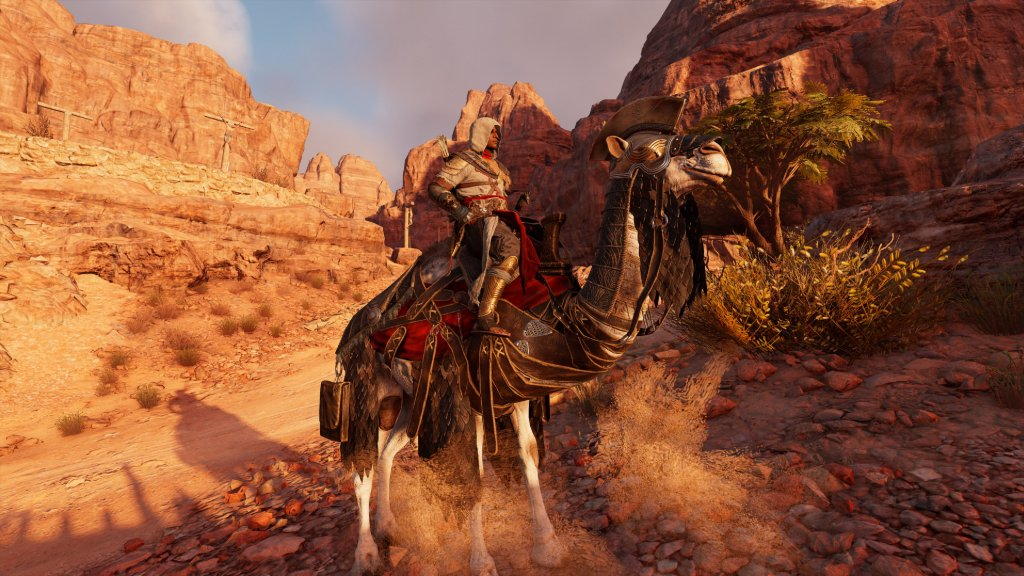 The Hidden Ones DLC definitely provides great value for money. It currently sells on The PS Store for £7.99, which is great value. Even though the story will probably only take you a few hours to finish, the side quests and finding all the little hidden things and clearing every location will probably take up the bulk of your play time.

I would estimate that it took me about 15 – 20 hours to complete the story, every location and every side quest. That was with a lot of exploring though so it would likely take a bit less than that.

The Hidden Ones is absolutely worth the buy as a standalone or part of the season pass, I would definitely recommend the season pass though as I reckon the next expansion is going to be even bigger. 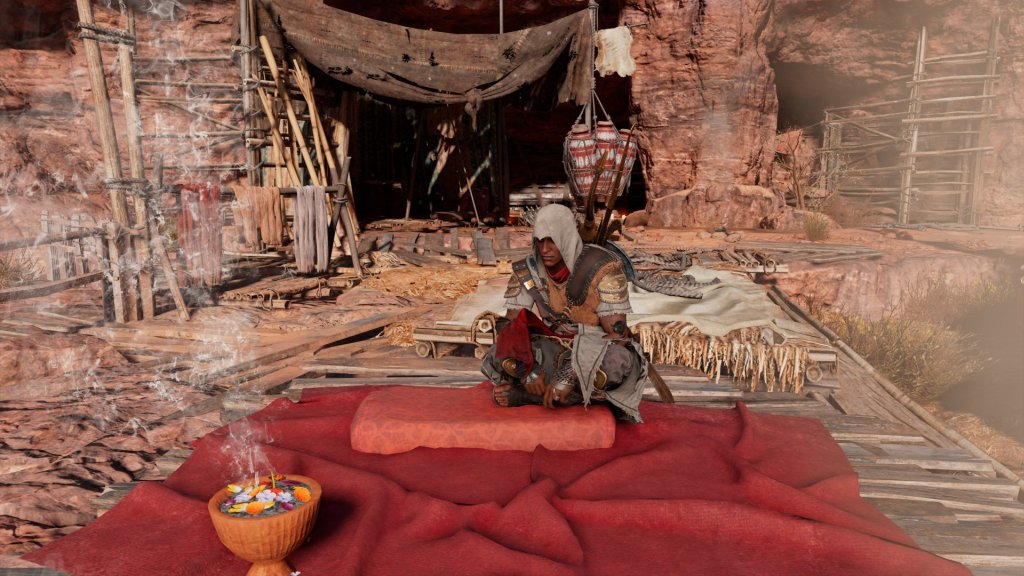 The Hidden Ones is a great expansion to the Assassin’s Creed Origins story and adds a whole new region and a ton of new things to see and do. If you enjoyed the main game I would definitely recommend that you get The Hidden Ones. You won’t be disappointed.