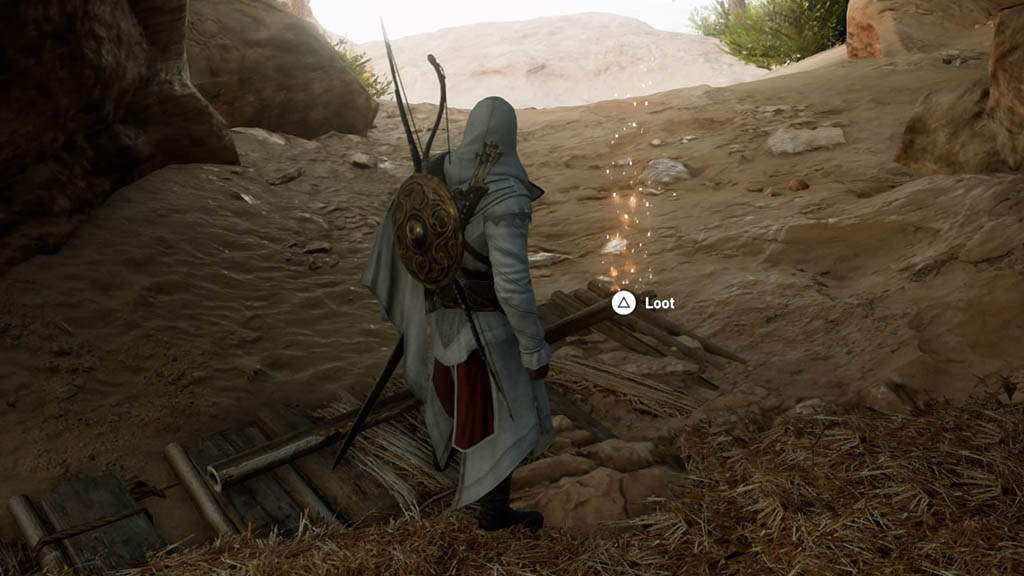 Welcome to the very last papyrus puzzle solution, alas the platinum trophy did not unlock upon collecting the hidden papyrus, so it looks like I have some more locations to find.

But, first things first, let’s take a look at the solution to the Thoth’s Secret papyrus puzzle so you can get yourself some sweet, sweet treasure.

The hidden papyrus for Thoth’s Secret can be found in the Temple of Thoth in the city of Hermapolis in Haueris Nome. There is a fast travel point at Hermapolis so you can use that for quickness.

Once you have entered the Temple of Thoth, keep going straight forward (west on the HUD/radar) until you reach the back room. The room will have three statues on the back wall and an altar thing on the floor. The hidden papyrus can be found sitting on the altar. 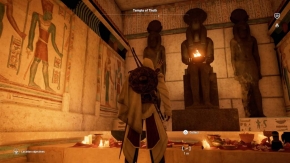 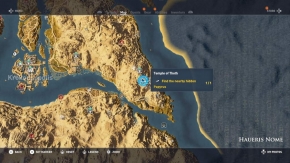 The cryptic clue on the Thoth’s Secret papyrus reads: “Southeast of the city Hermopolis is a leopard’s den in Uab Nome. At the top of their territory lies a place where birds should live, but do not. If you take a leap of faith, you can find me.”

From the first part of the clue we know we need to head to a Leopard lair in Uab Nome. The Leopard’s lair is on the south-east of Uab Nome, take a look at the screenshots below for its location if you haven’t discovered it yet.

Once you are at the Leopard’s lair, climb to the top of the hill/mountain, up to where the ruins are. Once you are at the ruins, you should see a large branch sticking out from the side of the cliff. Walk to the very edge of this branch and then take your “leap of faith.”

You will gracefully do an awesome superman jump down through a hole in the mountain and land safely in a bale of hay. The treasure you are looking for will be in front of this bale of hay.