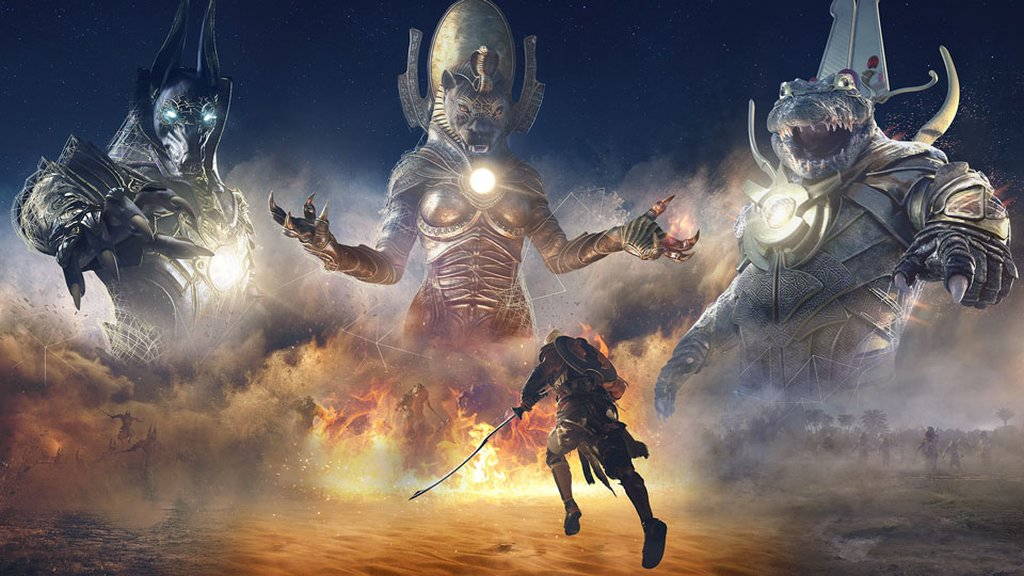 The Trials of The Gods has returned to Assassin’s Creed Origins and you can now face off against all three giant Gods from the 19th to 26th December.

The Trials of The Gods is a special recurring event in Assassin’s Creed Origins Origins where you can put your skills as an assassin to the test by trying to take down a huge God. Previously we where able to face off against the three gods at separate times but now Ubisoft has unleashed all three gods onto the map at once so you can try your hand at defeating all three.

You can find these massive Gods in the locations they where at previously;

I’ve not managed to defeat any of these Gods yet, if you’re in the same boat then now is a good chance to try to defeat all three and get some sweet rewards.

There is also a community challenge with this Trials of the Gods event, similar to Elite Dangerous Community Challenges, the challenge is an objective set by the number of times the Gods are beaten.

For the PS4 Platform we will have to beat the gods 275,000 times it would seem to complete the challenge. On a side note Xbox and PC both have lower amounts, so it would seem that the majority of AC Origins player base is on PS4.

You can find out when a community challenge is occurring and it’s progress by going to the Ubisoft Club tab in-game.

If the community challenge is successfully met, everyone who participated will get the rather awesome looking Sunslayer Sword as a reward.

As well as the Sunslayer sword, defeating the Gods during the event can also get you items from the Anubis Gear set which consists of the following four items;

But fear not because Ubisoft have stated that all Trials of the Gods events will return and rotate regularly so you won’t miss you’re chance to get some awesome looking gear.