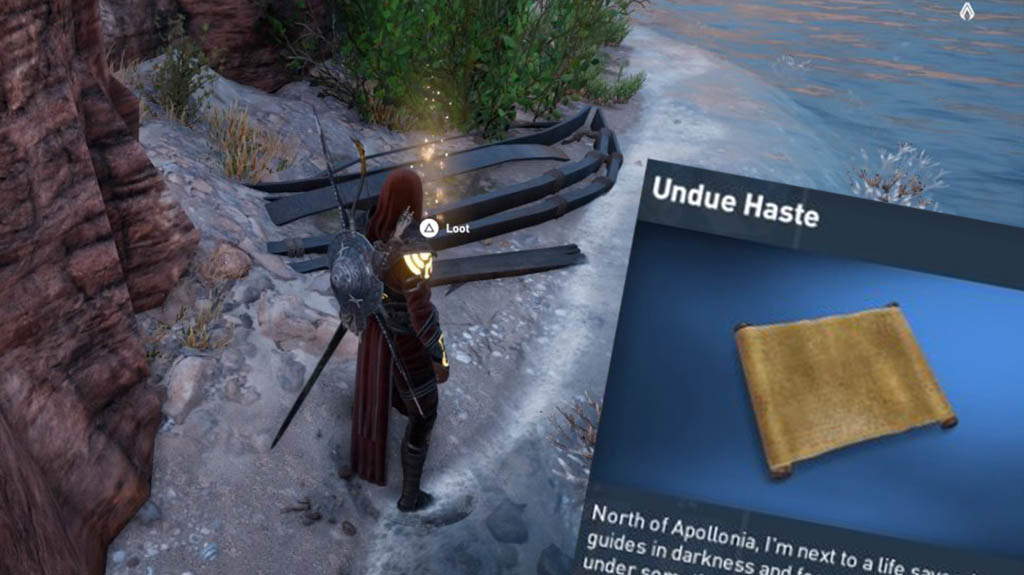 The Undue Haste hidden papyrus is located the Temple of Zeus in Cyrene, Kyrenaika, which is in the north-west region of the world map.

Once you enter the Temple of Zeus, the hidden papyrus is sitting on a table behind a pillar on the right had side wall. 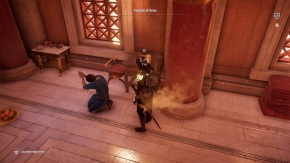 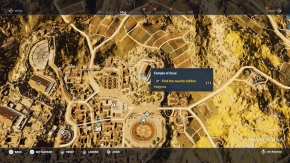 The cryptic clue for Undue Haste reads: “North of Apollonia, I’m next to a lifesaver. It guides in darkness and fog and I sit beside it under something that did not heed its warning.”

From the first part of the clue we know we need to go to Apollonia, this area is north of Cyrene. There is a fast travel point there which will get you there quicker. So what is this lifesaver that guides in darkness and fog? It can be only one thing, a lighthouse.

Take a look at the map and north of Apollonia there is a lighthouse slightly off the coast, there is a fast travel point right above it you can use if you have it synchronised.

Travel to this lighthouse and the treasure is behind it, sitting next to what looks like bits of a broken ship (something that did not heed its warning.) 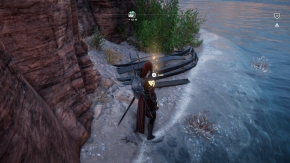 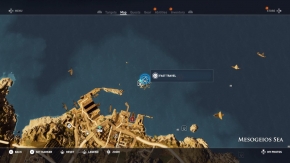