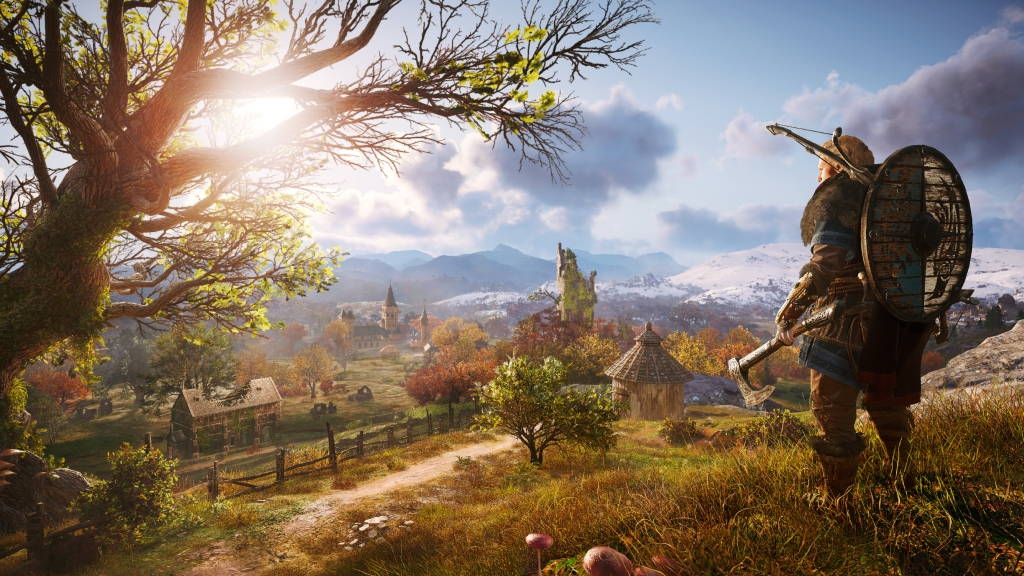 In a recent developer commentary, were two Assassin’s Creed Valhalla developers break down the reveal trailer, it is revealed that there will be four regions that the game deals with, Wessex, Mercia, Northumbria and East Anglia.

It is important to mention that the majority of the game takes place in England, or rather the above-mentioned Kingdoms that were in England at the time (Anglo-Saxon Kingdoms). It’s also revealed in the developer commentary that the game is set in the 9th century and starts in 873 A.D.

In the above image, we can see the Kingdom of Wessex in the south-east, East Anglia on the east, Mercia to the west and Northumbria in the north. These four Kingdoms make up the majority of England at the time with another three Kingdoms, Essex, Sussex and Kent (Wikipedia)

With the developers confirming that the four kingdoms of Wessex, Mercia, East Anglia and Northumbria will be in the game, it is safe to assume that the Assassin’s Creed Valhalla map could be pretty huge, not to mention that the game will also be released on PlayStation 5, meaning it has a lot more power to play with.

What will the kingdoms of 9th Century England look like? 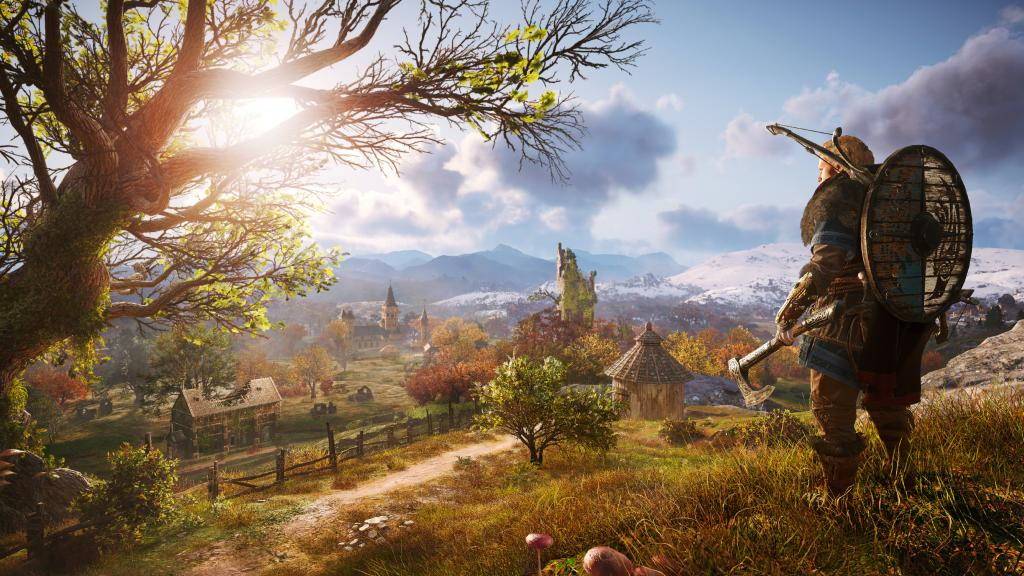 From the screenshot above, we can expect to see a lot of fields, rolling hills, small villages and settlements. There will be roads as well that can lead us from one place to another as the time period the game is set in is after the Roman Empire (Circa AD 43 – AD 410). We also know from the trailer and other information released by Ubisoft that there will be ships in the game, specifically Viking Longships, which we can use to go on raids. This means that there will be open water in the game and probably river travel.

From the map image, we can see that the Kingdoms all have a coastline, I wasn’t sure at first if we would be on the open sea in the game (except for perhaps the start when the Vikings travel from Norway to England) as that could possibly mean we could travel around the entire west, south and eastern coastlines, but then I remembered the image below from the Ubisoft promo images, which does seem to show a coastline setting. 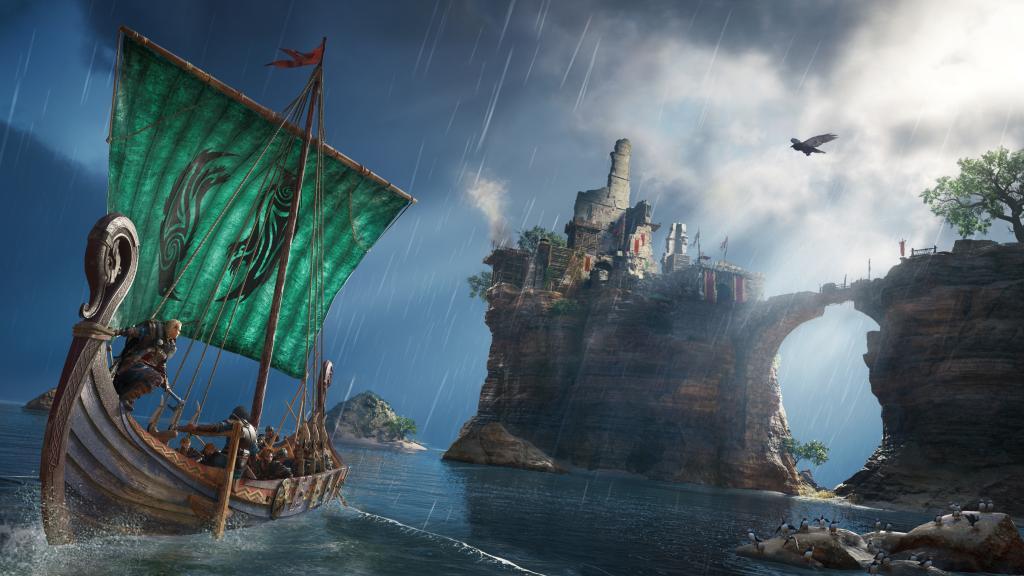 With the fact that the game will feature the four aforementioned Kingdoms and will have some kind of water component to travelling and combat, this cements the idea that the Assassin’s Creed Valhalla map could be pretty big indeed.

Witha potentially very huge map area for the game, getting around quickly is going to be key. We know from promotional images of the various Assassin’s Creed Valhalla editions that there is going to be mounts in the game to help us get around and fast travel will also be important. It may be worth getting the game on the PS5 as that will have a super-fast SSD which will mean fast travel will actually be fast.

With a massive map to explore and stunning looking scenery Assassin’s Creed Valhalla is looking to be an ideal launch title for PS5 to show off it’s increased power. The game will also be PS4 pro enhanced so will look great on current-gen consoles too.

Assassin’s Creed Valhalla is set to release Holiday 2020 and is available to pre-order now.