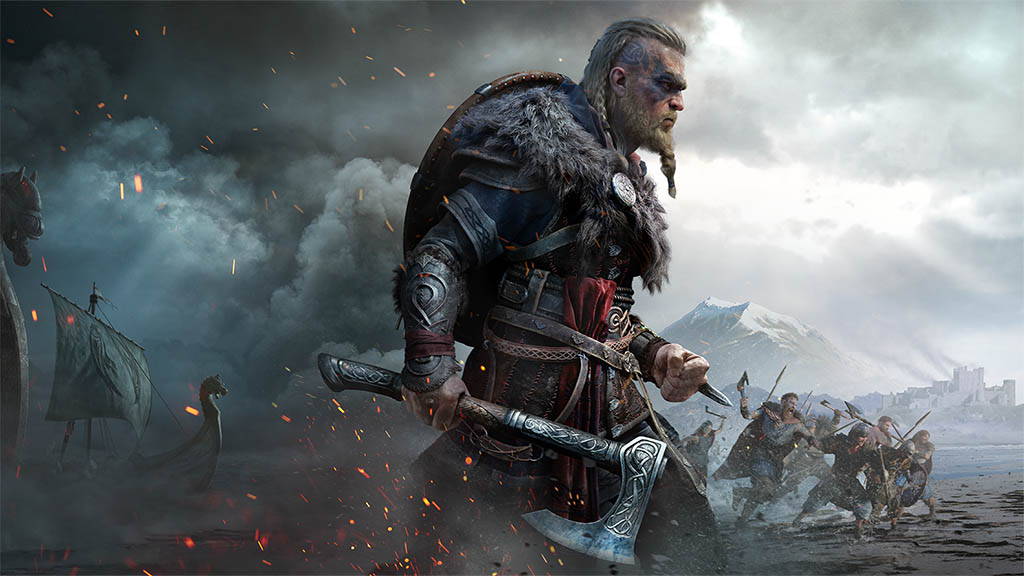 As you might have guessed by the name, Assassin’s Creed Valhalla is about Vikings. We will play as Eivor, a fierce Viking Raider from 9th Century A.D. Who travels to Dark Ages England for a better life with his or her Norsemen clan. The reason I have said his or her is that in Assassin’s Creed Valhalla, like in Odyssey, you can play as either a male or female Eivor character. The Eivor is a female given name in Nordic countries according to Wikipedia.

The trailer is action-packed and shows Longships travelling across the choppy seas and a large battle scene.

According to the Ubisoft press release, players Journey from Norway to England to start a new future for their clan, reliving the ruthless fighting style of Viking warriors. 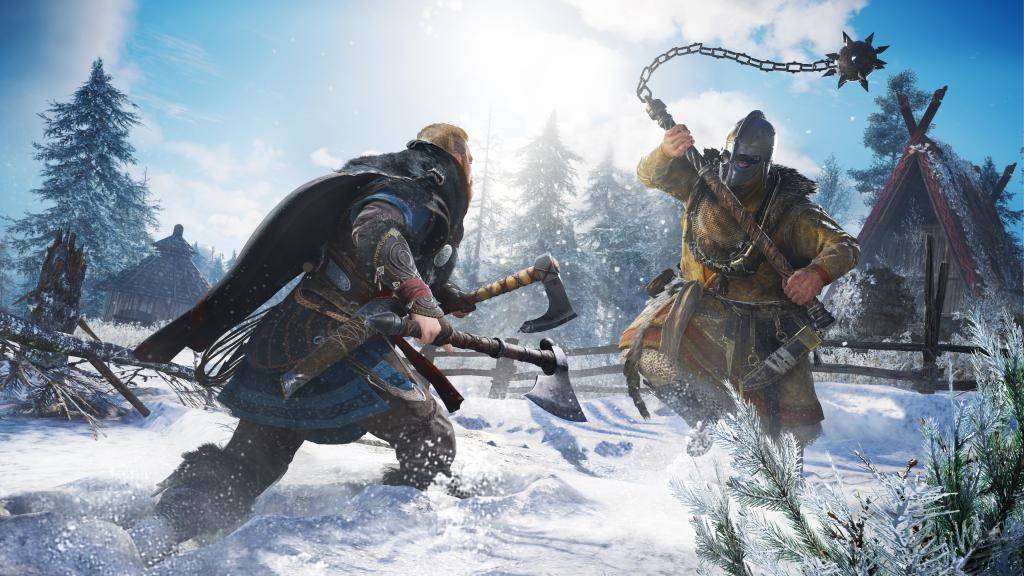 Assassin’s Creed Valhalla will feature a revamped combat system with the ability to dual wield almost any weapon. The trailer also shows a pretty cool axe through that hit’s some guy square in the face, so I am hoping for a God of War like axe throwing mechanic.

The game will also have raids which can be performed on certain locations with your longship so you can earn much need resources and some sweet, sweet loot.

The main enemy group in Assassin’s Creed Valhalla seems to be the Saxons, led by King Aelfred of Wessex.

There has been no gameplay shown of the game yet but the trailer, screenshots and artwork that have been released all point to one extremely tasty looking game. The game will also be cross-gen, releasing both on the PS4 and PS5 sometime during the Holiday period this year. The only question will be, do I get it on PS4 or PS5, if it is released at the same time or just after the PS5 then the PS5 is the obvious choice.