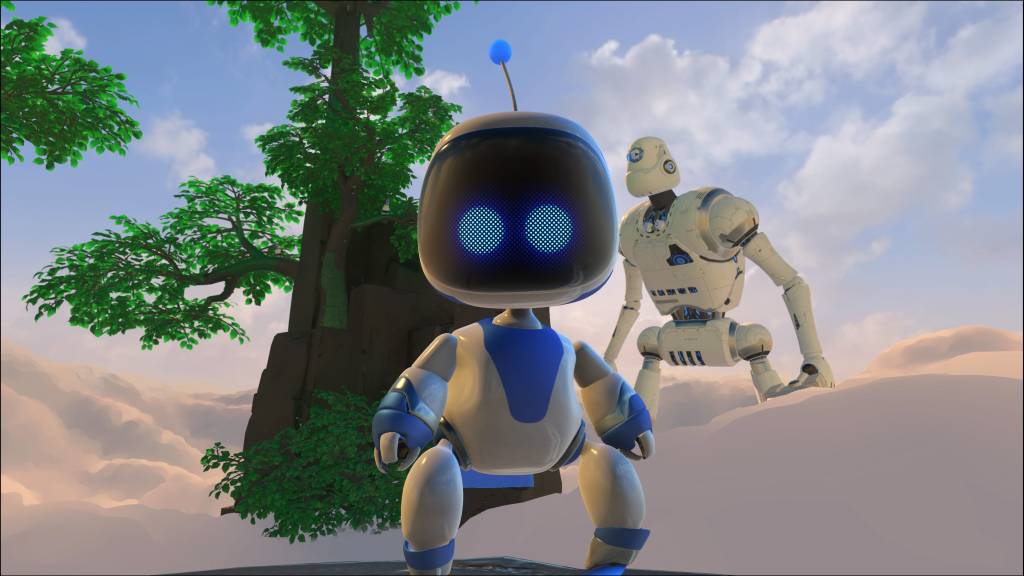 Astro is back! The cure little bot from Astro Bot Rescue mission on PSVR has returned to take us on a tour of the PS5 and show us all the awesome features the new DualSense controller has to offer. In this Astro’s Playroom review, I’ll tell you why you really should play this game.

Astro’s Playroom is a short game that comes pre-installed on your PS5 console. Although the game, developed by Team ASOBI part of Japan Studio, is primarily supposed to be a kind of tech demo that showcases the features of the new DualSense controller – like Haptic Feedback and the Adaptive Triggers – it turns out that Astro’s Playroom is actually a fantastic little platform game in its own right.

The different worlds are all unique and colourful and contain different levels within each of the worlds.

Astro’s Playroom isn’t just a run-of-the-mill 3D platformer where you run and jump about the levels collecting things. As it’s a showcase for the new DualSense controller the developers have created some very unique ways for you to experience what the DualSense is capable of.

In certain levels, the game switches from a third-person 3D view to a 2D/3D side-scrolling view. But what is so awesome about these levels is that they put you in control of some unique and amazing ways to move Astro around the level.

Early on in the game, Astro zips up into a robot Frog suit, this is where you really start to ‘feel’ the DualSense adaptive triggers in action. You can point Astro in a direction by tilting the controller then hold down and release the triggers to have Astro bounce off in that direction. 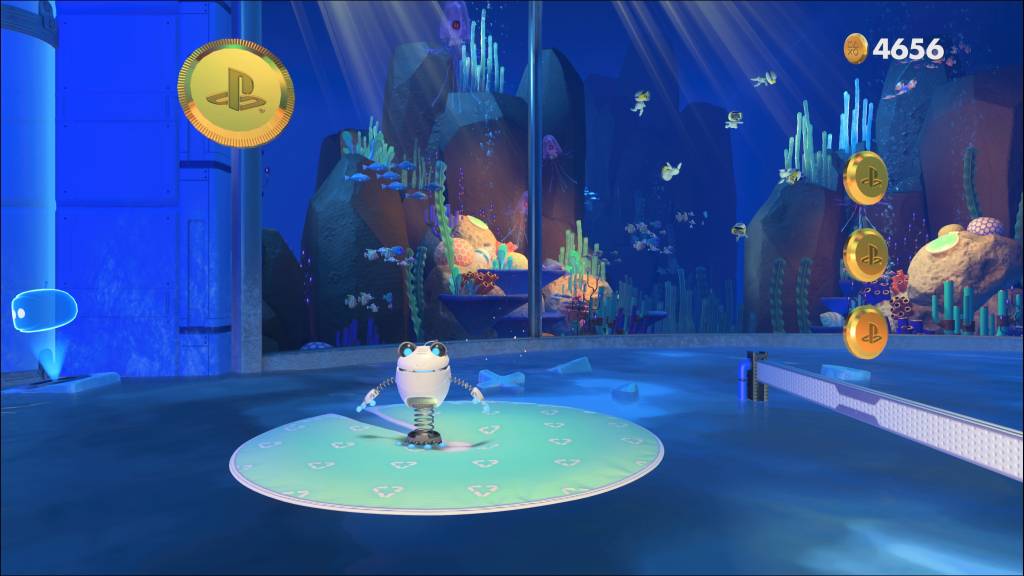 The adaptive triggers are pretty awesome, you can feel them fighting back against you as you press down to tighten the spring of the frog suit. In another level, Astro gets strapped into a rocket suit and the left and right triggers are used to blast the rocket in one direction or the other. 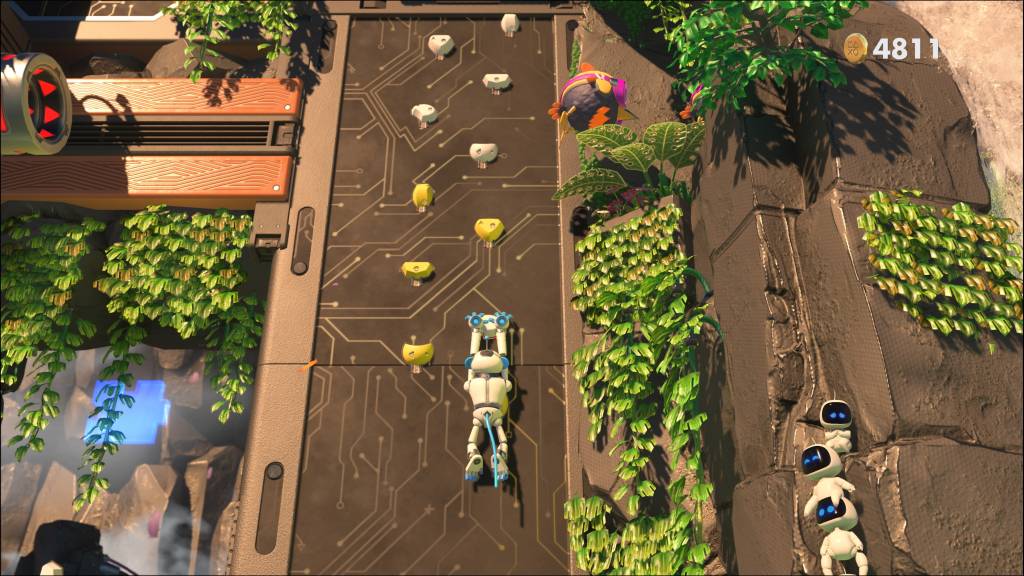 In another level Astro dons a Monkey suit, you use the DualSense motion controls to swing and climb and the triggers to grab on to the handholds. On one of the handholds, you have to press in the trigger ever so gently to avoid breaking the handhold.

Japan Studio has really come up with some ingenious ways to showcase the new PlayStation 5 controller. 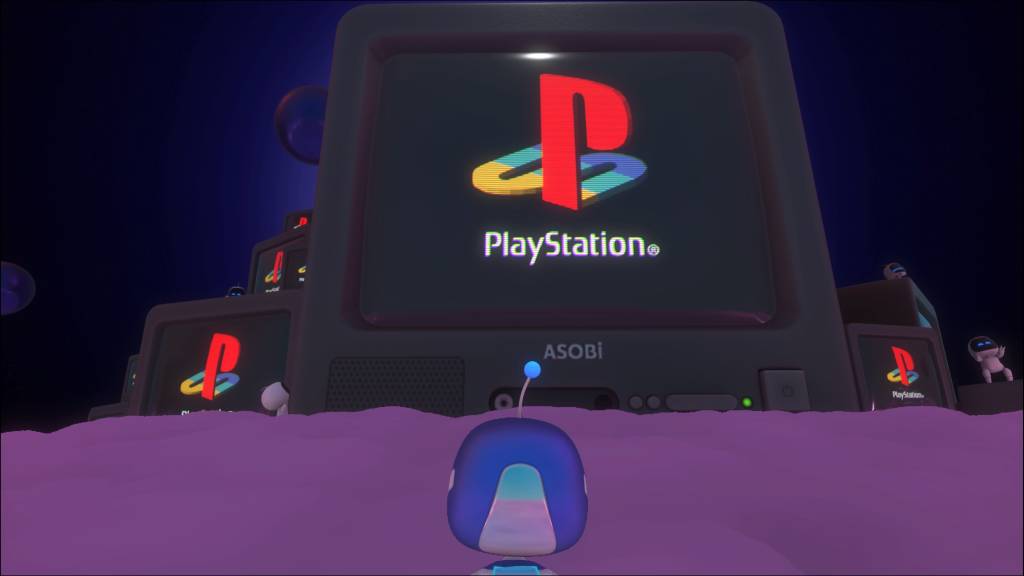 A Homage to PlayStation Past and Present

As well as being a fantastic platformer, Astro’s PlayRoom also pays homage to pretty much everything PlayStation. Throughout the game, you can collect numerous artefacts from PlayStation’s past as well as it’s present. 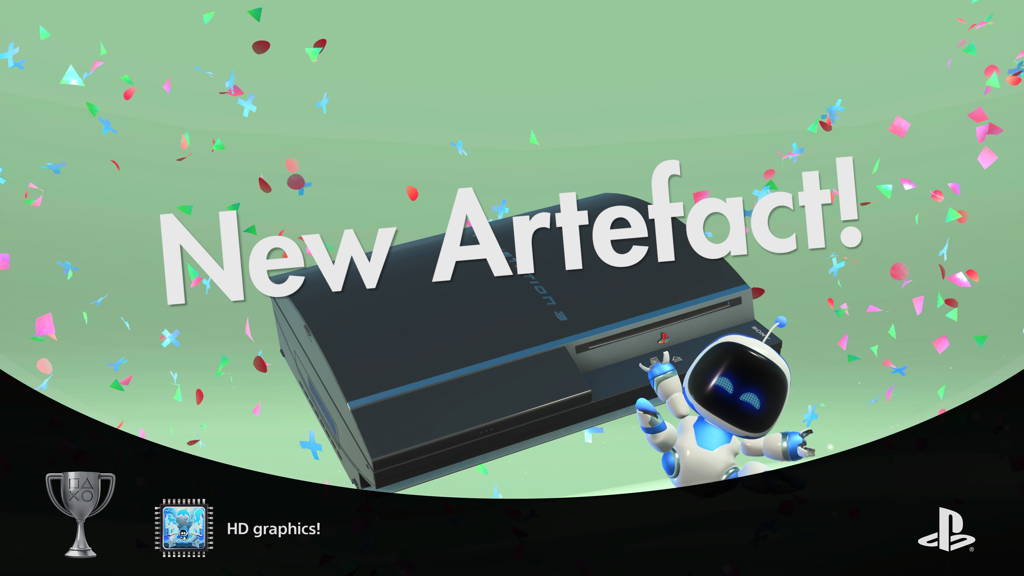 There are loads of different artefacts to collect from the original PlayStation, PlayStation accessories right through to the PS5.

Astro’s Playroom is also chock full of PlayStation Easter Eggs and many PlayStation games make an appearance. While making your way through the colourful and fun level’s you’ll likely spot a few PlayStation characters and easter eggs on your travels.

Like this homage to the T-Rex demo form the original PlayStation console. 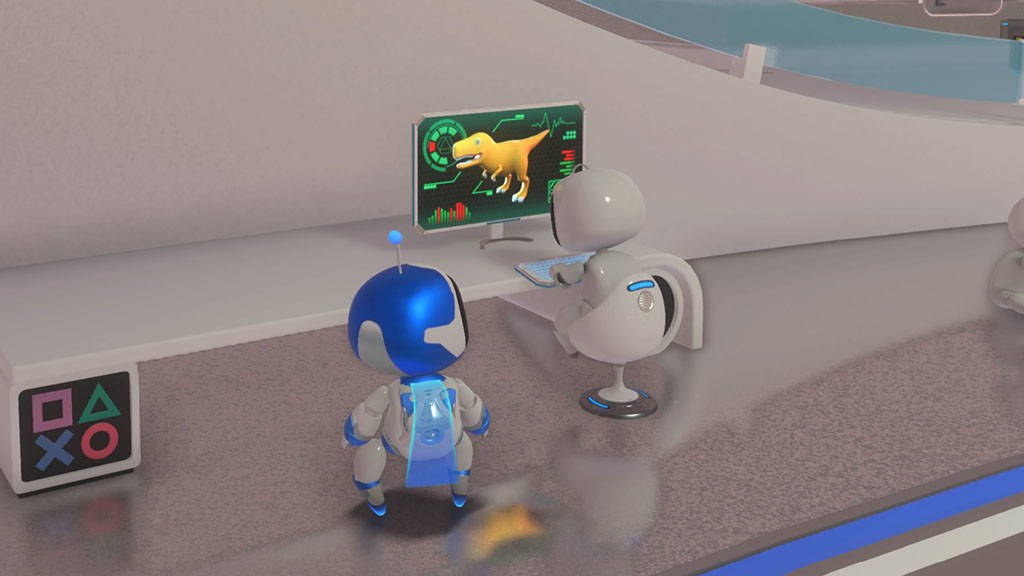 Astro – A PlayStation Icon For The New Generation

There’s no excuse not to play Astro’s Playroom, it’s completely free and comes already installed on your PS5. Don’t dismiss this as some gimmicky game made for showing off the new DualSense features. 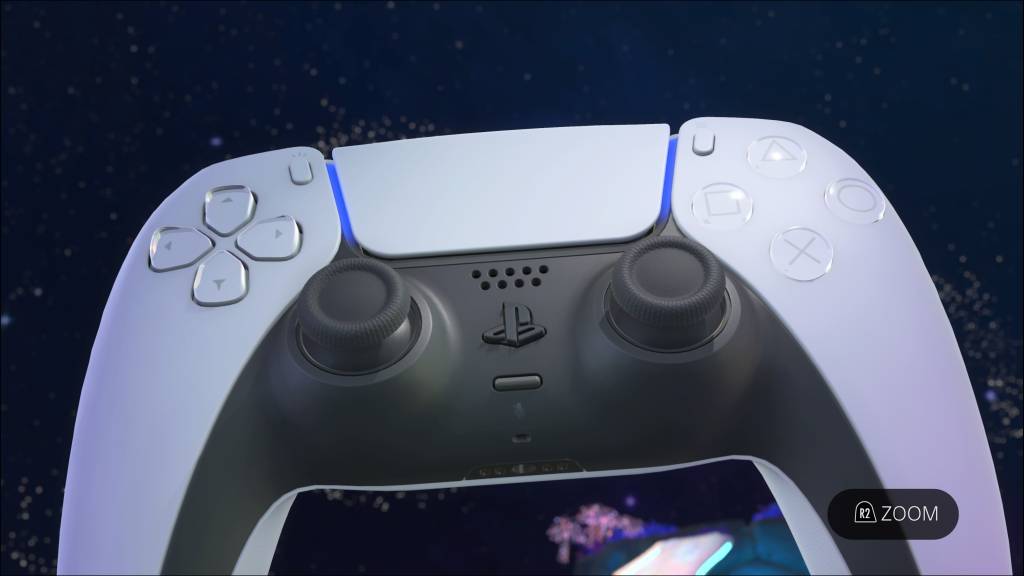 Showing off the DualSense features might be it’s primary function 0 and it does that very, very well. But, Astro’s Playroom is also brilliant and very fun to play platforming game.

If you have Played Astro Bot Rescue Mission, you’ll be very familiar with the bulk of Astro’s Playroom gameplay and if you haven’t then you are in for an absolute treat.

Astro’s Playroom is fun, well designed and is a game suitable for everyone. The only downside is that it’s very short. You can finish the game in a couple of hours and then spend another couple of hours finishing off the rest of the trophies for the Platinum. 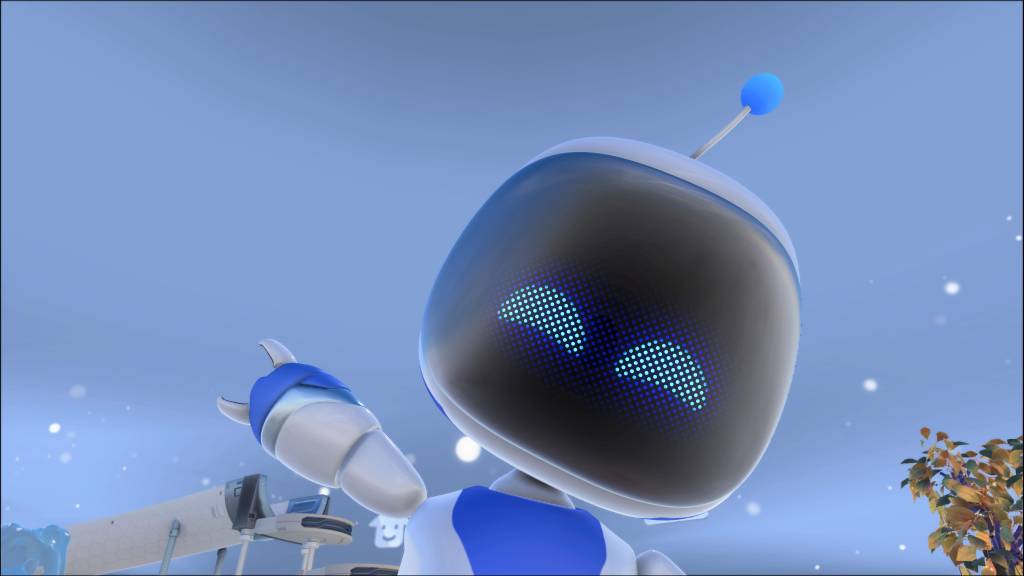 I really hope that we see a lot more of Astro in the future, that little bot really needs his own full-length game.

So, don’t skip out on Astro’s Playroom. It’s currently the best game for experiencing the capabilities of the DualSense and it’s just really, really fun to play.

There's no excuse not to play Astro's Playroom, it's completely free and comes already installed on your PS5. Don't dismiss this as some gimmicky game made for showing off the new DualSense features. Astro's Playroom is quite simply, amazing. 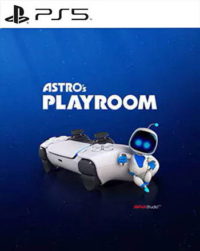