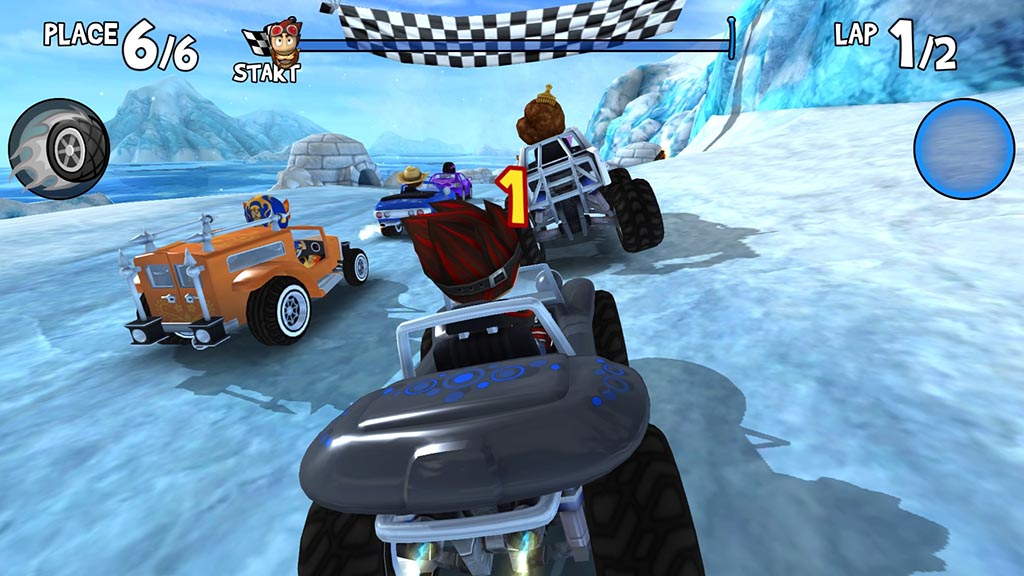 Beach Buggy Racing is an off-road cart racing game. The game started it’s life as an app for Android and IOS and it eventually made it’s way onto the PlayStation 4.

Beach Buggy Racing is developed by Vector Unit, it currently sells on the UK PlayStation store for £7.99 although I did pick it up for £2.49 when it was on sale.

The game is a fairly simple cart racing game and although it certainly won’t set the world on fire, it definitely has a lot going for it.

You start off the game with just one character you can play as and just one vehicle. In total there are ten characters and vehicles you can unlock by wining race series’.

All the characters are very colourful and fairly unique from each other and each has their own special ability which you can use once per race. The starting character, Rez, can turbo boost past opponents, leaving a fiery trail in his path. 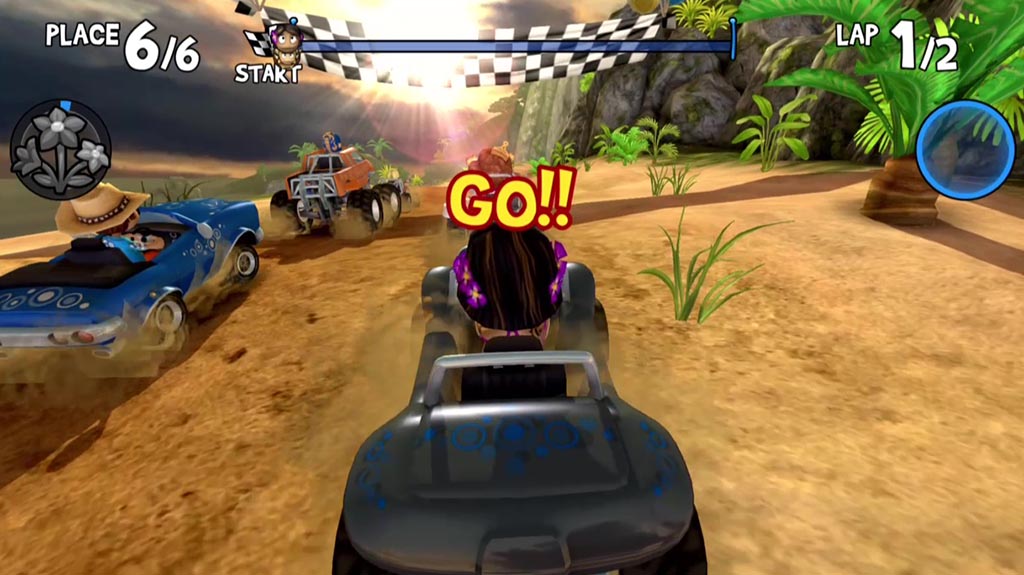 There are nine race series which you can compete in as part of your career, to unlock the next series you have to beat the boss of the current series. Each race series has a number of races in which to compete in, you have to earn a certain number of stars before you can progress to the next race in the series.

The game seems rather easy at first and I felt I was able to win my first couple fo races with ease, however as you progress, the races do become more challenging.

The gameplay is certainly fun and the tracks are nice and colourful and the music is pretty funky too. The graphics coupled with the music certainly do make for a fun little racing game.

The races are fairly fast paced and the cars handle fairly well, although at times I did find myself driving off the track and going out-of-bounds which can set you back a couple of places. This is probably because I suck at racing games and nothing to do with the game.

The most fun part about Beach Buggy Racing is the power-ups you can collect during a race. Theres a lot of power-ups available which you can drive over to collect them. There is the usual boost power-ups which give you a speed boost once activated but there is also some really fun, unique ones like the Angry Bull power-up which kind of turn your car into a raging bull and you can just smash your opponents out of the way and take the lead.

As well as career mode there are other modes in which you can compete. Theres split screen for up to four players playing on the same TV, there’s also a quick race option and championships. There is also a daily challenge which can net you some extra in-game coin.

As well as various game modes, there is a good selection of tracks to race on and cars to unlock and upgrade. Each car has it’s own stats such as acceleration, top speed, handling and strength. Each of these stats can be upgraded using in-game currency. If you upgrade your car too much however and you enter into a lower tiered race series, the game will temporarily remove your upgrades so you are not over powered.

As well as upgrading your cars stats you can also change the paint job. You can change the colour, decal and decal colour of your chosen car. 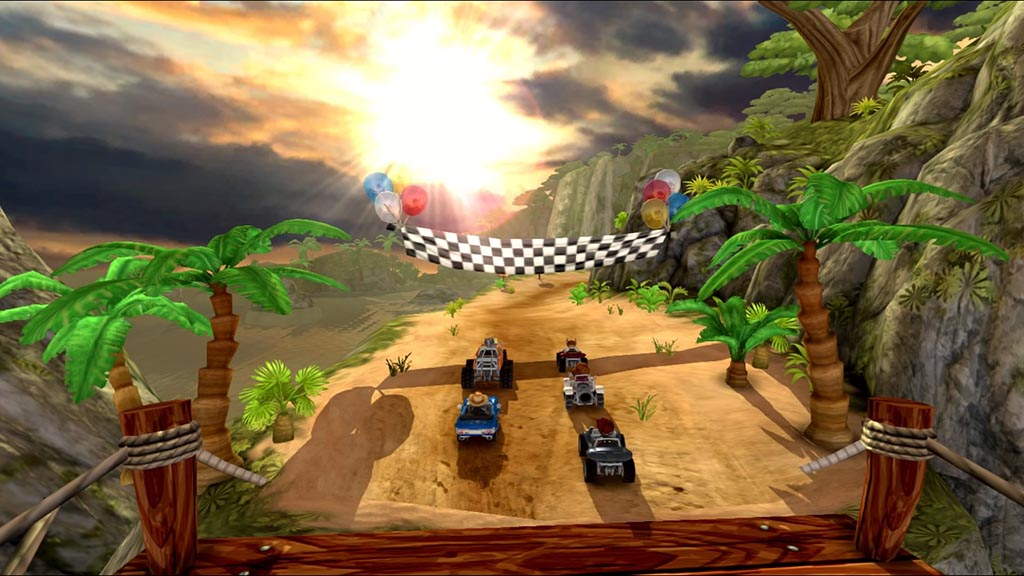 Beach Buggy Racing certainly doesn’t set new standards in the racing genre, even in the cartoon racing genre but it is a pretty fun game for a while. Even at the price of £7.99 it is probably still decent value for money but I would probably wait to see if it goes on sale again.

It’s not a bad racing game at all really but after a while the races did start to get a bit boring and repetitive. I would say it is still worth picking up if you’re looking for a fun little racing game to waste an hour or two on.

Beach Buggy Racing certainly doesn't set new standards in the racing genre, even in the cartoon racing genre but it is a pretty fun game for a while. 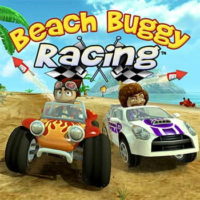