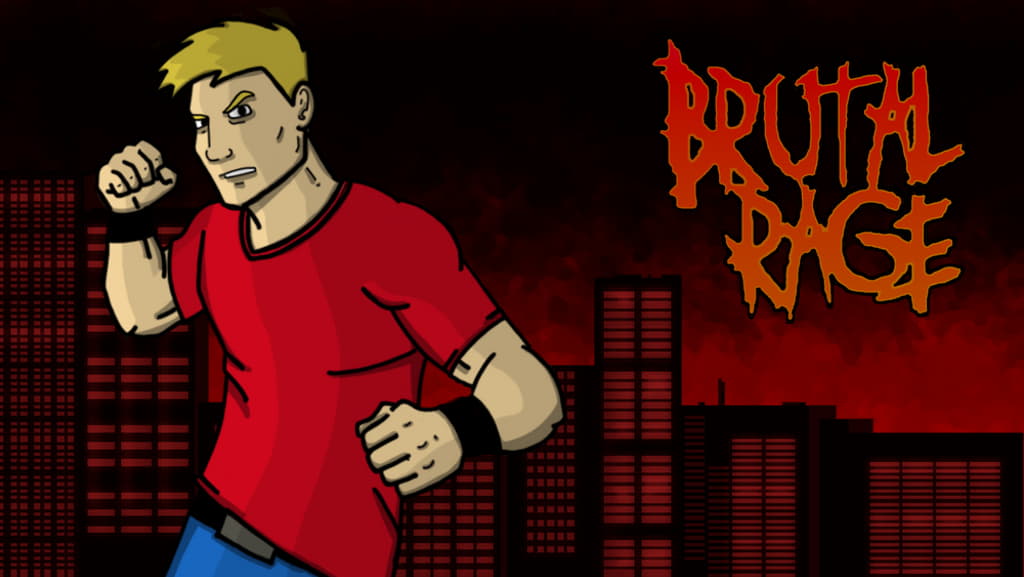 I’m all for some old school, side-scrolling beat ’em up action. Games like Double Dragon, Barbarian and Shadow Warriors were some of my favourites when growing up. On 8th February Tony De Lucia, creator of studio 2BAD GAMES will release their side-scrolling beat-em-up ‘Brutal Rage’ on PS4.

2BAD GAMES previously released their top-down zombie shooter 2URVIVE on PS4 last November. Now the studio is hoping you will have a penchant for some rage and retribution and help a cop prove his innocence in Brutal Rage. 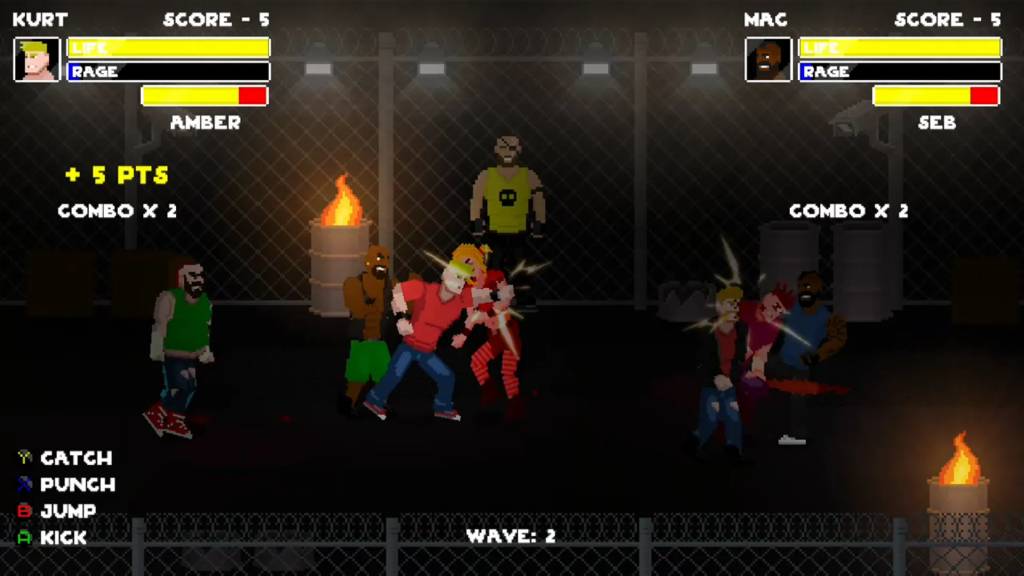 As previously mentioned, you play as one of three cops who have been wrongly accused of a crime they didn’t commit. It’s up to you to beat the living crap out of your enemies in a cross-city journey on your way to retribution.

Brutal Rage was originally released on Xbox in 2020 and the developers hope they will attract many new players when the game launches on PS4 on February 8th. Of course, the game will also be playable on PS5 via backward compatibility.

From the gameplay I have seen Brutal Rage looks like a fine addition to the side-scrolling beat ’em up genre. You can choose from one of three characters (the cops) and there are three different game modes to choose from. A training mode, the main story mode and a Brutal Club mode.

Even better yet is that all of the game modes can be played in local co-op. So get a buddy over for some old fashioned couch co-op action.

The game also has a total of six episodes and 18 different locations. So it sounds like there will be a bit of location variety on offer. 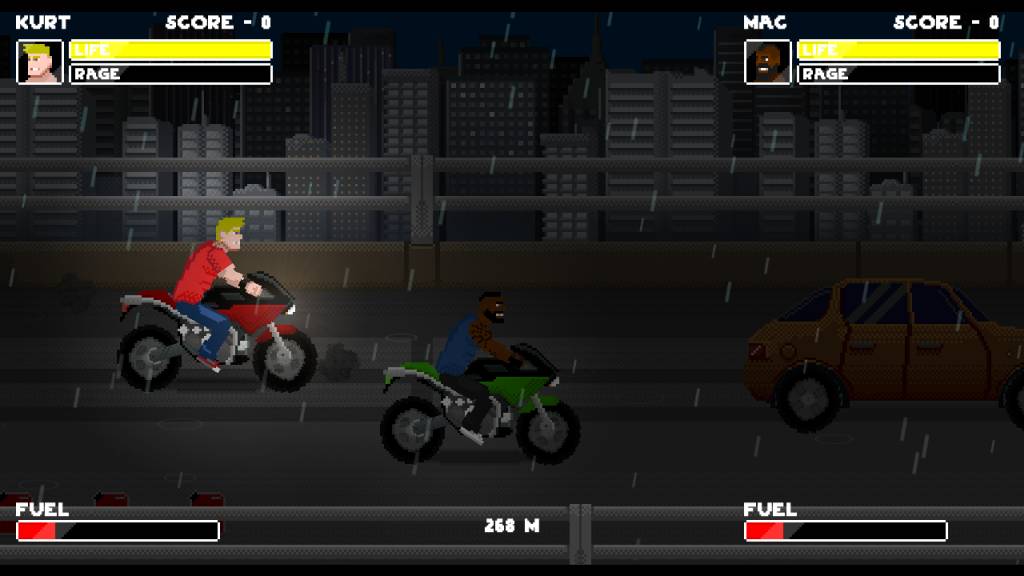 Talking about variety, you won’t just be using your fists or your feet in Brutal Rage. There will be some very handy weapons to take down anyone who gets in your way of retribution. Weapons like bats, knives and guns will be at your disposal to help you quickly dispatch your enemies.

Your fighting skills and the various weapons you can get will also help you rack up some epic combos. 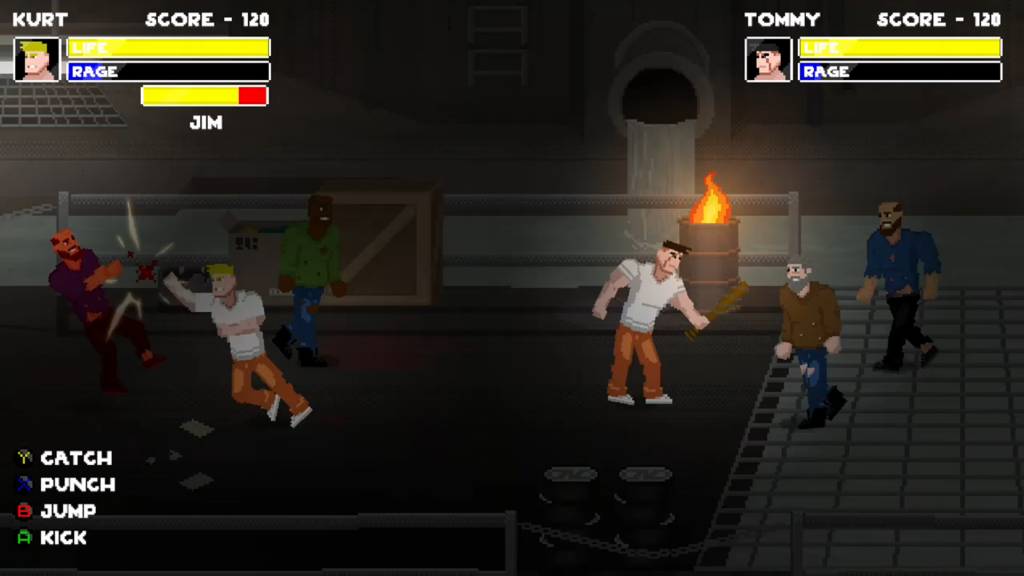 There is also your rage. The game is called Brutal Rage after all, and you can’t have some brutality without some rage. By the sound of it, Rage will be some sort of special ability you can use, which will no doubt be useful for dealing with tougher enemies.

Your journey across the city to seek bloody retribution won’t all be walking though. From the screenshot above and the gameplay, it looks like you can take to two wheels at some point. A break from beating your enemies to death seems very welcome, instead, you’ll be able to mow them down on your bike while dodging oncoming traffic.

Brutal Rage sounds like it will be a brutal and fantastic tribute to the old-school side-scrolling beat ’em ups of gamings golden age.

If you fancy some old-school action then Brutal Rage will be available on PS4 digitally on 8th February 2022. And playable on PS5 via backwards compatibility. It will be priced at $6.99/€6.99, which should make it about £5.99 on UK money. 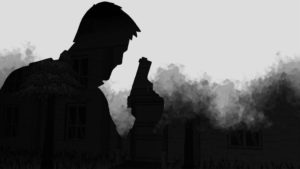 After 5 Years of Development, Broken Mind Launches on June 21st on PS4, PS5 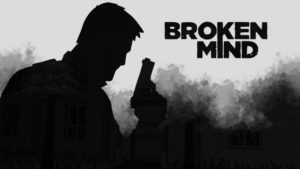 Broken Mind Gets An Official Trailer 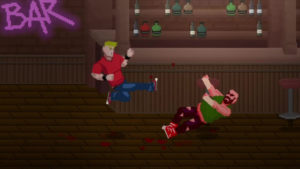 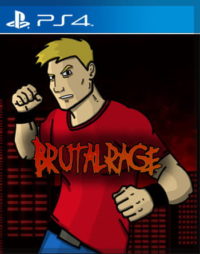