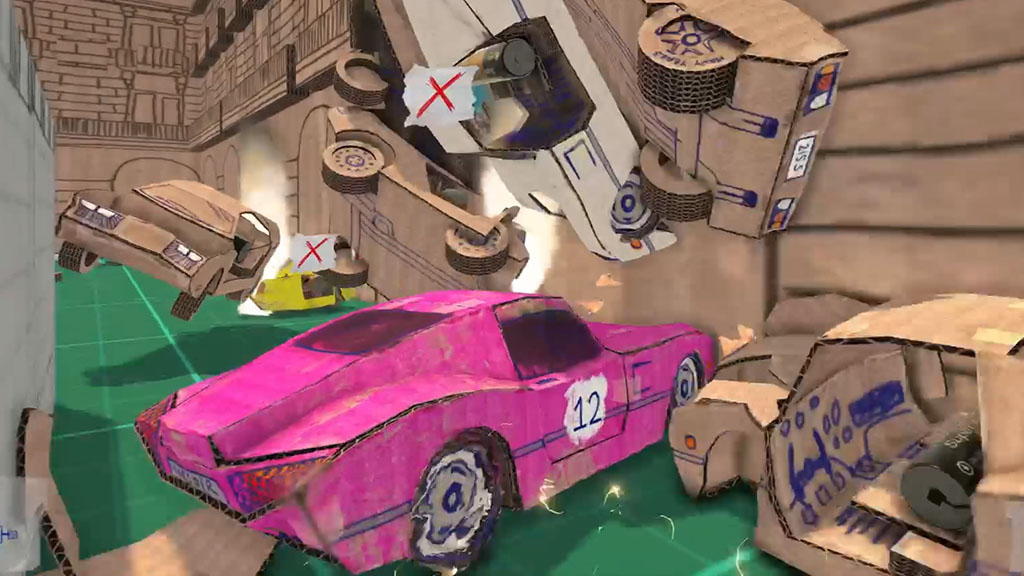 The core gameplay of Concept Destruction is nothing new. Your drive around some arena’s and try and wreck other cars. Whilst trying to avoid getting your own car wrecked. 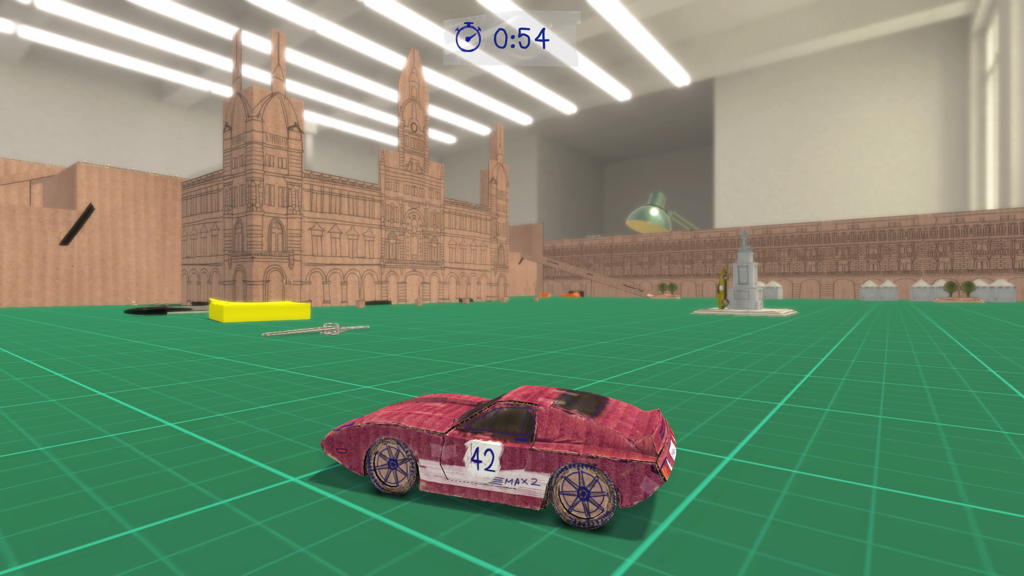 Concept Destruction offers a few different game modes to play. There is the main championship mode, where you score points by hitting and destroying other cars, while trying to survive until the time runs out. If you survive, you progress to the next stage and do the same over again in a different arena. If you have the most points at the end, you win.

There are also single event game modes; Normal – rival cars will try and destroy other cars. Survival – All rival cars will try to destroy you. Survive to the time limit to win. Tourist – this a casual mode. You can just drive around and enjoy the scenery. No cars will attack you in this mode.

There is also a School mode that is basically three time-trial events. Get tot he finish line within ten seconds to pass.

The Championship and Survival game modes are pretty fast-paced and enjoyable, especially when there is the maximum number of rival cars in the arena.

Car handling and physics in Concept Destruction was surprisingly very good. I was half-expecting a really basic driving game with dodgy car movement and steering, but the various models of cars all handle really well.

There is several different models of car to choose from as you complete Championships and gain points. Each car has different stats such as speed, handling and weight. You can also do a wee bit of customisation by choosing between a couple of different colours to apply to your car. 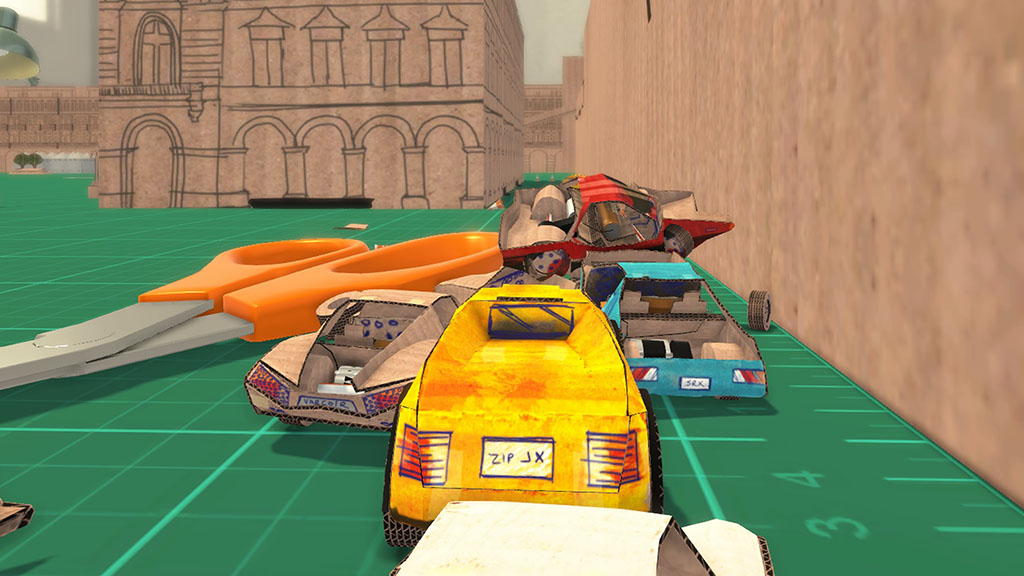 Concept Destruction features a really nicely done art style. The graphics have a hand-drawn, sketch look. The cars and some of the scenery have some nice colours that look like they have been coloured in with colouring pencils. The sandbox has the appearance of the entire game being created out of cardboard or paper mache models. With the arenas taking place in someone’s office.

Although not as pretty as some of the higher end, artsy hand-drawn games. Concept Destruction still has a very pleasing art-style. The game also boasts an awesome guitar soundtrack with rock and lead guitar instrumentals.

The car damage physics are also nicely done. If you deal enough damage to a car it will eventually look like like a crushed up paper model. 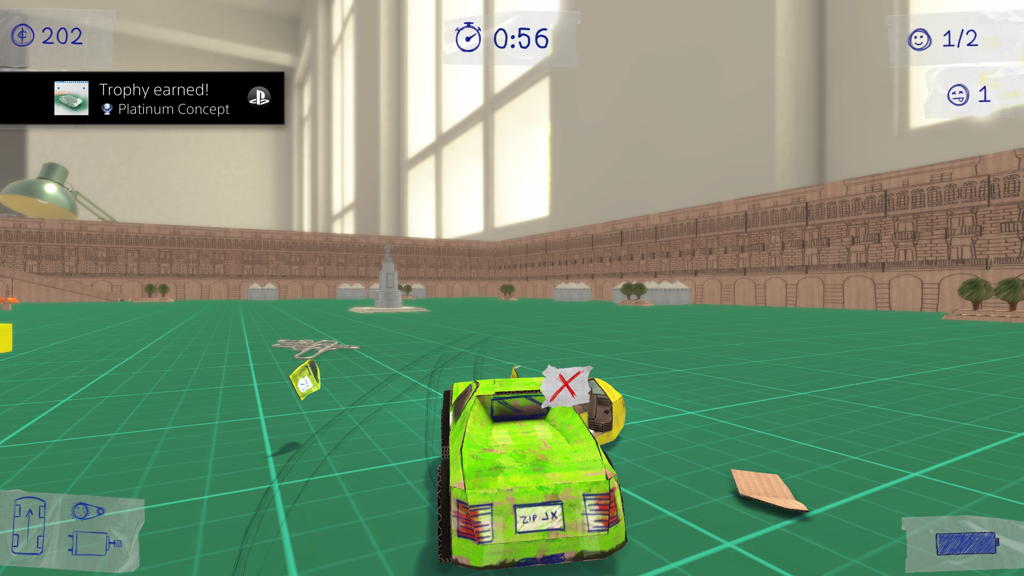 Although there isn’t a great deal of replay value to Concept Destruction. You” probably not want to play it again after earning the Platinum. But the 30 minutes to an hour it will take you will be very enjoyable.

Concept Destruction is currently £3.99 on the PlayStation Store. It’s well worth the cheap price for an enjoyable bit of car on car action and an easy Platinum Trophy.