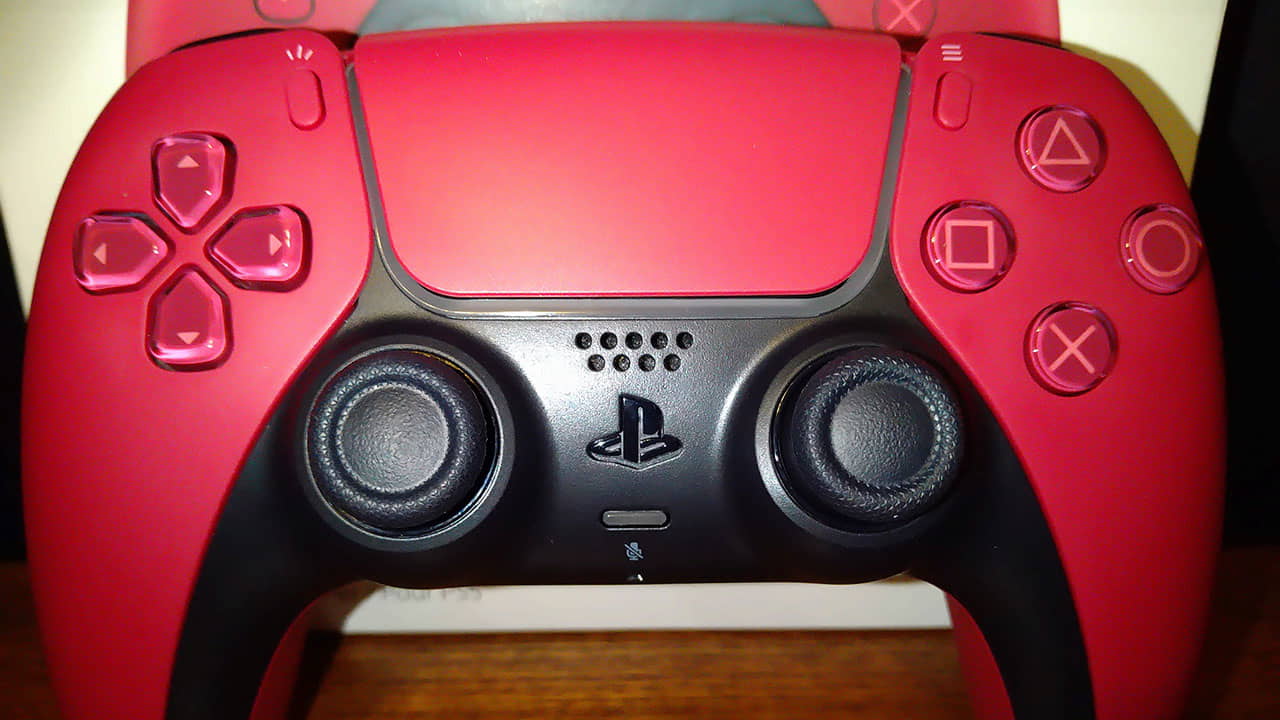 It took a while, but Sony finally launched the DualSense in a couple of different colours other than the standard black and white one. The two new DualSense colours, Cosmic Red and Midnight Black launched in the UK on June 18th. I decided to get the Cosmic Red controller and this is my review. 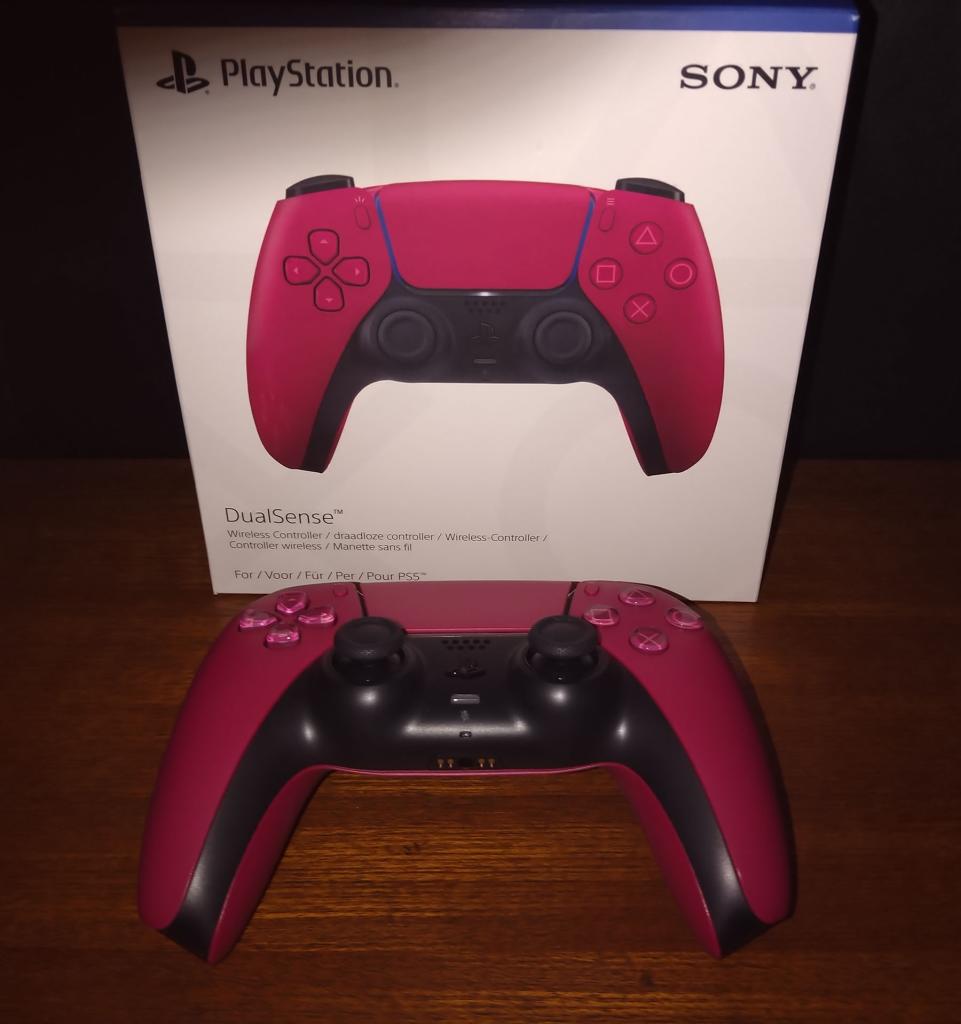 The main reason I bought the Cosmic Red DualSense is that I’ve never had a red controller before. On the PS4 I had a few different DualShock 4 colours, Blue, Black, silver and Gold. But never a red one. I’ve owned plenty of Black controllers so I thought I would get Cosmic Red to brighten up my controller collection. 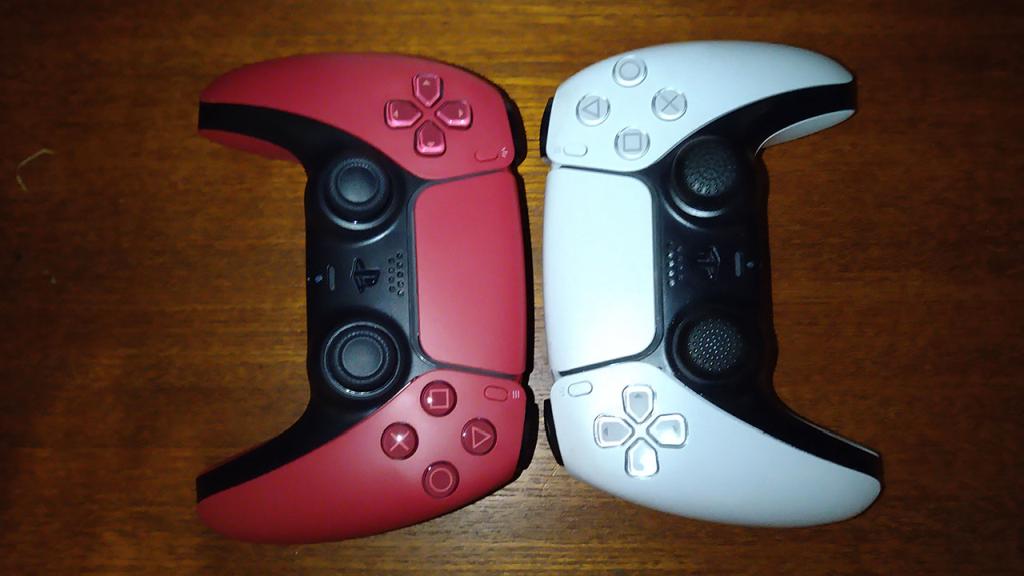 There’s not really any difference between the Cosmic Red and regular black and white DualSense. Apart from the colour. They are both the same size, feel about the same weight and they even seem to have the same model number – CFI-ZCT1W.

One thing I did notice that was different though was the grip on the back shell of the Cosmic Red DualSense.

I don’t know if it’s because I’ve been using my two standard DualSense controllers for about seven months now. And maybe the grip has just worn away. But the Cosmic Red DualSense just feels grittier and grippier. 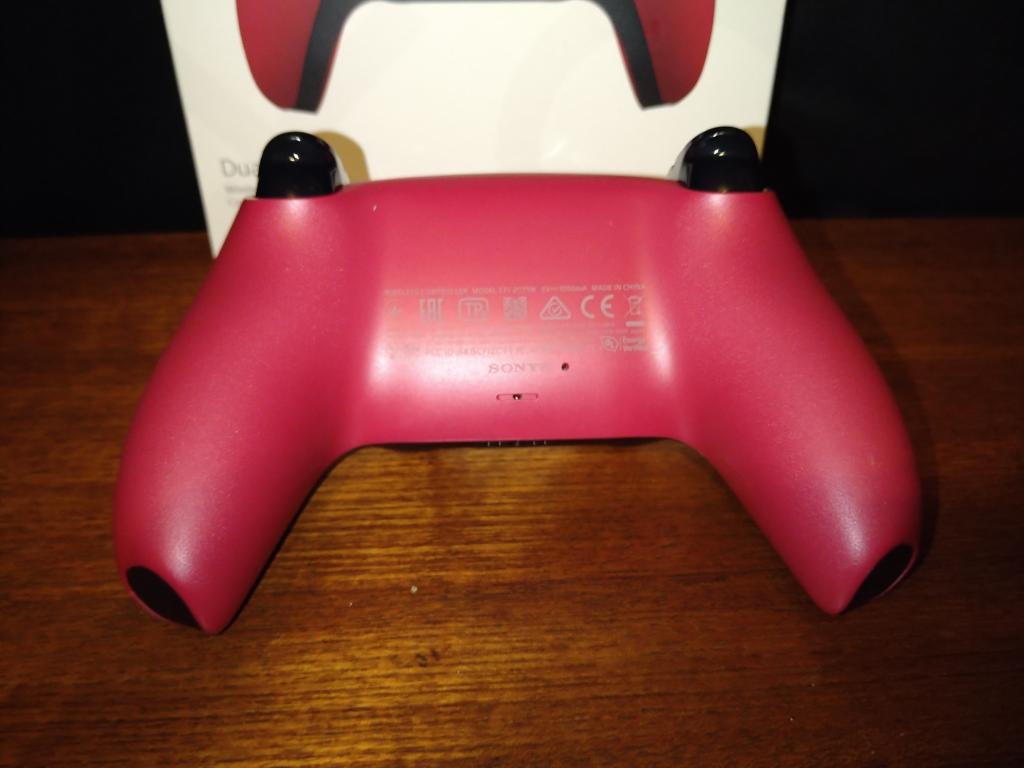 It feels like the back of the Cosmic Red DualSense is rougher, thus it feels like it grips in the hands a lot more.

Apart from the extra ‘grippyness’, the Cosmic Red DualSense is pretty much the same as the other DualSense controllers. Except that it looks really awesome and red. The d-pad buttons and PlayStation symbol buttons are also red, which lends to the overall look of the controller. 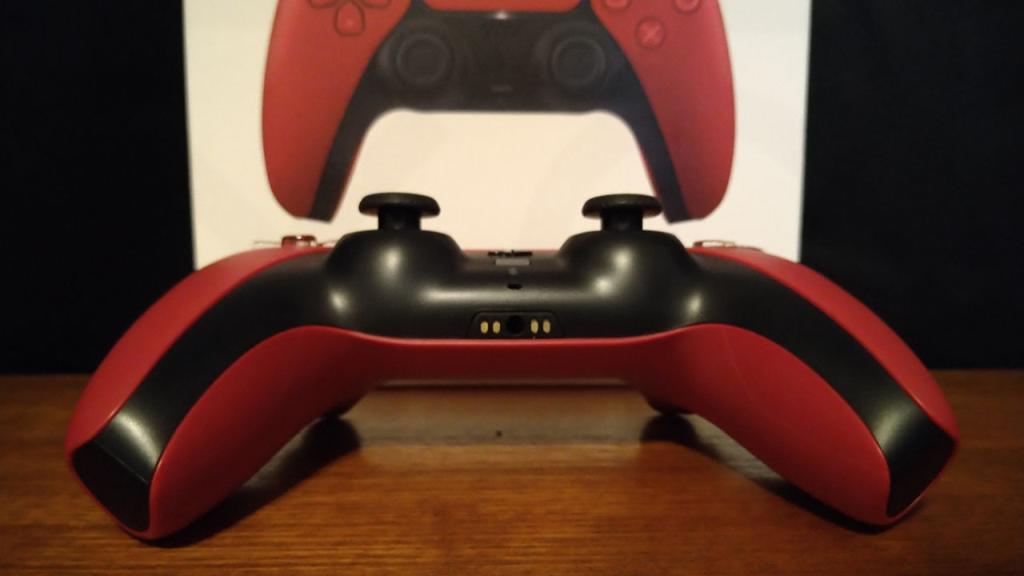 Overall a great controller in a great colour and a bit of extra grip. 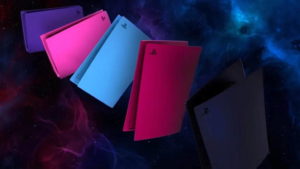