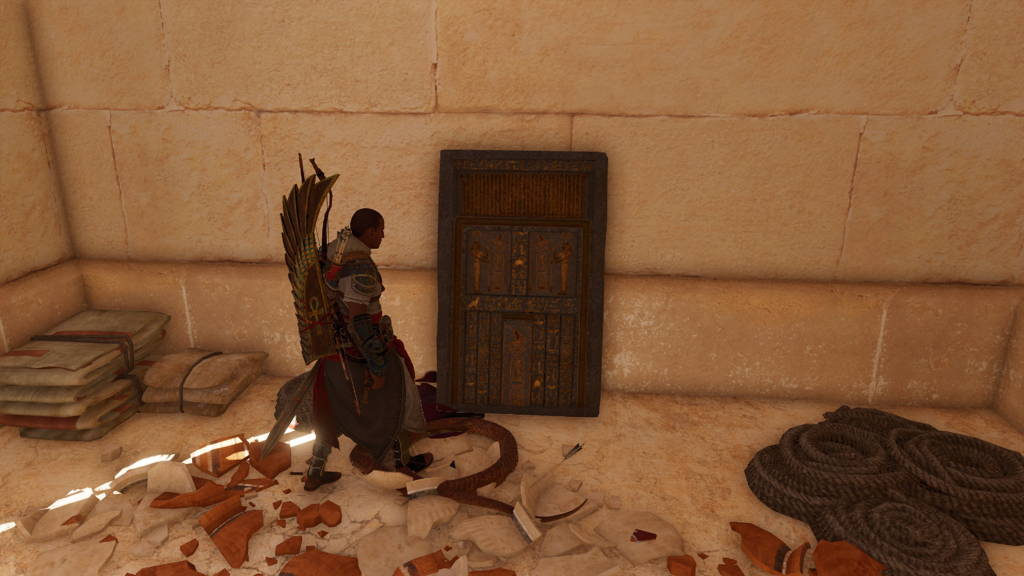 This is a guide to all the Stelae locations in the Aten afterlife region as well as a guide to finding the Treasure of Akhenaten.

There are four Stelae locations in the Aten afterlife region.

Guardians of the Aten 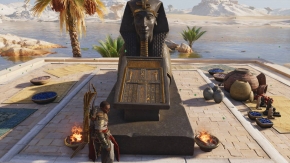 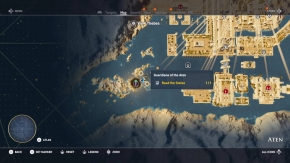 Guardians of the Aten stelae is located just east of the main entrance to the Aten. 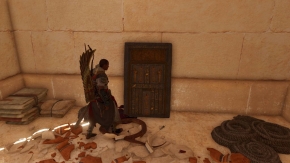 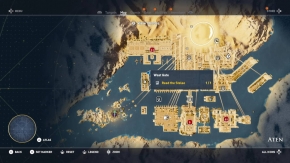 The West Gate stelae is located northeast of the main entrance area to the Aten.  The stelae can be found inside a stone building on the north side of the West Gate. The entrance is blocked by a wooden door/barricade which you have to break to enter. There are also large jars you will need to smash inside the building to get to the stelae.

Reading the West Gate stelae will unlock the O’ Victorious One pharaohs myth. 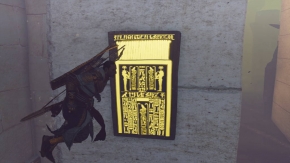 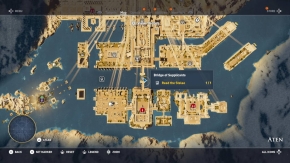 The Bridge of Supplicants stelae can be found underwater near the main bridge in Aten. Jump off of the east side of the bridge, bear to where the Royal Palace is and swim underwater towards the bridge to find the stelae.

Reading the Bridge of Supplicants stelae will unlock the Our Enemy pharaohs myth. 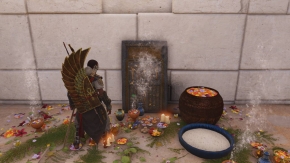 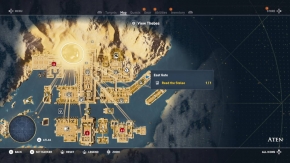 The East Gate stelae is located on the eastern side of Aten. When you’re at the location, look for a guard building in front of a large tower. On the back of wall of the building you will see a kind of banner thing hanging down. Climb up and jump through the window that is hidden behind this banner to get to the stelae.

Reading the East Gate stelae will unlock the A New Horizon pharaohs myth.

Now that you’ve found and read all the stelae in Aten you will now have a new pharaohs myth in your inventory. This one is called Treasure of Akhenaten funnily enough and it contains a cryptic clue as to the whereabouts of Akhenaten’s treasure within Aten.

In the sinister reflection of the Sun Disk, one chamber sits between two
Within its walls, all knowledge cries out from a voiceless barricade
A thousand scrolls, in praise of wisdom and the Living Aten’s rays
While behind the enemy weeps, a Heretic eternal.

The cryptic clue for this treasure is very cryptic indeed. The most logical thing for me was to try to locate the chambers mentioned in the clue. It just so happens that there is a location in Aten called Chamber of Reflections, so we’ll head over there.

Once you are at the Chamber of Reflections, you should notice three buildings or chambers. One to the west, one to the east and one to the north. Head inside the building to the north and you will see the shelves full of scrolls mentioned in the cryptic clue.

Head to the north-east corner of the room and you will find a gap between the inner east wall and the north wall. Squeeze through the gap and you will be in a narrow corridor. The treasure chest is at the end of this corridor. 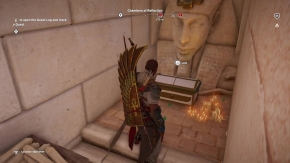 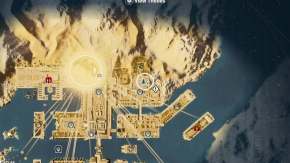