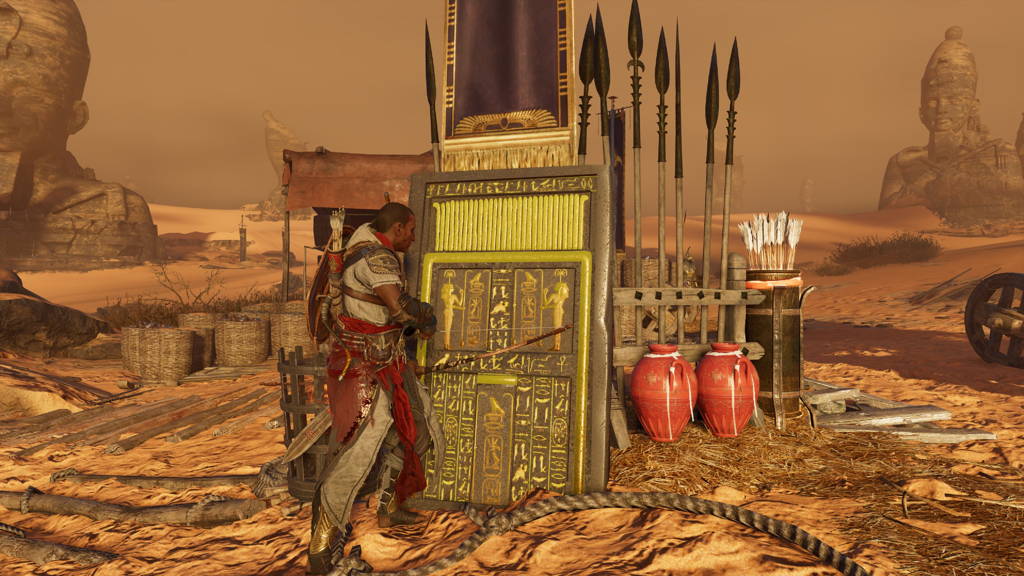 This is a guide to all the Stelae locations in the Heb Sed afterlife region as well as a guide to finding the Treasure of Ramesses.

There are four stelae locations to find in the Heb Sed afterlife region. 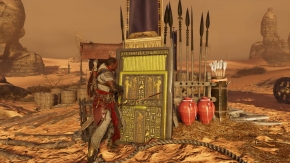 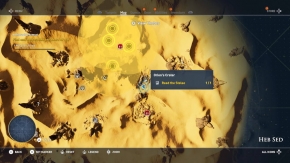 Orion’s Crater stelae is located in the easter part of Heb Sed,

On reading the Orion’s Crater stelae, you will unlock The Great Ancestor pharaohs myth.

Nomad’s Rest stelae is lcoated on the western side of Heb Sed. You have to climb up to the top scaffolding platform at the rock formation to reach it.

Reading the Nomad’s Rest stelae will unlock the King of Kings pharaohs myth. 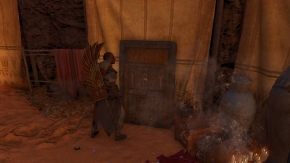 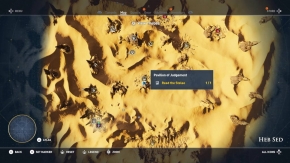 The Pavillion of Judgement stelae is lcoated pretty much right in the center of Heb Sed.

Reading the Pavillion of Judgement stelae will unlock the Flame-Haired God pharaohs myth. 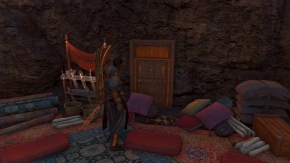 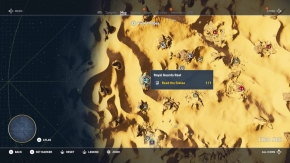 The Royal Guards Rest stelae islocated in the western part of Heb Sed, it is just north of the Nomad’s Rest stelae.

Now that you’ve found and read all four stelae in Heb Sed, you should now have gotten the Treasure of Ramesses pharaohs myth. Like the other ones, this will contain a cryptic clue, pointing you in the direction of Ramesses’ treasure.

A towering likeness, Victory, gazing over immeasurable Kadesh
A Coward’s feet flee over the gustless sands.
Fearful as a child he sought sanctuary in the Great Heart
But gripped with great malice, he lies red amongst roaring snakes.

This cryptic clue is actually rather helpful, from the text we know that the treasure is hidden somewhere near one of the huge Ramesses statues that are dotted around Heb Sed, we also know that the staute is overlooking the Battlefield of Kadesh.

The statue we need to head to is the one with the fast travel point on top of it, this one overlooks the Battlefield of Kadesh. Head to this statue of Ramesses and you should find some footprints in the sand, near the edge of the statue. Follow the footsteps round until you come across a gap/crack in the rock. Enter the gap and the treasure will be on the left. Just watch out for the four Cobra’s that are there. 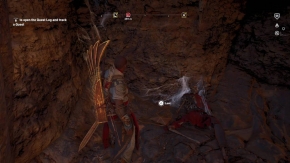 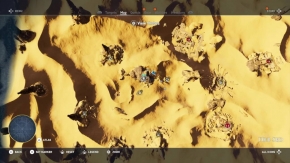