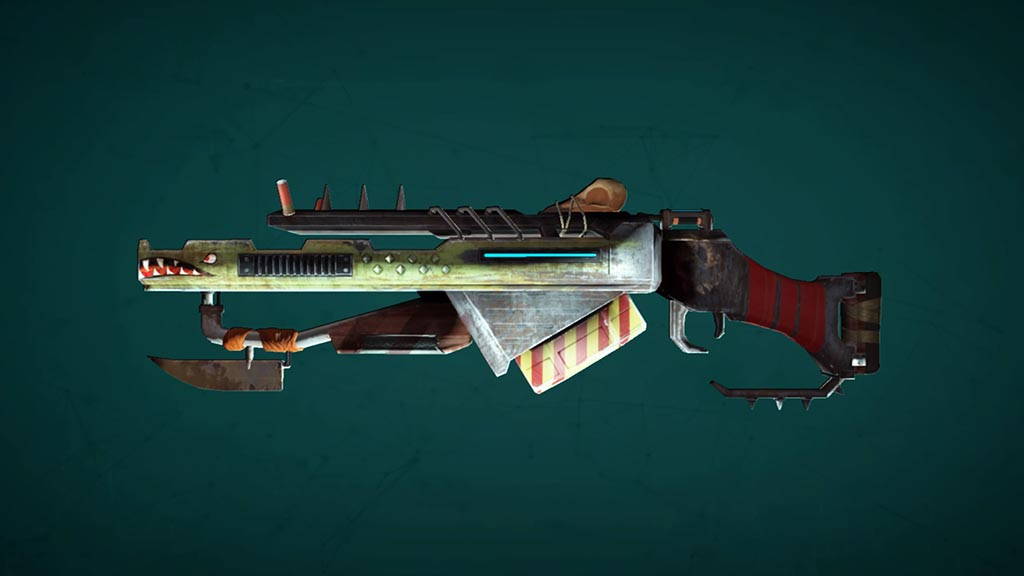 From time to time, you will get some weapons in games that are so overpowered and do so much damage that they can make a game super easy. Whether this is an intentional design choice by the developers or the weapon is overpowered and broken because of a bug, these types of weapons can lead to so much fun.

Defiance 2050 has one such weapon – the Bonesaw.

The Bonesaw is a prototype shotgun, I’m not exactly sure where I got mine from, it could have been from a pursuit or maybe I was lucky enough to get it from a random drop. Either way, the Bonesaw is one of the absurdly overpowered, broken weapons that can make certain parts of Defiance 2050 a breeze. 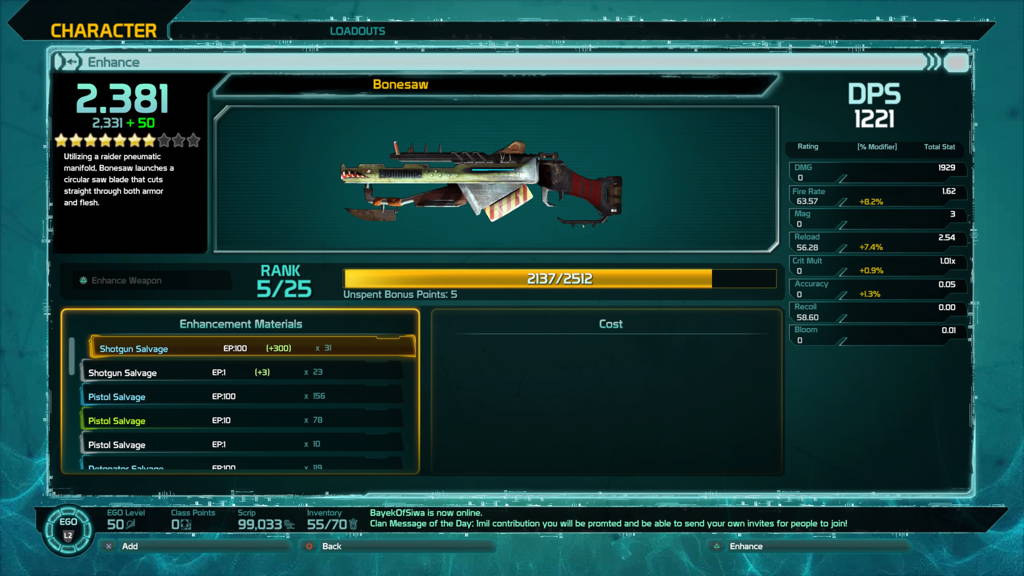 The Bonesaw is a shotgun that fires out a literal sawblade, the weapons description reads: Utilizing a radar pneumatic manifold, Bonesaw launches a circular saw blade that cuts straight through both armor and flesh.

My first experience with the Bonesaw was before I even got it. I was doing some Arkfalls, the big Arkfalls that culminate is a huge boss fight. Once we had gotten to the big boss, the boss would be dead in seconds. WTF was going on here I wondered, since it Defiance 2050 though, I just assumed the whole game was glitching.

It was only after reading some twitter posts that I found out that Bonesaw was the culprit. That’s how broken and overpowered the Bonesaw is, it can take down these huge enemies ina matter of seconds, assuming enough people are using Bonesaws of course.

Once I got my very own Bonesaw to drop, I couldn’t wait to get out in to paradise and try it out. In my Defiance 2050 review, I spoke about some very overpowered enemies, like the Blacklungs, the guys that are bullet sponges and fire grenades everywhere. Heres what the Bonesaw does to these, otherwise annoying enemies.

The Volge are another powerful enemy in Defiance 2050. These huge alien creatures can be found out in the open world, in Arkfalls and in co-op maps, they are generally a real pain in the ass to deal with, but not with the Bonesaw.

Or what about Hellbug Monarchs? Another huge, bullet sponge enemy that can usually take ages to kill with conventional weapons. Luckily, the Bonesaw makes quick work of these huge bugs.

Broken in more ways than one

As fun as the bonesaw can be, with it’s ability to take down otherwise tough enemies in seconds, it down have it’s drawbacks, Bonesaw is, unfortunately, broken in more ways than one.

Sometimes the Bonesaw just simply doesn’t work, I have seen the saw blade just pass through enemies with nothing happen at all, it also sometimes doesn’t show the usual damage numbers when you git an enemy and it sometimes doesn’t register the XP for killing the enemy.

And even though you may actually kill lots of enemies with the Bonesaw, the kills won’t actually register and count, so, if you go through an entire Arkfall using nothing but the Bonesaw, chances are you will have zero kills at the end.

The Bonesaw is also only useful against enemies made of flesh and bone, so enemies like raiders, mutants, Hellbugs, etc will drop like flies from one hit of the Bonesaw, enemies that are made of metal will still stand there, laughing in your face. This makes the Bonesaw not great against the really annoying Bullwarks and Scrapper enemies.

There’s no word from Trion Worlds if a fix is in the works for the Bonesaw, because it’s pretty apparent that the amount of damage this thing can do is not intentional.

If you manage to get yourself a Bonesaw, they are particualrly useful in Hellbug sieges and major Arkfalls, but remember, the kills you get with it most likely won’t count.

Until the Bonesaw is nerfed, which will very possibly happen, have fun using it against those super tough and otherwise annoyingly bullet-spongy enemies. 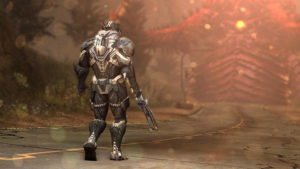 Defiance 2050: How to Enhance Your Weapons and Increase Your Power Level 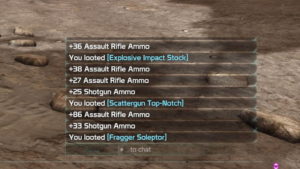 Defiance 2050: How to Set Up Chat Tabs to Show Your Recent Rewards 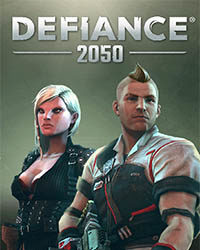