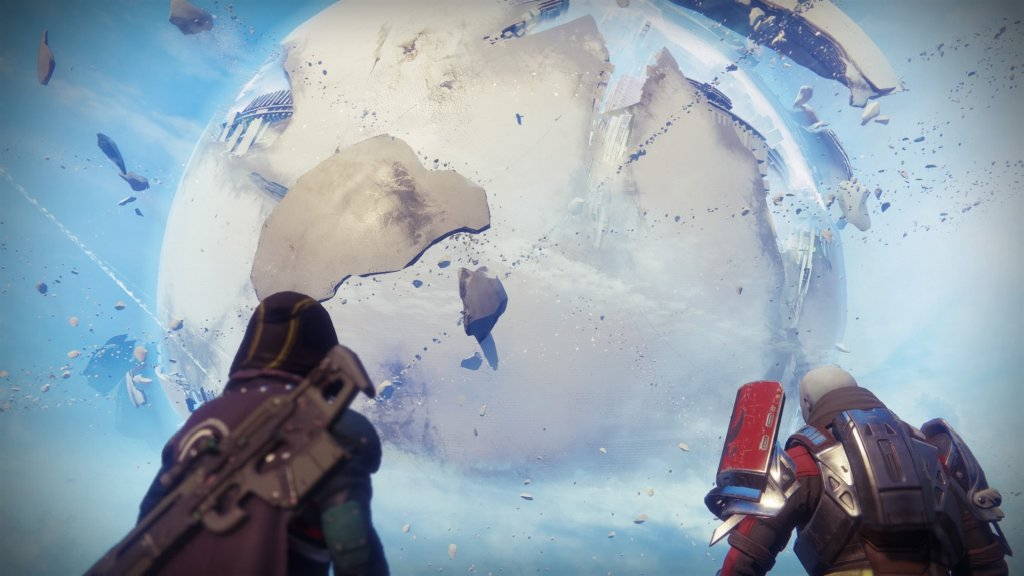 Destiny 2, it was supposed to be the main game I would have played for the next 2 – 3 years, it supposed to be far superior than Destiny 1, after all, Bungie had three years worth of feedback to work from. Unfortunately Destiny 2 turned out to be rather garbage.

Don’t get me wrong, essentially Destiny 2 is still a good game, at least it has the potential to be a good game or even an absolutely fantastic game but it got dumbed down and Bungie made changes that hardcore Destiny fans just didn’t like.

Destiny 2 has been getting some amount on flack from the community this past couple of months, from the whole XP controversy, players being locked out of content if they didn’t own Curse of Osiris, the poor reception of Curse of Osiris and of course the absolute hatred of Eververse and micro-transactions which resulted in the Bungie forums being filled with #RemoveEververse posts.

But, Bungie have been listening (they say that a lot) and within the next few hours they are due to release an update on the blog which will hopefully address many of the pertanent issues raised by the community and hopefully will fix the game.

Here are my five things that I hope will be addressed in Bungie’s update today.

1. Revert back to the Destiny 1 weapon system

I was never keen on the new weapon system in Destiny 2. I thought the idea of two primaries was just stupid. Although I was never much of a sniper in PvP I absolutely loved sniping in PvE, being able to sit back and pick off enemies or snipe a boss right between the eyes until his health disappeared was rather fun. Now snipers are pretty much useless because I’m always going to pick a Rocket Launcher over a sniper any day, so please, for the love of god, let us equip a sniper and a Rocket Launcher and revert back to the Destiny 1 weapon system of primary, special and heavy.

2. More reason to explore the worlds

I use to love going dead ghost hunting or hunting for calcified fragments, it gave me a chance to explore the worlds and find these little out-of-the-way places. Destiny 2 has got absolutely nothing to explore. Sure the worlds are definitely a bit better, they seem more alive but there’s absolutely no point to explore. Luckily, Chris Barrett, Bungie’s Game Designer has hinted at the return of dead ghosts or something similar returning. Let’s hope they mention this is todays post.

When Destiny 2 was first announced I honestly thought that Bungie would add much more depth and more RPG elements in to the game, like proper quests, more ways to modify your character, armour and guns and things like more in-depth skills. Sadly, Bungie went the exact opposite way. Whereas Destiny 1 had some RPG like elements in it, Destiny 2 pretty much discarded any RPG like elements and depth and pretty much just turned in to a basic first person shooter. I want proper quests and more skills and options to tweak my character and loadouts.

You can bet your bottom dollar that Bungie will definitely address Eververse today, there has been so much hatred for it recently its insane. ALthough I normally don’t mind too much about micro-transactions, especially if they are just cosmetic, I do mind when every single cool cosmetic reward can only be obtained from a micro-transaction/lootbox store.

It’s safe to say that Bungie won’t completely remove Eververse but they need to dial it down a notch and have a lot of the cool rewards like exotic ghosts, ships and sparrows available as actual rewards for completing content int he actual game. Just make items like emotes available to buy directly with silver instead of relying on an RNG loot system which is no doubt weighted heavily in favour of Bungie.

5. Fix PvP and make it more fun to play

Destiny 2 PvP is a right mess just now. It simply isn’t fun to play, it’s seems much slower and the higher time-to-kill which results in having to team shoot everything is just boring. Major Destiny Twitch streamer have been pretty much stopped streaming Destiny 2 because of the simple facts that PvP is now boring, due to team shooting they can’t pull off amazing plays and it’s far less fun to watch.

Bungie really needs to address these issues and admit their mistakes but more than that they need to get the finger out and make the required changes fast.

Today’s update from Bungie should be on their website within the next few hours. This is a big deal, with many Destiny fans calling this a make or break moment. Destiny 2’s player base is reducing rapidly, streamers have stopped streaming it and a large portion of the hardcore player base has completely fallen out of love with the game.

This could be Bungie’s last chance saloon, the fans need to see action being take and not just words being spoken, Bungie needs to fix Destiny 2 fast or it will be left for dead.