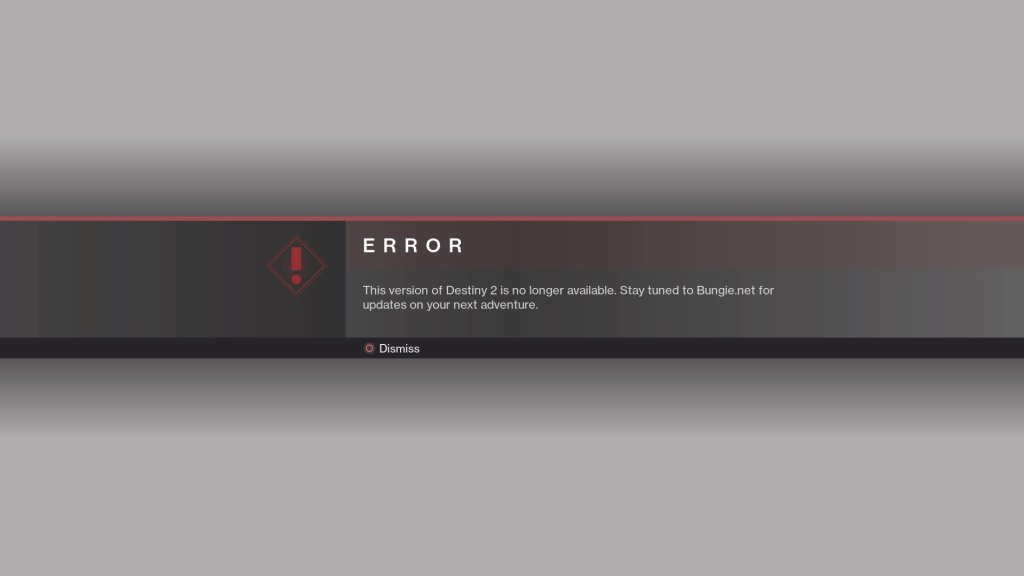 Destiny 2 has only been out about a week and today has seen the longest downtime of the game yet.

It all started this morning when Bungie announced that the Destiny 2 servers would be offline from 7am to 11am Pacific Time (3pm to 7pm BST).

Destiny services will be offline today (9/12) for maintenance. Expected duration is 7 AM through 11 AM PDT. https://t.co/Ocy0lEVMfq

That was all well and good, a bit of server maintenance is nothing to be concerned about right? Well, the 4 hours downtime then turned into five hours downtime when Bungie announced that the maintenance would be extended by an hour.

OK, another hour to wait, that’s not too bad right?

As fans where eagerly awaiting the servers to come back online, desperate to get their hands on some powerful gear from the Nightfall and this weeks Flashpoint Bungie then dropped another bombshell.

Yep, server maintenance is now extended by another 2 hours, that will be 10pm BST, if they actually do come online at that time.

Fans, particularly UK Destiny 2 fans, are quite rightly enraged at the extended downtime. With many fans getting home from work or school to play Destiny 2 and then faced with this downtime which will no doubt destroy most UK people’s chances of getting some decent game time in tonight.

Many Guardians have been venting their anger on Twitter at this lengthy downtime.

In an even stranger twist to this Destiny 2 downtime, it seems that at least part of the downtime was to alter a pair of hunter gauntlets that apparently had a symbol on them that was similar to a hate symbol.

As fans tried to figure out what gauntlets Pete Parsons was referring to, a Redditor on r/DestinyTheGame posted a screenshot of the gauntlets with an explanation.

The Hunter gauntlets shown in the above image have a symbol with the letter K on them, on the right in the image is the flag of Kekistan, a fictional country made up by some people for a meme or something but apparently this Kekistan symbol is used by some far-right extremists in the US.

I’ve never heard of Kekistan before this and most people probably haven’t heard of it either, outside of the US anyway but apparently it offends someone so Bungie has to remove it.

The Destiny 2 servers are due to come back online at 10pm UK time (fingers crossed).