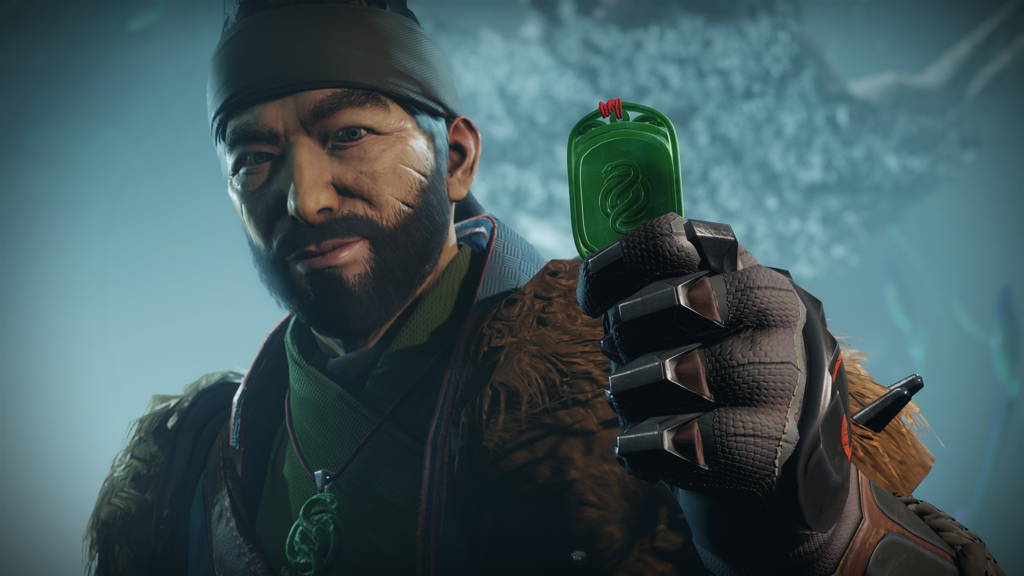 Alright, Alright, Alright. Destiny 2: Forsaken’s new PvE/PvP hybrid game mode is currently active to let people get a taste of what the new game mode is all about. Gambit has been live since reset yesterday, and it will be live for a couple more hours, to intice more people in to buying the Forsaken expansion.

On the surface Gambit is very fun and the concept seems fairly straightforward, kill PvE enemies and collect the Motes they drop, bank said Motes in to the thing in the middle to summon a taken enemy on the opposing teams side, bank enough Motes and you can call in a Primeval. A massive taken boss. The first team to take down their Primeval wins the round.

The PvE side of the game is certainly a fun experience, that’s what Destiny does best, great shooting. There are a lot of enemies spawning on various parts of the Gambit map, the ares where the enemies spawn are highlighted with a marker. You and your team need to go to the area the enemies spawn, kill them and collect the Motes they drop.

Normal red bar enemies will only drop 1 Mote, however different enemy types will drop more. For example, the shielded Cabal enemies will drop 3 or 4. High Value Target enemies, the ones with the yellow health bar, will also spawn randomly, these will drop even more Motes.

The main aim of the game is to bank Motes which will summon blockers on the opposing teams side. Blockers stop the other team from banking thier Motes.

From what I can gather, once you have banked enough Motes your team can call in a boss enemy called a Primeval. Primeval’s are large taken bosses with tons of health. The first team to take down their Primeval wins the round.

What makes Gambit unique and even more exciting is the PvP element to it.

Occasionally a portal on your side of the map will open, I’m not sure how or when the portal opens. Maybe it opens randomly or opens after you bank a certain amount of Motes. This portal allows one of your team mates to transport over and invade the other teams side.

This is where it get’s really fun.

Teleporting over to the enemy teams side and wiping 3 or 4 of them out is extremely satisfying and makes you feel like a proper bad ass.

The other team can of course teleport over to your side and kill your team mates, so you need to look out for that. If you manage to spot the enemy player who is invading your side, you can try to kill them. Killing them seems to also drop a Mote.

There is no doubt some tactics involved with Gambit. It seems that the best time to invade the other teams side is when you have spawned a blocker or two over, as they will be preoccupied with killing the blockers it should be easier to take the enemy players down.

I found the few games I played of Gambit to be very enjoyable and I’m definatley excited to play more of this game mode when Forsaken launches of September 4th. It’s not all fun and games though, and there is a few issues with Gambit that have cropped up during people’s time with the preview.

I’ve played about six or seven games of Gambit so far, and in most of them our team was a man down, one of the games we where two men down meaning we where playing 2 v 4.

If you’re team is a player short, this pretty much gaurantees that you will not win. I’m not sure if people where leaving at the start of the match or midway through because it looked like we where loosing, but once someone drops out from your team it’s pretty much gameover. That said, I did manage to win one round with three on our team, but we did loose the match.

Luckily though, Polygon have just reported that Gambit will ship with a quitter penalty so that may help stop people from leaving the match.

It does appear though that Gambit will be better played with friends or pre-made groups of 4. My only concern is that, like with raids, some of the community will get a bit elitist and will demand that players be a certain power level or have certain weapons or gear before they can join a group. This would make such a fun and potentially great game mode inaccessible to a lot of people who don’t have friends playing the game or who are not in active clans, much the way raids are.

The other matchmaking issue that has cropped up, one that plagued the competative playlist and to some extent the quickplay playlist, was random players being matched against pre-made teams of four.

It seems pretty obvious that a pre-made group of 4 who are communicating with each other are always going to have an advantage over a team of four random’s who are probably not communicating. The best solution to this would be for Bungie to only match random’s against random’s and teams against teams.

The few games I played of Gambit where definatley enjoyable and I am looking forward to playing it more. Despite the matchmaking and people quitting issues, the game mode certainly seems like it has the potential to be a very fun and unique mode. Albeit one that’s better played with friends.

Destiny 2: Forsaken will be released on September 4th.