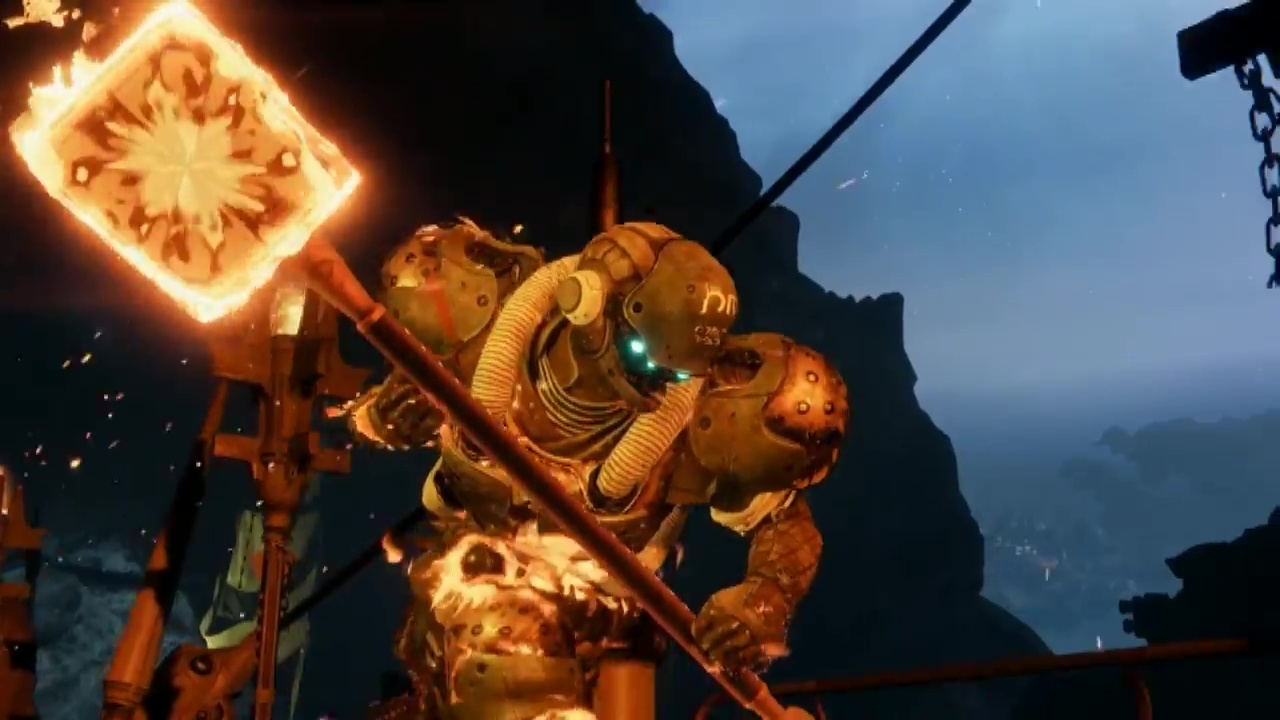 Bungie have revealed the next major expansion to Destiny 2 – Forsaken. Destiny 2 Forsaken was revealed via a live stream and the reveal did actually reveal quite a lot about the upcoming expansion.

In the live stream Bungie talked about the different places we will visit, we seen a glimpse of the a new enemy race called the Scorn, we seen some new weapons and the cool looking new supers. The new raid was also talked about briefly. 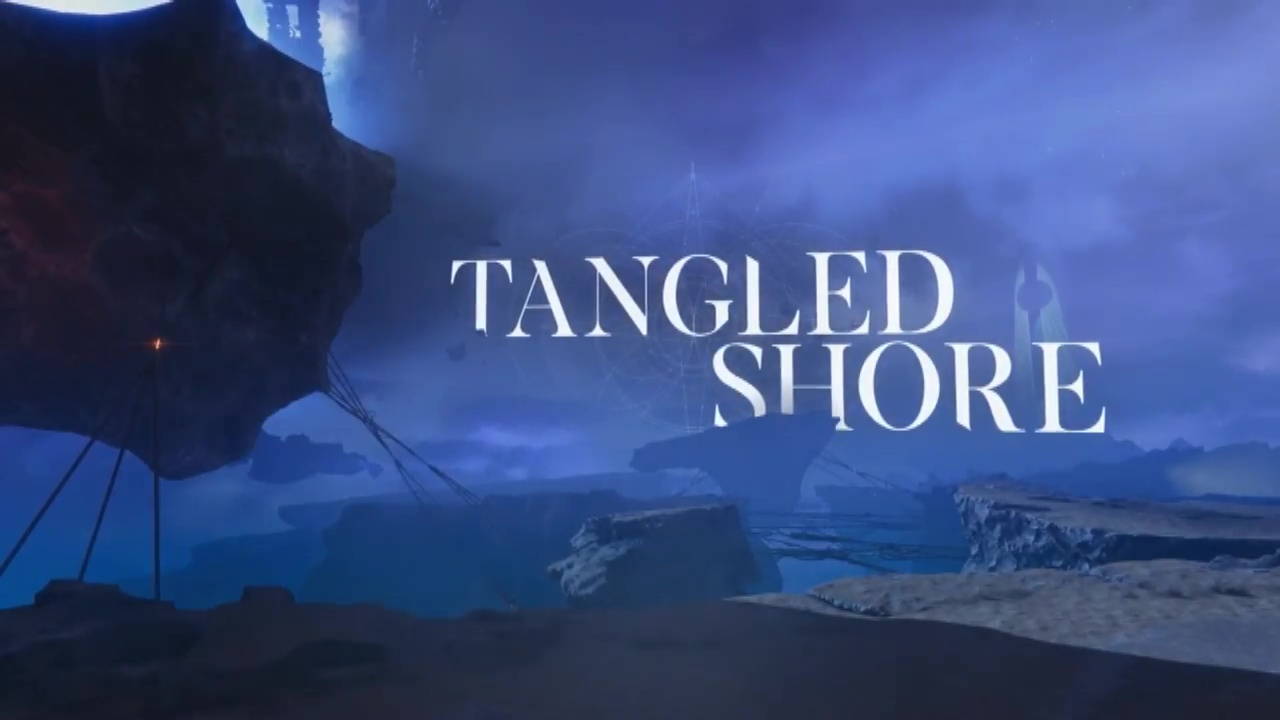 Bungie want to have a kind of wild west type of vibe happening with the Tangled Shore and it was described on stream as a lawless frontier completely taken over. The most melovolent force in the Tangled Shore is the new enemy race, the Scorn. 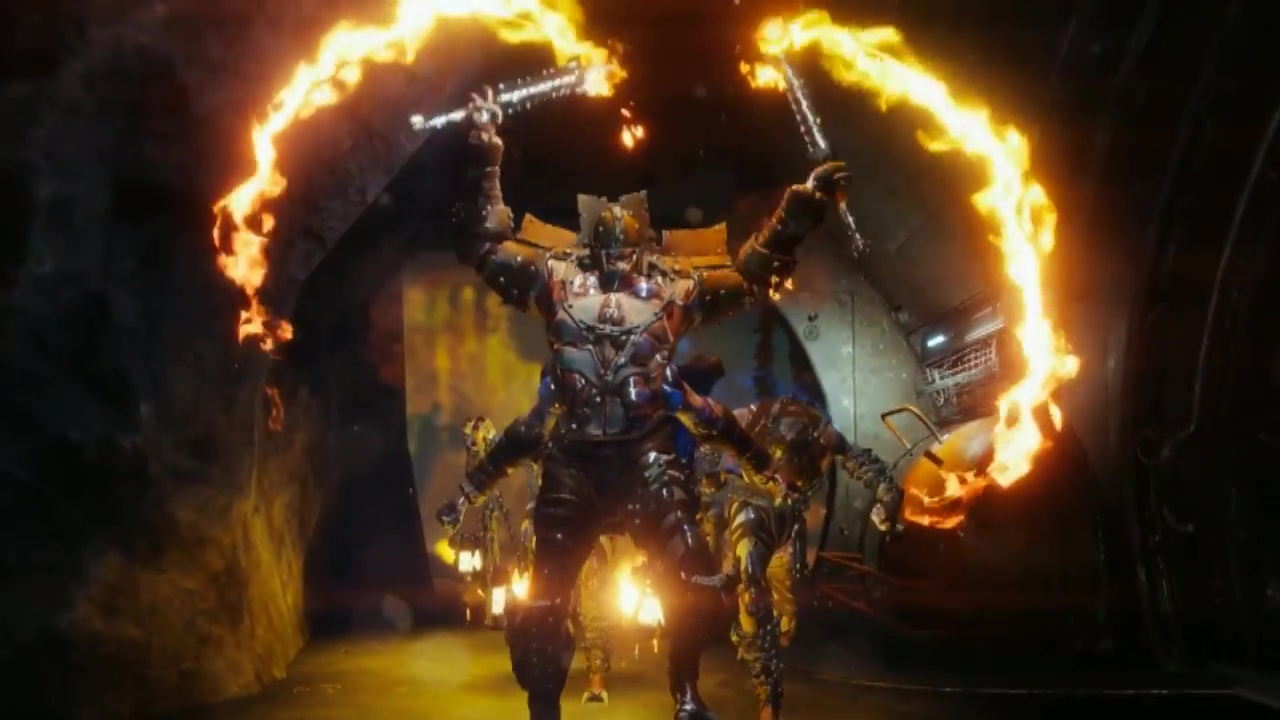 The Scorn are very aggresive creatures, they will always charge and push you according to one developer on the stream. The Scorn are led by a group of eight Barons, who will have to hunt down in the game.

The stream showed a sniper battle with a baron and a huge melee attack baron, so it looks like each baron will have different abilities and forms of attack adn we will have to adjust our loadouts and strategies to adjust.

The current Destiny 2 weapon system is disliked by many Destiny 2 players, particularly Destiny 1 veterans who prefer the more flexible approach of the Destiny 1 weapon slots. 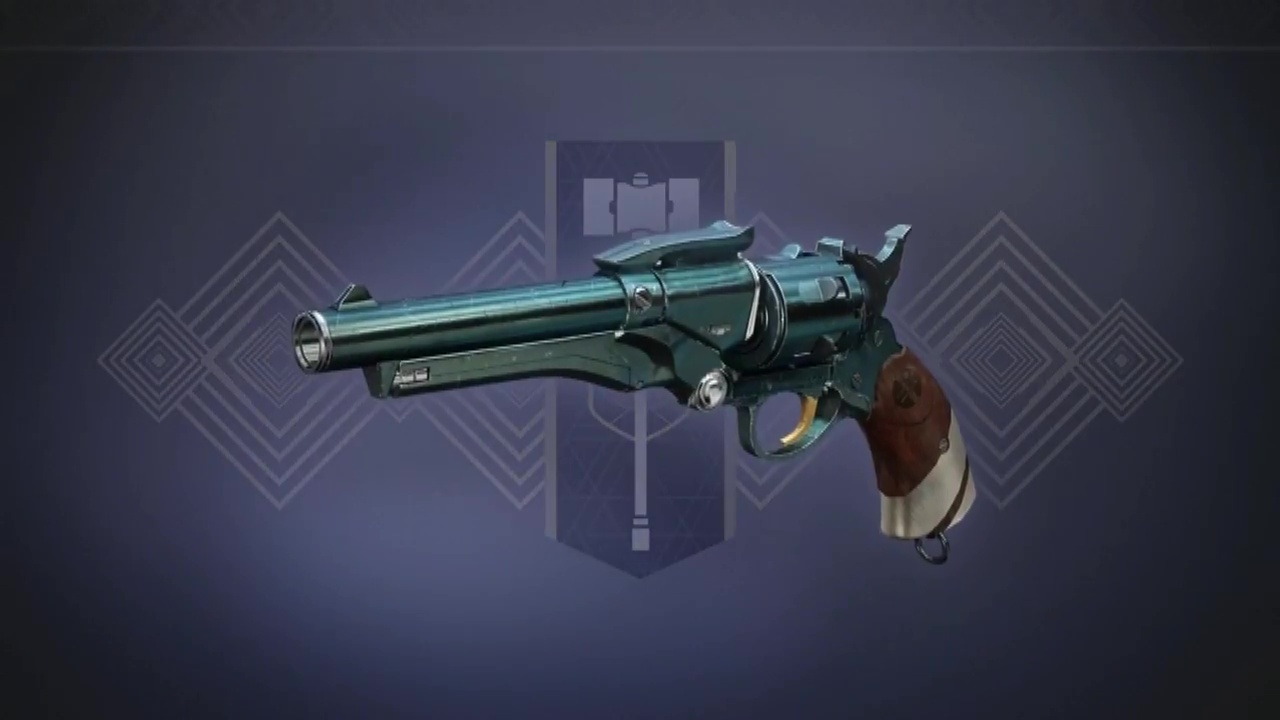 With Destiny 2 Forsaken there will also be an upgrade to the current Masterworks system which will allow for more weapon customisation where you can upgrade your weapons over time. Theres also the likely hood that random weapon perk rolls will return in some form. 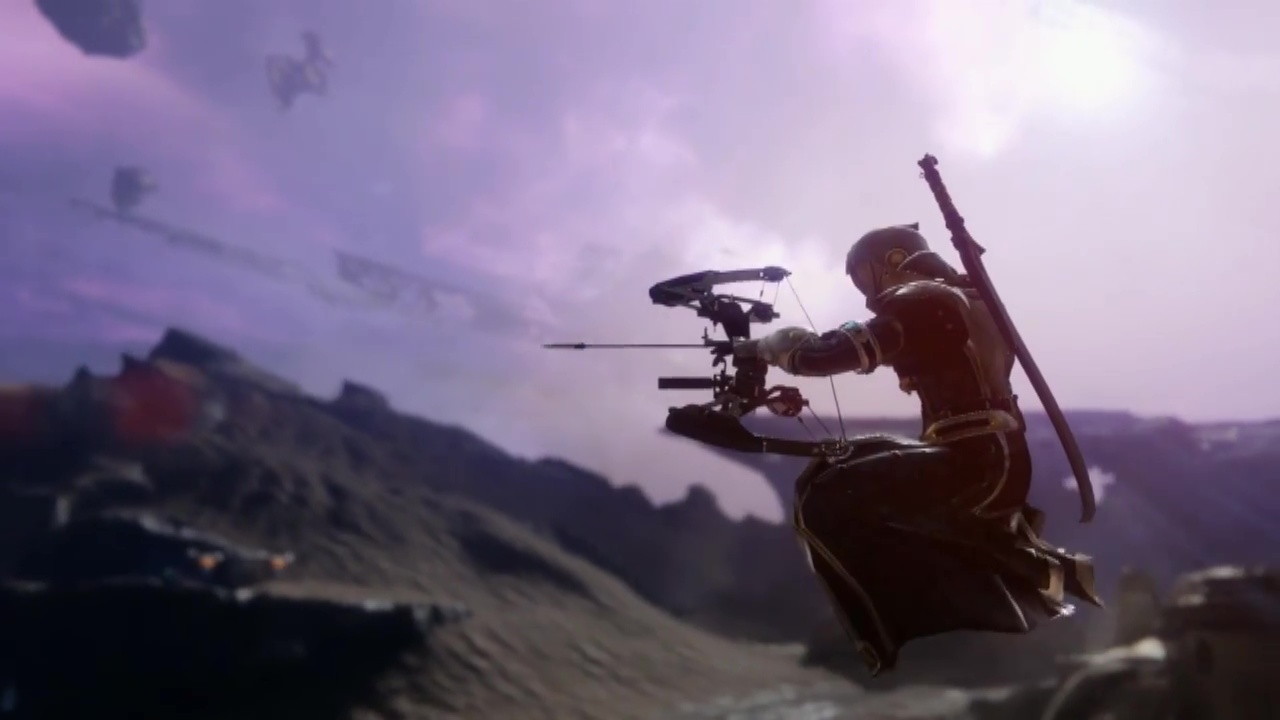 Destiny 2 Forsaken will also introduce a brand new weapon type, the legendary bow. I’m particularly keen to play with this new bow weapon as the last couple of great games I have played have both featured bow and arrows (Horizon Zero Dawn and Assassin’s Creed Origins), so I am particularly fond of bow weapons in games. 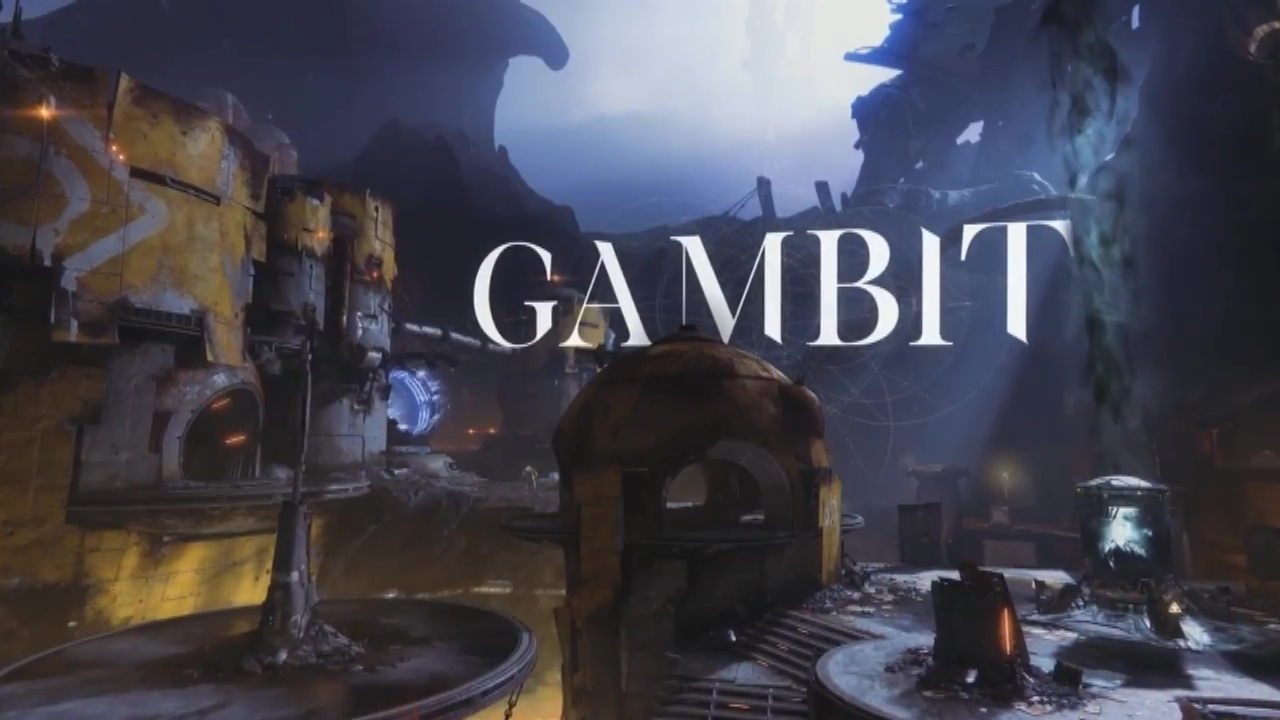 A brand new game mode coming with the Destiny 2 Forsaken expansion was also revealed during the live stream. The new game mode is called Gambit and is a PvEvP activity where two teams of four players are put in to two side of an arena and have to fight off AI enemies to collect ‘motes’, The motes are then placed in to a bank and you can summon a blocker, an AI enemy, to appear on the opposing teams side.

A teleport also appears at times wehre a member of your team can teleport over and rain havoc on the oppsing team (the PvP part of Gambit).

Gambit does look very interesting, apparently it will have its own seperate place on the Director so will be like a completely seperate game mode. Players have been screeming for a PvEvP type event since Destiny 1, so looks like Bungie finally got round to making one. 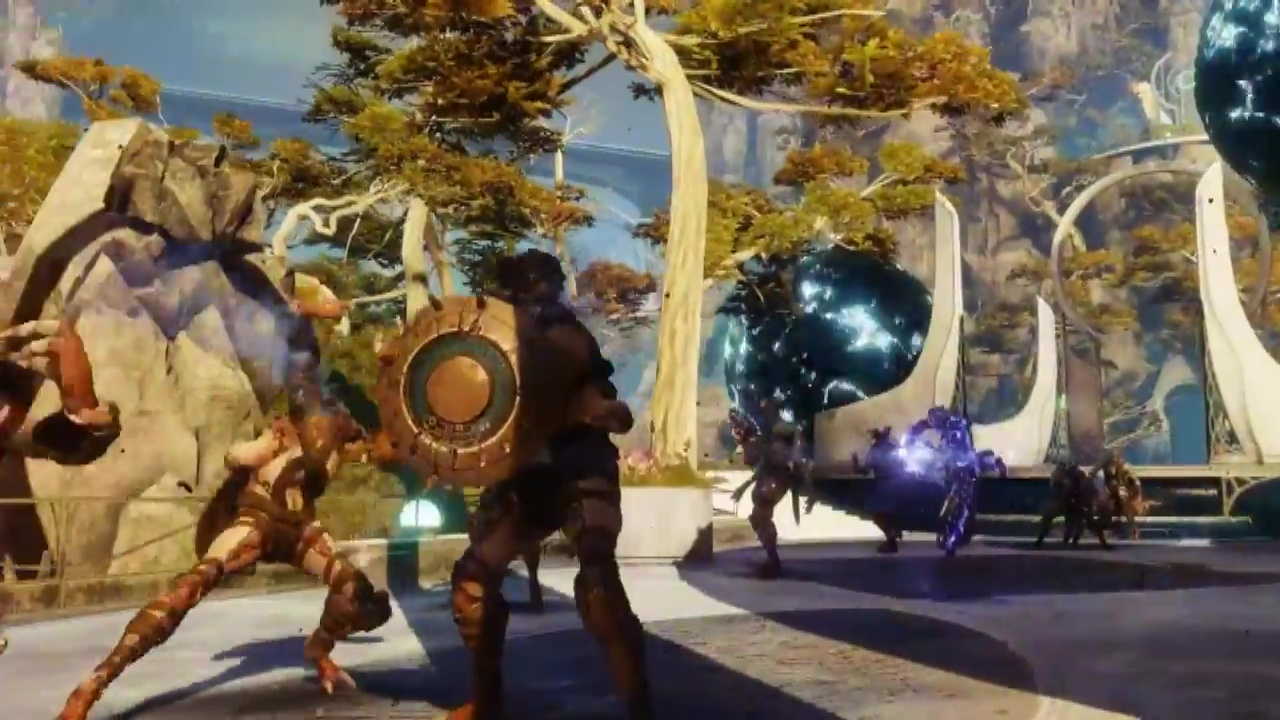 The location of the new raid, the Dreaming City, sounds interesting. It is the Awoken homeland and will be full of secrets and mysteries according to the Bungie devleopers on the stream. The Dreaming City will also contain puzzles to solve and lots of hidden areas. 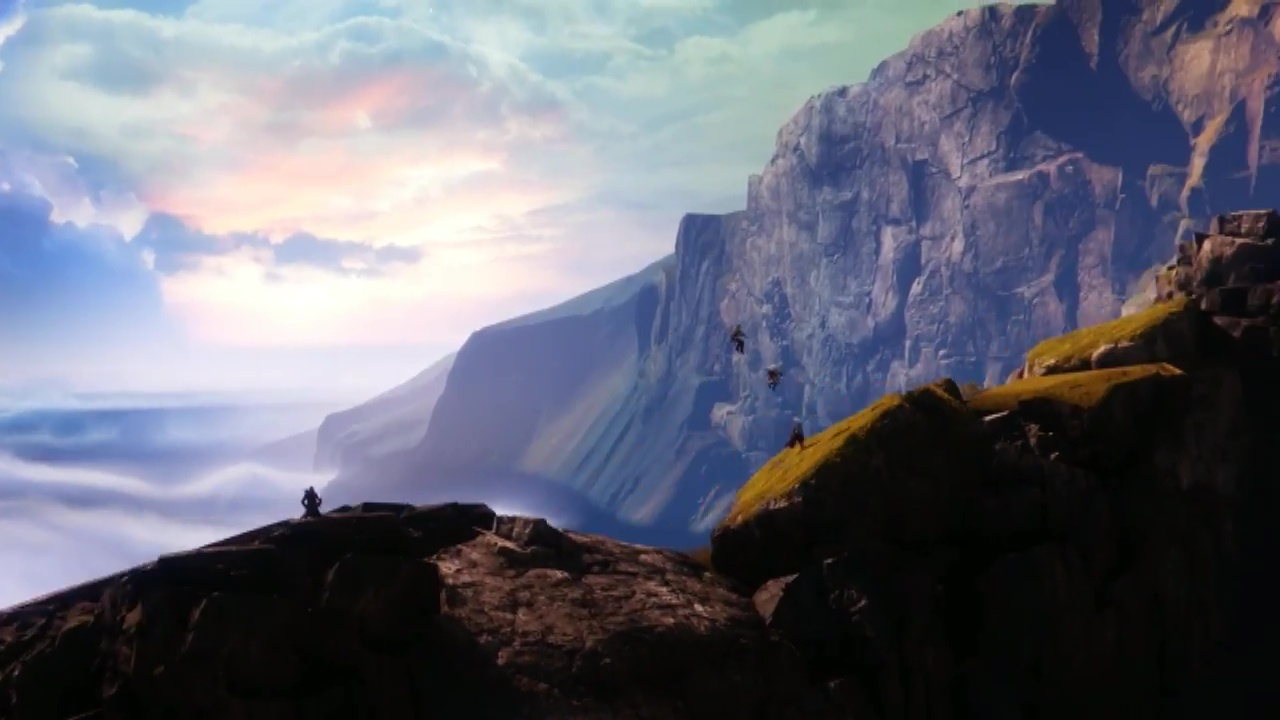 It is not really know exactly what this means, but on the live stream a Bungie developer does say that players can affect the Dreaming City and it will change for other players. Whereas this does sound very new, ambitious and exciting, it’s worth noting that Bungie are famous for over hyping things that don’t really turn out as described (remember “you see those mountains, you can go there” and pretty much anything said about the Infinite Forest.) So, until we see more of this destination it’s worth taking what was said on stream with a pinch of salt.

Everything that was shown on the live stream has certainly got me a wee bit more confident that Destiny 2 will be changing for the better, it looks essentially like Bungie are making it more like Destiny 1.

Even with all the new and really cool looking stuff shown on the stream, there was one thing shown that immeidatley split the community – the Annual Pass. 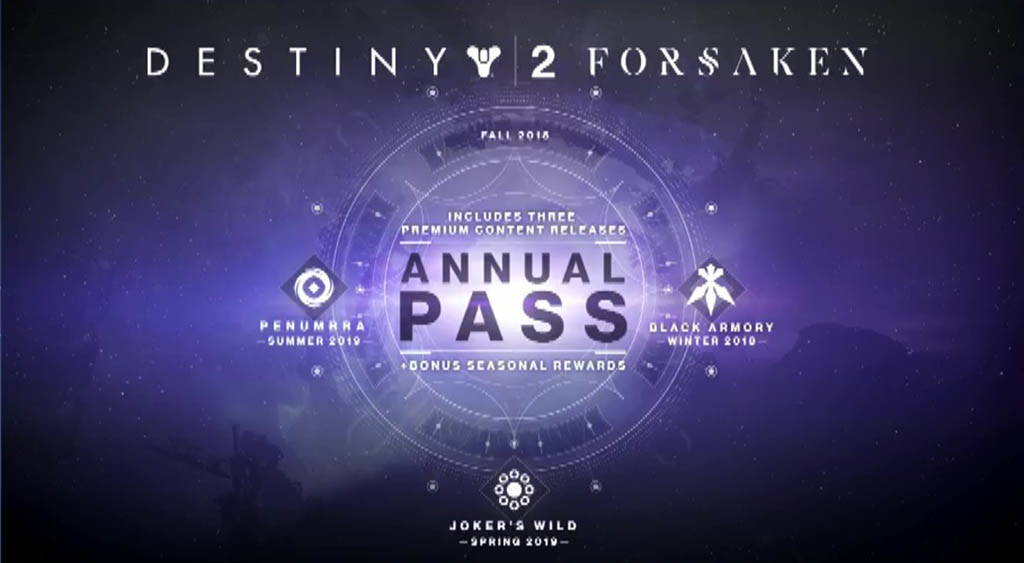 The Annual Pass is a new way for Bungie to delvier content over the course of the year. The Annual Pass will include three content drops, Black Armoury in WInter 2018, Joker’s Wild in Spring 2019 and Penumbra in Summer 2019.

Bungie where quick to keep out expectations in check however, stating that we should not expect these content drops to be on the same level as previous expansions like Curse of Osiris and Warmind, so it is likely that these content drops will be smaller in size. Bungie have also confirmed that they won’t feature cinematic story campaigns, instead the story will be told through the gameplay.

The description on the PS Store however does state the following:

So, it does look like we will still get the seasonal events and content we’ve come to expect. The value of the Annual pass will be determined by the quality of the three content drops, if they are not sufficient content you can be sure the community will be up in arms.

Alongside the release of Forsaken, there will also be some much needed updates to the game. Bungie recently updated their Development Roadmap which details the updates coming in September. These include;

It should be noted that the update for all the stuff mentioned in the Roadmap will be free to all Destiny 2 players, however it’s no coincidence that these are being promoted along side the Forsaken expansion.

Overall I was fairly impressed with what I saw in the live stream for Destiny 2 forsaken, nothing was mentioned about the story, that will be revealed at E3 2018, but does look like it will feature Cayde-6 in some capacity.

Like many Destiny players I’ve learned to keep my expectation in check and not get dragged in by the hype. Will I be buying Destiny 2 Forsaken? Yes, absolutely, will I be pre-ordering it? Not sure, I am going to try not to but we’ll see what happens.

WIth Forsaken it definatley looks like Bungie want people playing Destiny 2 constantly, just like they did with Destiny 1 and by the looks of it they might just succeed in making Destiny 2 a hobby again for many players.