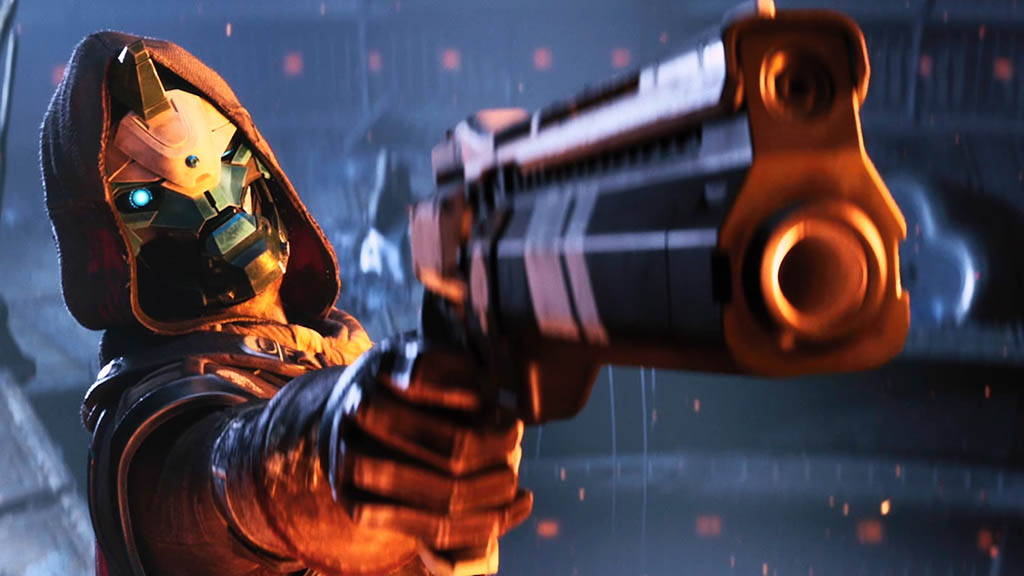 Forsaken, the latest expansion to Destiny 2 has been out for almost a few weeks now, and like most of you I have been grinding away at the game, getting my power level up and experiencing all the new content that Forsaken has to offer, with the exception of the new Last Wish raid, I’ve only been in to the first encounter.

The first thing that struck me about Forsaken and the major patch that came prior to it was, why wasn’t half of this stuff in Destiny 2 at launch? I’m not talking about the new actual content or the new areas, just the fixes, the addition of the triumphs page and lore tabs and the host of general improvements. If this kind of stuff was in the game at launch – which it should have been – Destiny 2 wouldn’t have gotten in to such a poor state in the first place, a state which required a major content update like Forsaken to correct.

Thankfully, Forsaken did correct much of Bungie’s previous misssteps with the game and Destiny 2, for the most part, does feel a lot more like the good ‘ol days of Destiny 1. I think that is in-part to the sheer amount of stuff there is to do now in Destiny 2, that there is now reason to invest time in the game and to enjoy it for what it is, a great shooting game. 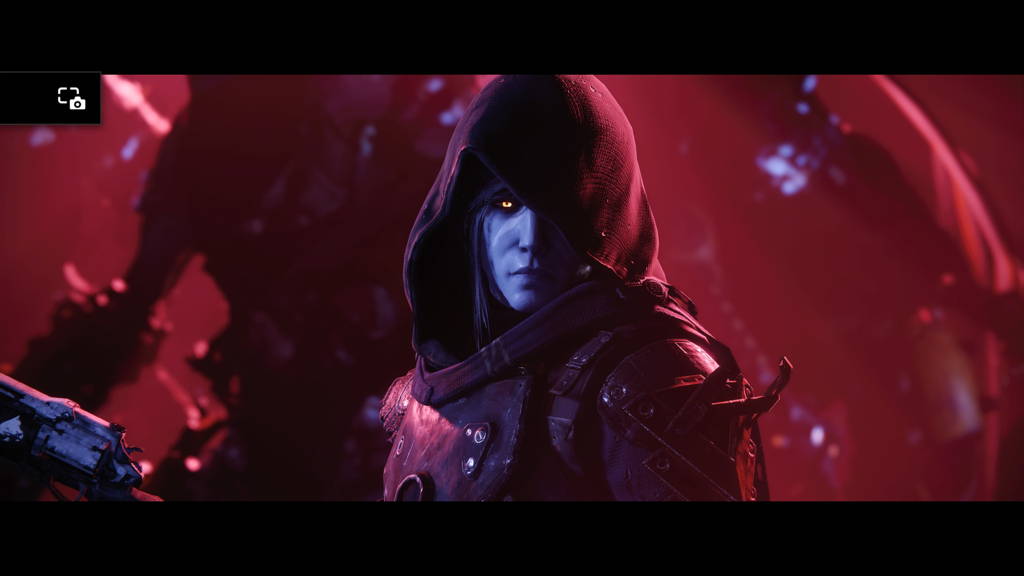 The main story of Destiny 2: Forsaken is very much improved over Destiny 2 vanilla story. The story in Forsaken takes a much darker tone and focuses on Revenge.

Essentially, Prince Uldren, who you’ll probably remember from Destiny 1, along with eight of his Barons, kills the loveable Cayde-6. It’s your Guardians job to hunt down these eight Baron’s and Uldren and kill them.

The story consists of several main missions, with the meat of the campaign taking the form of adventures. It is these adventures that put us on the trail of the eight barons. The Baron missions where very well designed, with a lot of the Baron’s having some mechanics to overcome rather that just standing there shooting at them for a certain amount of time.

During the campiagn we also encounter the new enemy, the Scorn. Surprisingly the Scorn aren’t just a reskin like with other ‘new’ enemies introduced in the past (the Taken, SIVA infused Fallen, Ice Hive.) The Scorn actually do feel brand new and unique with different enemy sub-types and their own set of attacks, like the ones who will charge at you with flaming balls on chains or something, and the shielded enemies who spawn these tether devices that pull you towards them.

The main campaign lasted a fairly decent amount of time, I would say it it probably took me over six hours to get all the missions done, for the start of the campaign right up until unlocking the Dreaming City. Six hours are not too long compared to other games, but for Destiny, it’s not too bad. That six hours is extended though, as in between story missions you will no doubt be doing things like public events, gambit and PvP to earn extra gear to boost your power level.

Overall, the main campaign was very enjoyable, my only gripe was the last battle. Going in to Forsaken, I was expecting some epic boss fight between our Gaurdian and Prince Uldren, the main bad guy of the story, except Uldren is sucked into a giant servitor looking thing and this is what we fight.

I am a bit dissapointed that we never actually got to fight Uldren in person, I think that would have been  a much better ending.

Tangled Shore and the Dreaming City 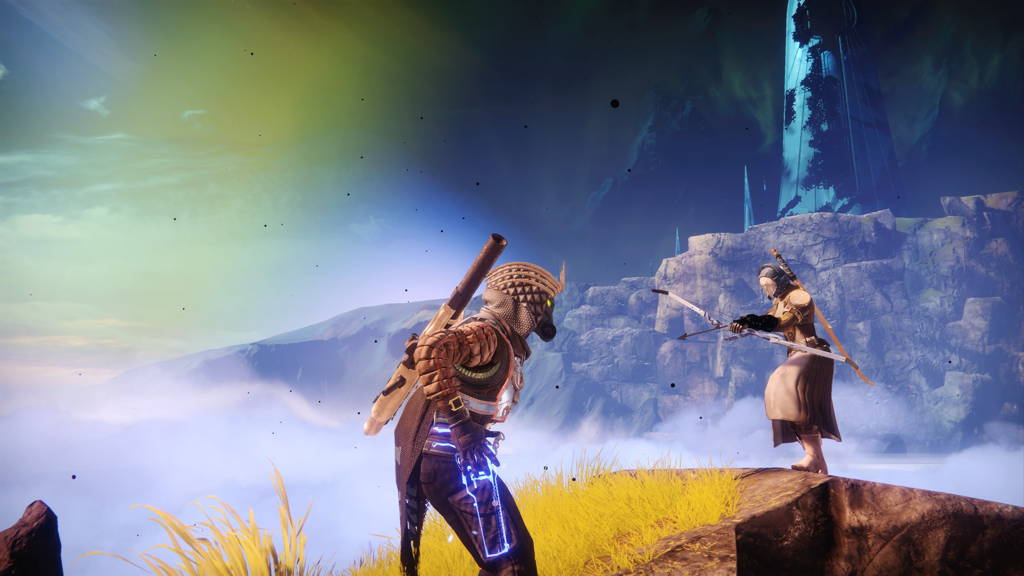 The Tangled Shore is the first new world that you will set foot on during the Forsaken campaign, after setting foot on the Tangled Shore you meet with Spider, a member of the Fallen race who runs some kind of crime syndicate.

The Tangled shore is like a lawless wastland. It is a collection of Asteroids with many building and cave structures to explore.

After the main campaign, there is a seperate mission, which has a few different objectives to complete, which will unlock the the second new area – the Dreaming City.

The Dreaming City is definitely a stunning looking area, with fantastic looking buildings, hills and cliffs and plenty of magical looking places to explore.

The Dreaming City is where much of the end game content is located, including the Last Wish raid Blind Well, a new Court of Oryx like public event area.

Both new locations are very well designed and like pretty much everything else we’ve seen with Destiny and Destiny 2 they look fantastic, but they don’t feel like open worlds.

I can’t understand why Bungie just doesn’t make proper open worlds for Destiny 2, there’s nothing worse than having a gorgeous looking place to explore only to be thwarted by invisible walls and cieling and death barriers that kill you instantly the second you try to go somewhere you shouldn’t. It’s 2018 Bungie, make proper open worlds please.

So much to do, so little time 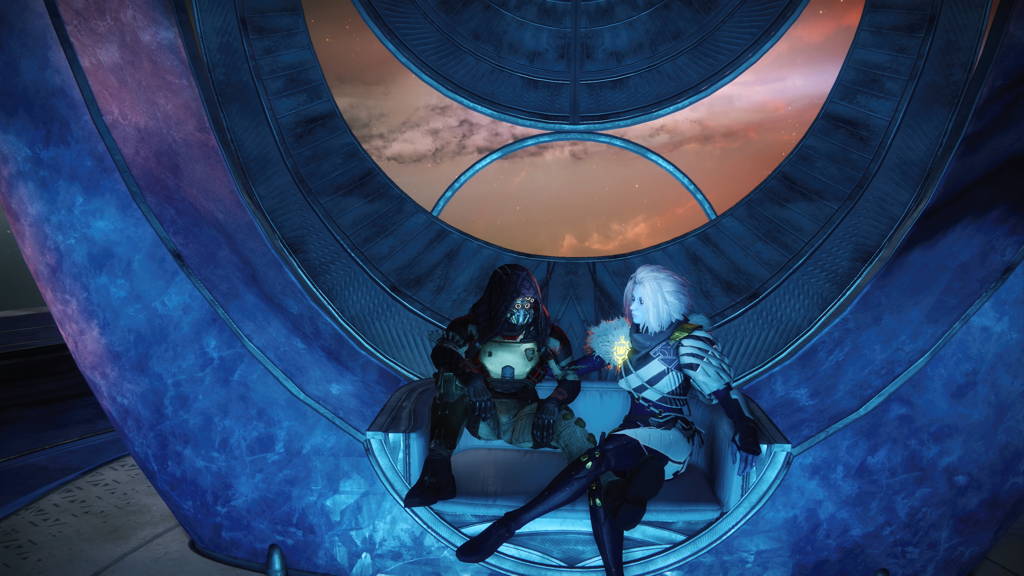 One of Bungie’s main goals with Forsaken was to bring back the hobby of Destiny, to keep players playing and returning to the game on a daily and weekly basis. On this front, they have certainly succeeded.

Forsaken brings with it a tremendous amount of stuff to do and thats even after you’ve finished the main campaign.

For me, the main goal of any new expansion for Destiny 2 is to reach the max power level, things like the campaign are just things you do in your journey to the highest power level available.

With Forsaken, Bungie increased the max power level to 600, 200 above what the max power was in Warmind. Thankfully though, there is now a ton of different ways you can increase your power on a daily and weekly basis.

For starters, there is still the weekly flashpoint that gets you pwerful gear, on top of that though there is Crucible, Gambit, Strikes, Heroic Story Missions, Ascendant challenges, weekly bounties, clan bounties, the list goes on and on.

There is actually so much to do now, that even though I have gotten all three characters through the main campaign, I really only have time to do all the weekly stuff on two characters, sadly my Warlock has been left behind in the power race.

Even with all the extra stuff to do for powerful gear, the main drawback of Destiny 2 is that a lot of this stuff requires you to team up with other players, Nightfalls don’t have matchmaking so you are required to go through LFG (looking for groups) to find a team to complete it with.

Other quests have also been unlocked prior to me writing this review which can net you some nice powerful gear, but that to requires a pre made fireteam to complete most of it, some ascendant challenges and secret quests are simply too challenging for the average player to complete themsleves within a reasonable amount of time.

The Last Wish raid is another piece of amazing content that will likely be out of reach for the average player, I sat and watched Twich as some fo the top Destiny 2 streamer attempted the worlds first completion of the raid. The new raid looks very complex and mechanic heavy, again putting it out of reach for the average player, even if you are over the recommended power level.

If you really want to experiance everything and I mean everything that Destiny 2: Forsaken has to offer, be prepared to join a large clan, make lots of new friends and spend days and weeks grinding to the highest power level. 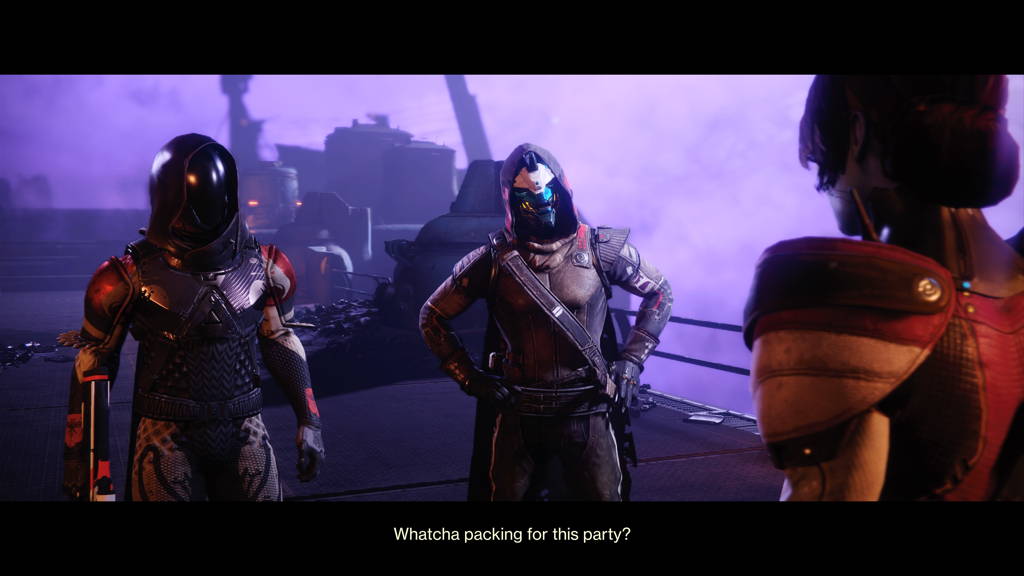 Destiny 2: Forsaken certainly does fix most of what was wrong with Destiny 2 at launch and the game just feels whole lot better and much more enjoyable.

The volume of content and various things to do on a weekly basis is bound to keep most people busy until the next, smaller expansion arrives in December.

Overall, Forsaken has put Destiny 2 back on the map and the game is finally in a great spot to keep veterans happy and to attract new players.

Destiny 2: Forsaken has the same great shooting and gameplay that made Destiny so appealing and the fixes that came with Forsaken have definatley made the game much better and I definitely wan’t to spend a lot more time in the game now.

Bungie have doubled down with the amount of grind, which is not too bad at some points but can get a bit tedious at others. The weekly challenges and milestones, even though you are essentially repeating the same stuff over and over, don’t feel monotonous, this is likely in part to the beautifully designed worlds that you could spend hours in, even though they are not proper open worlds.

My biggest point of contention with Forsaken is getting access to some of the cooler, end game content. I’m currently just over 560 power on my titan and close to that on my Hunter, that is more than enough to get in to the nightfall and the raid, but trying to find people to do it with is probably the most challenging part of Forsaken.

There is also cool new quests been released to get new exotic weapons, but that quest, which takes place in the Dreaming City, has enemies that go up to 590 power, again meaning that it will be out of reach of the average player, for now at least anyway.

As good as Forsaken is and with as much content as Forsaken has, the challenge is still getting people to complete this content with, trying to get a group together is sometimes as arduous and time comsuming as completing the raid itself. Of course you could always try guided games, but be prepared to wait in orbit for ages.

Forsaken is still great though and has got me back in to Destiny 2 big time. It has it’s flaws and there’s still things Bungie could do to make it even better, but it’s definitely worth playing as there is plenty to do to keep you enterained for months to come. 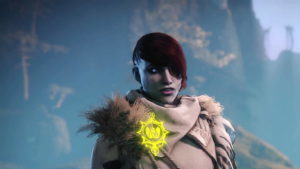