Home / PS4 / Destiny 2 Heroic Strikes Are Not Fun At All 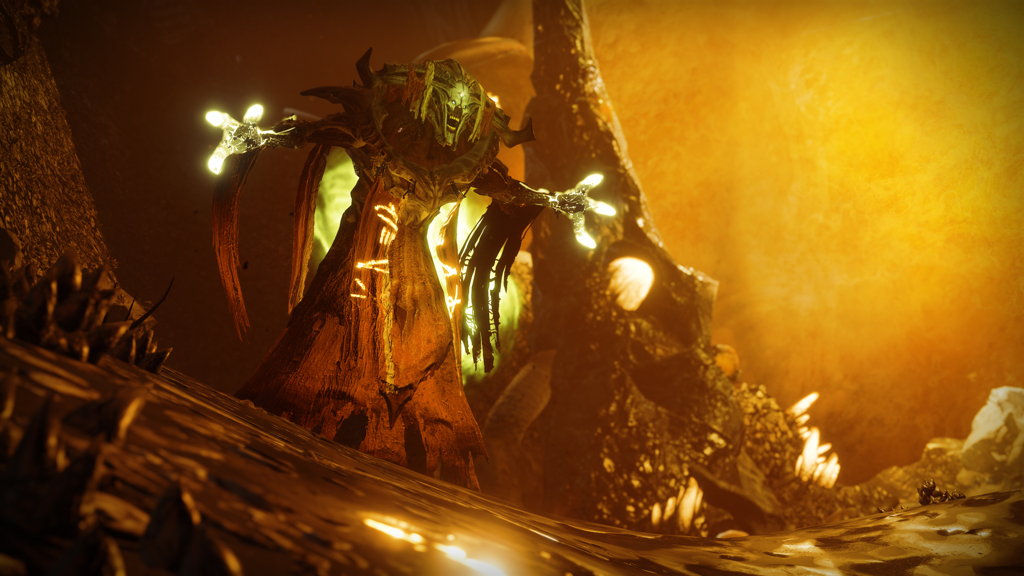 Since Warmind dropped I’ve been playing some Heroic Strikes in Destiny 2, mostly for the milestone and for the quest line which requires you to complete ten Heroic Strikes. I’ve since come to the realisation that Heroic Strikes are just not fun.

Theres been some controversy in the Destiny community lately, with some players feeling that Heroic Strikes are just too hard and others saying that they are fine they way they are. I tend to agree with the former, Heroic Strikes are a bit over the top.

I also played a few Heroic Strikes yesterday, before I even went to start the other milestones as they are supposed to be updated now to drop gear up to power level 365. I played about five strikes and didn’t get anything to drop that actually helped me increase my Power Level.

Sure I could have played more and maybe got something but after several wipes in Strange Terrain against Nokris and a few wipes in the Pyramidion strike against Brakion, Genesis Mind I really couldn;t take any more Heroic Strikes.

The main issue with Heroic Strikes, particularly after Warmind dropped is that the enemies seem to deal a ton of damage to you but you don’t deal any where near the same amount of damage to them.

With Warmind modifiers were added to Heroic Strikes to make them a bit more challenging and interesting I suppose and to make them more similar to Destiny 1 Heroic Strikes. Usually there’s a singe modifier that last the whole week, then two modifiers that change daily, one of which is supposed to give you, the player and advanatage and one is supposed to be a disadvantage. The problem is that sometimes the modifers just don’t mix well.

Last week the modifiers where Arc singe and blackout, can’t remember what the other one was. Blackout essentially means there is no radar and enemy melee’s will one hit kill you. Considering a lot of strikes are Hive Thrall who can easily overrun you just makes for some unfun gameplay.

It seems that the modifiers that add a disadvantage impact more than the ones that are supposed to give you an advantage. Which brings me on to singe. In Destiny 1 burns on Heroic strikes and Nightfalls where great, you could tear through enemies and blast hoards of hive with Gjallarhorn if it was solar burn but there was also a risk that you could be one-shot from an enemy dealing out the same burn.

With singe though it feels as if using the correct elemental damage weapon has barely any impact, even yesterday with solar singe my Golden Gun shot could barely one-shot kill a red bar Acolyte.

It’s not just the modifiers that make Heroic Strikes frustrating, sometimes it just seems that there are simply too many enemies and not enough cover and not enough power ammo to deal with them. It seems that Bungie’s idea of making the strikes difficult is simply to add in shit tons of enemies who deal way more damage to you than you can deal to them.

The Nokris strike is one of the worst, Nokris fires that fiery blast at you which burns you in a second and the Knights you have to kill to get the relic things to destroy the crystals pummel you with their stupid Hive boomer guns. Theres nothing more frustrating than being a second away from reviving a team mate only to have Nokris flambe you in a micro-second.

A quick search of the DestinyTheGame sub-reddit tells me I’m not the only one who thinks Heroic Strikes are just rediculous.

It’s not just the modifiers though or the wave after wave of extrmely pwerful enemies, theres also some bugs and glitches in Heroic Strikes that can also lead to rage and frustration.

Yesterday I encoutnered two bugs in four strikes, the first one was the Nokris strike. I had died of course and waited the twenty-odd seconds until I could respawn but instead of respawning back in to the heat of the battle to help out my fireteam I was spawned outside the boss area with a barrier that wouldn’t let me back down to the fight.

Luckily I managed to kill myself with a grenade and I ended up spawning back in to the boss fight.

The second glitch was shortly after. I match made in to an in-progress Insight Terminus strike (the PS4 exclusive one), where it seems the other Guardian who was in there had been trying to get the orb thingy in to the other thingy to progress the strike. When I spawned in I had a go to, but as the gif above shows it was to no avail, so I had to leave that strike.

Luckily though glitches like that seem to not often too often but Bungie really needs to fix Heroic Strikes to make them a lot more fun and less frustrating. I shoudln;t be wiping 4 or 5 times in a Heroic strike, nor should a Heroic strike take almost an hour to complete, I don’t mind that in a Prestige Nightfall but certainly not in a Heroic Strike, regardless of whether I’m matchmaking with randoms or playing with a full fireteam.

So what can Bungie do to make Heroic Strikes a bit more fun?

Rant over, but Bungie please for the love of God make Heroic Strikes more fun. I really don’t want to play them at all, not even for the milestone. A general rule of thumb is Heroic Strikes should not be more difficult than a Nightfall.