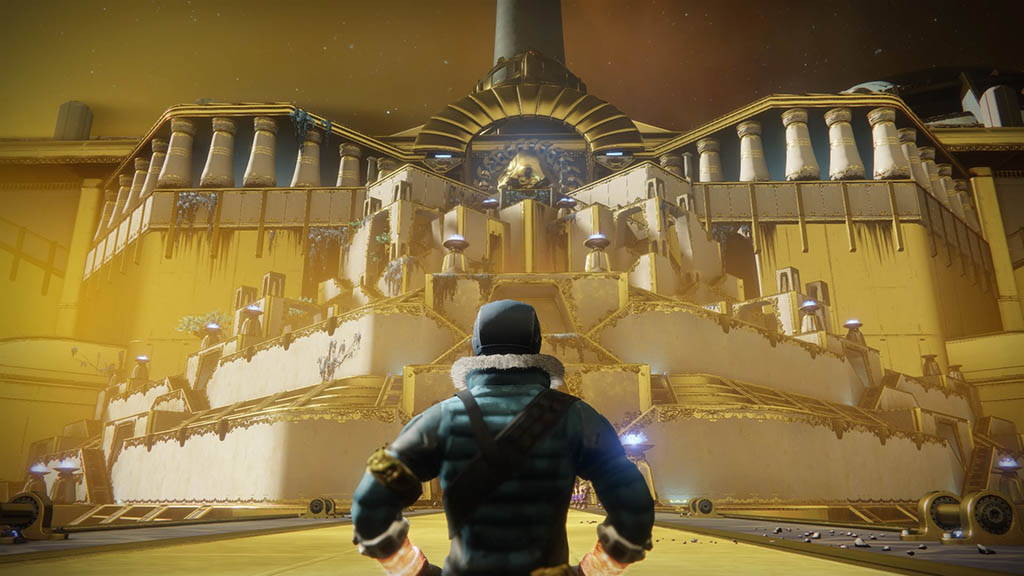 In the latest This Week at Bungie, Bungie have announced that the Prestige version of the raid will be released at the next weekly reset on October 10th. Iron Banner will also be available for the first time in Destiny 2 on this date as well.

These announcements however have seemingly not filled the hardcore community with excitement. The details in the weekly Bungie blog post have left some loyal Guardians feeling a bit annoyed but I will post about this in a separate post.

Lord Saladin’s Iron Banner will be making its first appearance in Destiny 2 on October 10th. It will last to the following weekly reset on October 17th.

Iron Banner will be changing a bit from what you remember from Destiny 1. To fit in with Destiny 2’s new 4 v 4 crucible, Iron Banner will also now be 4 v 4. Power Level will no longer make any difference in the new Iron Banner unlike in Destiny 1 where Light Level mattered to some extent.

Instead it will be your skills which decide whether you celebrate victory or commiserate defeat. This means that if you are at max power level of 305 you won’t be doing any additional damage to a level 260 and they will still be able to damage you the same.

From what Bungie describes, Iron Banner will have its own quick play playlist with matchmaking. The game mode will be Control.

Like other activities in Destiny 2 the main reward for competing will be Iron Banner Tokens which will have to be handed in to Lord Saladin or whatever Iron Lord is overseeing the event. In return for pumping the Iron Lord slot machine full of tokens you will be rewarded with a random piece of Iron Banner gear.

The Iron Banner armour does look very nice, I particularly like the Titan armour set. It looks like there possibly could be an Iron Banner specific shader equipped on the armour maybe?

There was no mention of Iron Banner weapons in the Bungie post which has left the community a bit confused and irritated.

Update – Bungie has since tweeted that there will be Iron Banner weapons available.

The Prestige Raid will also be released at the next weekly reset. The recommended Power Level is 300.

Bungie has stated that the mechanical changes to the Prestige version of the Leviathan raid are minimal but there are changes. The Prestige Raid is all about mastering a more punishing sandbox, so more powerful and smarter enemies.

Perhaps the most surprising statement Bungie made about the Prestige Raid is that their goal is not to provide a boon to your character progression. Presumably this means the Power Level cap will not be raised above 305.

Myself, my Destiny 2 friends and a lot of the community though that the power level would increase to 350 when the Prestige Raid dropped, it seems that this however, is not the case. It will probably be when the first DLC is released that we see any increase to the Power Level.

With that said though, Bungie did state that there will be unique rewards from the Prestige Raid that will “help you shine.”

Bungie also brough yup the subject of Seasons in Destiny 2 in their This Week at Bungie post. I have been wondering about the whole seasons thing since I saw seasons mentioned in the clan page, thankfully, Bungie will be answering some questions about seasons in Destiny 2 at the upcoming Twitchcon on 20th October.

At the end of the Bungie blog post, Deej, the community manager for Bungie made a personal note and asked us to “look to the human element in Destiny 2 to fuel your appetite for ultimate re-playability.” I assume that this ‘personal’ note from Deej is to address some of the salty posts over at r/DestinyTheGame about the Destiny 2 endgame being nonexistent and the re-playability and end-game grind of Destiny 2 just simply not existing.

Unfortunately the personal note from Deej seems to have angered the hardcore Destiny community even more.