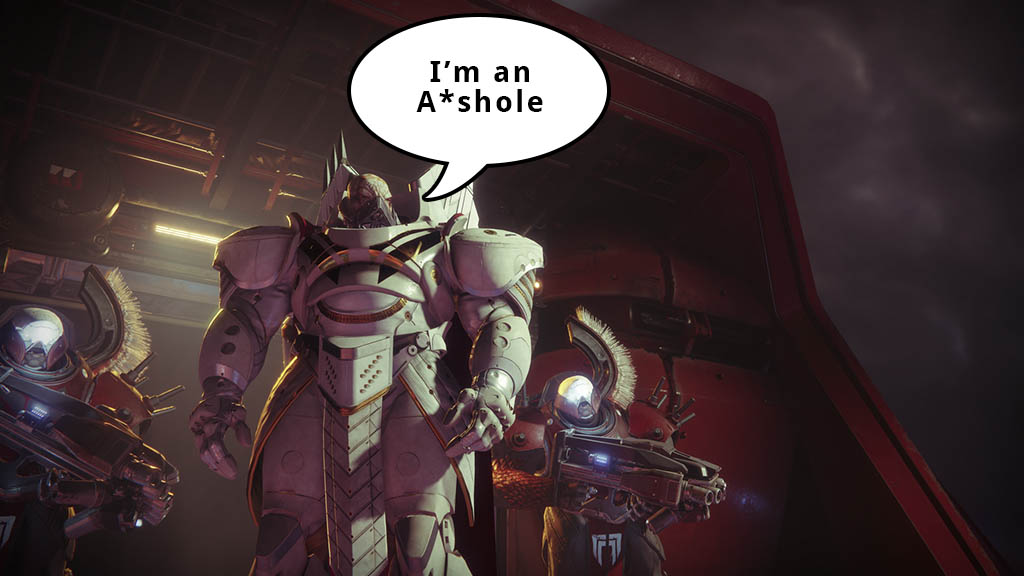 Destiny 2 has been given a T for Teen rating by the ESRB. The ESRB (Entertainment Software Ratings Board) is a non-profit group that assigns ratings to video games in the US and Canada, similar to PEGI in Europe.

The Destiny 2 Rating Certificate Page on the ESRB website gives a rating summary which interestingly reveals some previously unknown info about the game.

Apparently some of the cut scenes in the game depict characters getting shot, electrocuted and even strangled. I wonder if it’s our Guardian strangling Ghost for being so fucking annoying sometimes.

But the big shocker that appears in the ratings summary is that the word “A*shole” is used in the dialogue. I can’t help but wonder if who ever uttered the word “a*shole” is referring to Ghaul, you know, since he blew up the tower and captured the traveller and stuff.

On the subject of the UK/European age rating for Destiny 2, I can’t seem to find one listed on the PEGI website or the Games Rating Authority website, however retailers such as Amazon have the game listed as a 16 rating.