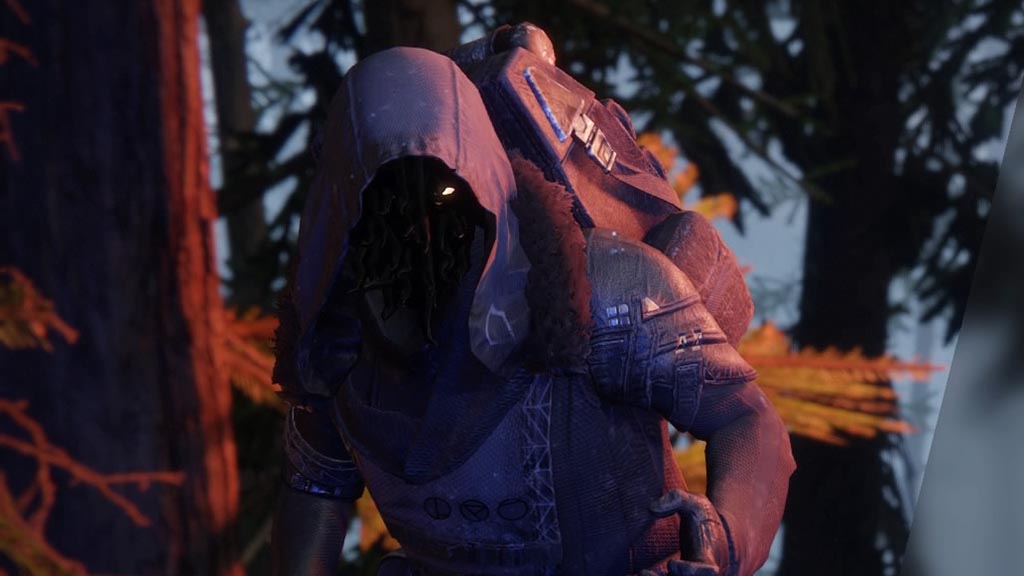 Xur has returned to spend another few days in one of the worlds of Destiny 2 and as usual he brings with him a small selection of exotic goodies to sell to Gaurdians.

This week Xur is at Winding Cove in the European Dead Zone. Let’s take a look at we’s he’s selling.

The weapoon on sale by Xur this week is the exotic fusion rifle Merciless. Merciless has the intrinsic perk called Conserve Momentum where non-lethal hits with this weapon make the weapon charge faster until the wielder gets a kill.

For Hunters Xur is selling Lucky Pants. These exotic leg armour has the intrinsic perk called Illegally Modded Holster which means precision hits load one round into the chamber of stowed hand cannons.

For Warlock Xur has on sale Starfire Protocol. This exotic chest armour has the intrinsic perk called Fusion Harness which grants you an additional fusion grenade charge and they recharge faster. Kills with fusion grenades grant rift energy.

Xur also has on sale the Fated Engram. This exotic engram grants you an exotic not yet in your collection, however it does not give you any quest exotics such as Mida Multi Tool or Sturm, etc. The fated engram will set you back a fair wad of legendary shards, 97 to be exact.

And there is also Three of Coins which you can buy for 31 legendary shards each. Using one of these grants an increased chance of exotic engram drops from various activities.