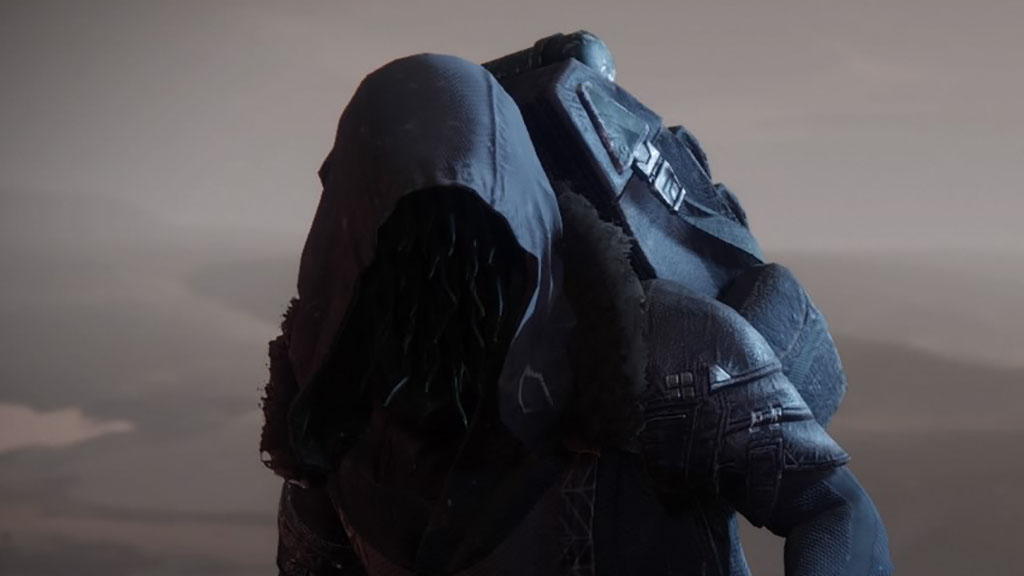 It’s Friday again, no more work for a couple of days, long lies, booze sessions in the pub and of course the arrival of he who sells exotics, Xur. Where is Xur hiding out this week you ask? I’ll tell you. 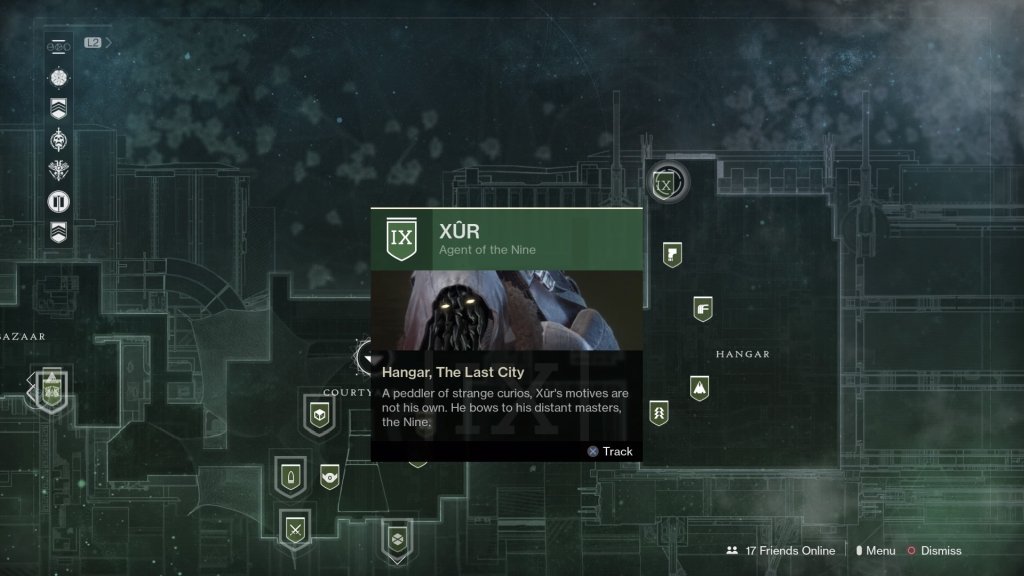 This week Xur is in the Tower Hangar. He’s standing up the stairs, just behind the Dead Orbit guy. Let’s take a look at what he’s selling this week.

The weapon on sale by Xur this week is the rather awesome looking and very fun to use exotic submachine gun The Huckleberry. Besides looking awesome The Huckleberry also plays awesome, it has the intrinsic perk called Ride The Bull which gives increased rate of fire and recoil when holding down the trigger, kills with the weapon reload a portion of the magazine.

For Titan’s Xur is selling Peacekeepers. These exotic legs have the intrinsic perk called Mecha Holster which reloads stowed submachine guns and allows you to ready them instantly. Would pair well with the weapon on sale this week.

Also on sale by Xur is the Fated Engram. This exotic engram grants you an exotic item that is not already in your collection, however, it won’t give you any exotic that is tied to a quest. The Fated Engram will set you back 97 legendary shards.

There is also Three of Coins on sale for 31 legendary shards each. Using one of these when out in the Destiny 2 worlds increases your chance at exotic engram drops from various activites.