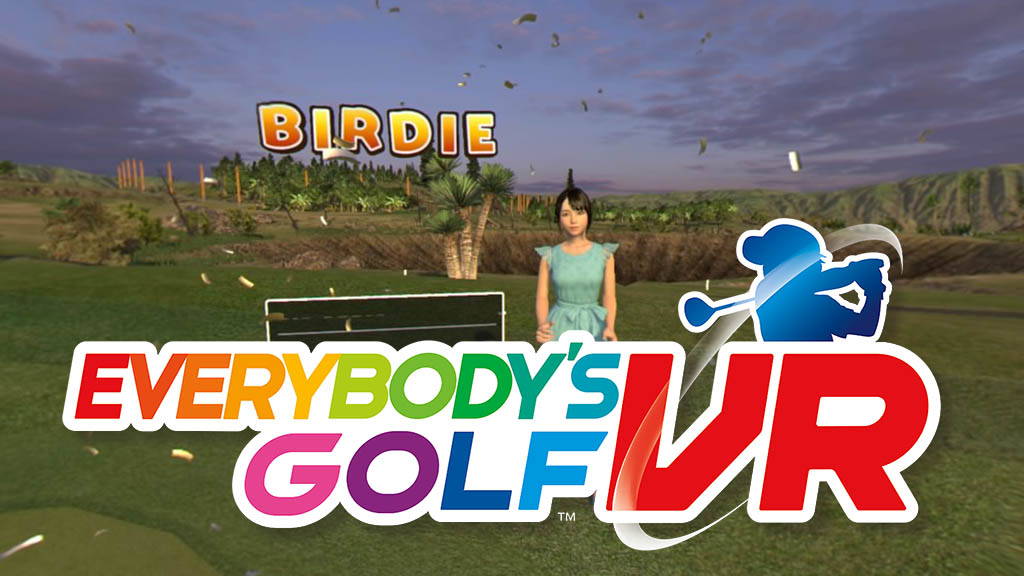 Everybody’s Golf VR is a Virtual Reality version of the acclaimed golf game of the same name. Developed by Sony’s Japan Studio and Clap Hanz, it made it’s way on to PSVR last year.

Having played a little bit of the regular Everybody’s Golf games previously, I was expecting the VR version to be of a similar style to its 2d sibling. Which had quirky graphics and flashy stuff happening.

It was a pleasant surprise when I found Everybody’s Golf VR to be a more realistic feeling golf game than any Golf Simulator game I have played (PGA Tour games, The Golf Club). There is still elements of quirkiness in Everybody’s Golf VR but once you put the VR headset on and start up the game, you’ll almost believe you are actually on a golf course.

Most of the PSVR games I have played have never failed to amaze me. Everybody’s Golf VR is no exception. 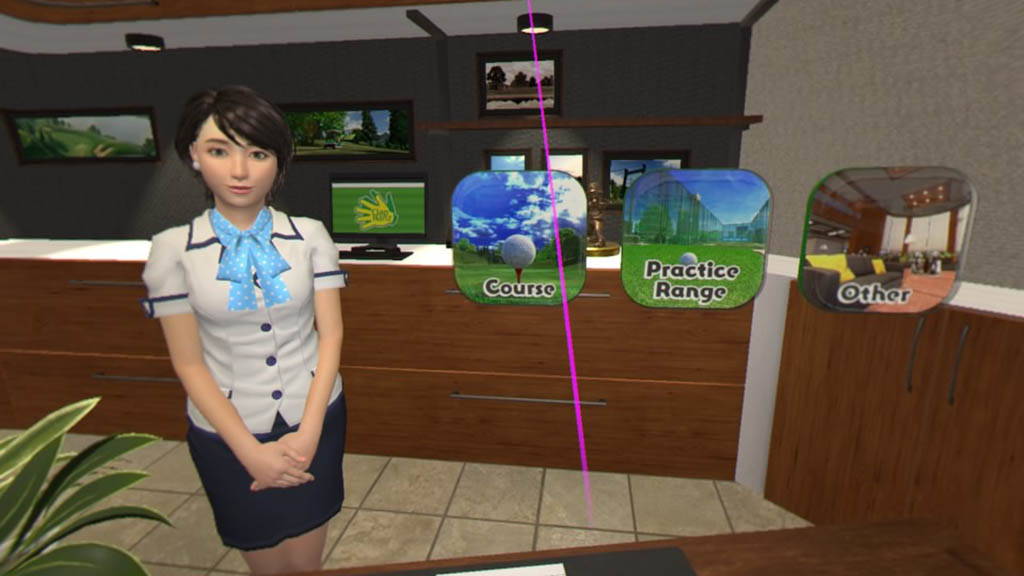 If you have never played real golf before or a golf game for that matter then don’t worry. Everybody’s Golf VR eases you into the game with some simple set-ups and tutorials. Once you have chosen which controller you want to play with (move controls are a must for realism but not required) It’s off to the course for around.

The game starts you off with a set of beginner clubs, which have almost comedic oversized heads. These clubs are easy to use and help you hit the ball straighter. Although they don’t offer much in the way of power for distance shots.

As you play more and more rounds, you will unlock different clubs. These clubs are better for power but will take more skill to hit straight.

Everybody’s Golf VR will take some time to get good at, in that respect it is very much like real golf. The more you practice and play, the better you will become. You will soon master your swing and technique and you’ll be scoring under par and feeling like Tiger Woods.

If you find you are having an off day on the course. Shots slicing and hooking and short game lacking. You can turn on the Tornado cup to make sinking the ball a little bit easier.

There is also driving range where you can practice your tee shots, fairway shots and short game. 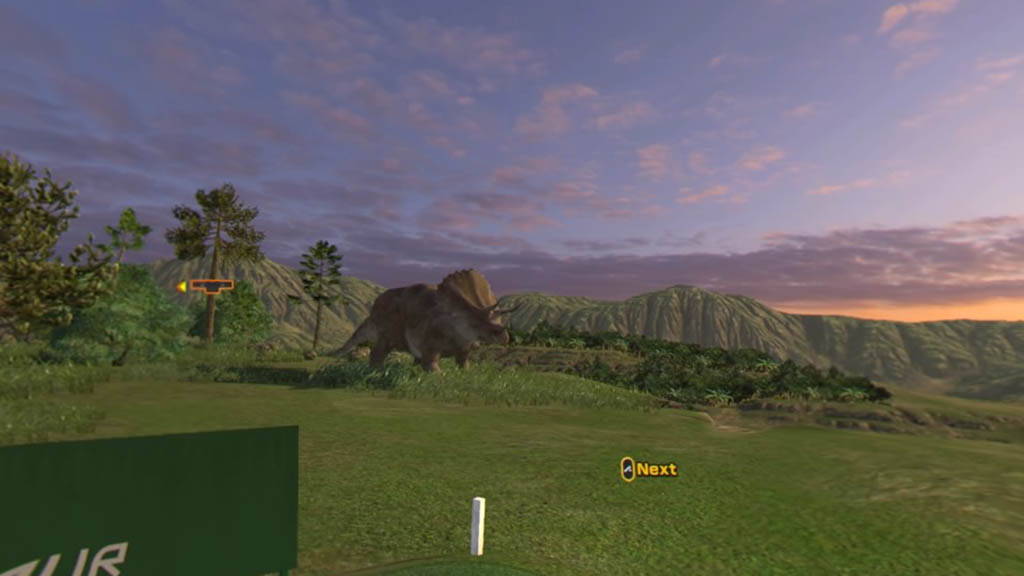 Everybody’s Golf VR features three different courses. The Forrest course, which is the first course you unlock, the Seaside Course and the Jurassic themed Dinosaur course.

The courses all look very nice, as nice as can be for current VR graphics. There’s plenty of pretty scenery to look at while you are out golfing and some nice details to make it feel like you are outside on a  golf course. The Dinosaur course even has some scary looking Dinosaurs roaming around. Thankfully, they don’t attack you.

It’s not just the courses that look nice, the caddies ain’t too bad either. 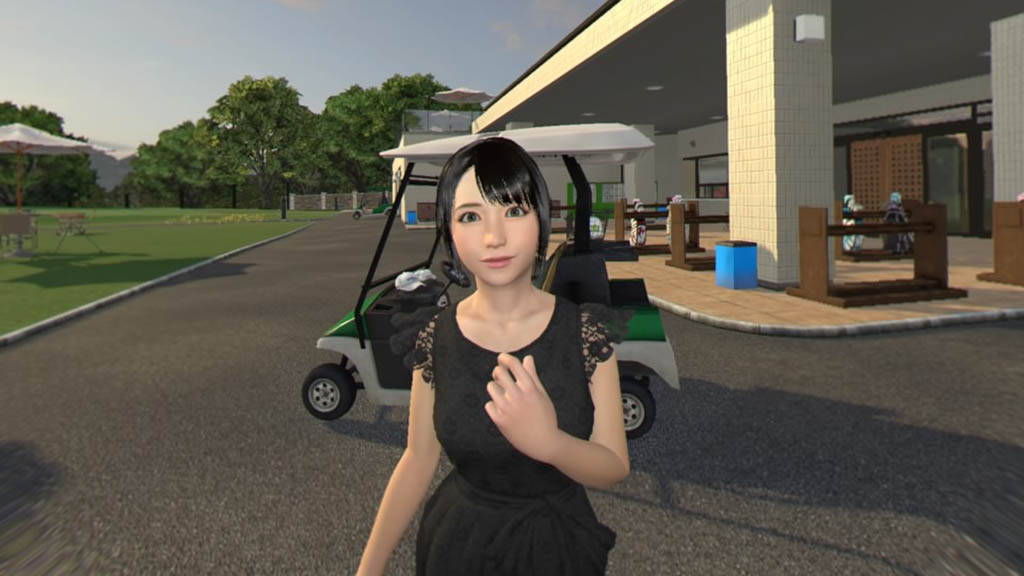 Stuck in the rough

As good as Everybody’s Golf VR is as a showcase for golf games and sports games on the VR platform, it is sadly let down by a glaring lack of some much-needed extras.

After being out for a year now, the game has only seen some very small DLC. This DLC has consisted of a new caddie and some new caddie outfits. There have been no other courses added.

To be a truly great VR experience, Everybody’s Golf VR really had to have launched with some extra courses or at least added them with DLC. A lack of multiplayer also seems like a massive oversight. Although you can submit your scorecards online, the addition of a multiplayer mode where you can play against other players on the same course would have made Everybody’s Golf VR a must-have VR game. Even if you have never played golf before.

Even though there is definitely some replay value to the game, the lack of new courses, multiplayer or fun new game modes means Everybody’s golf VR sinks a birdie instead of hitting a hole-in-one. 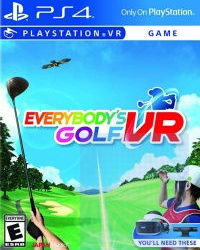