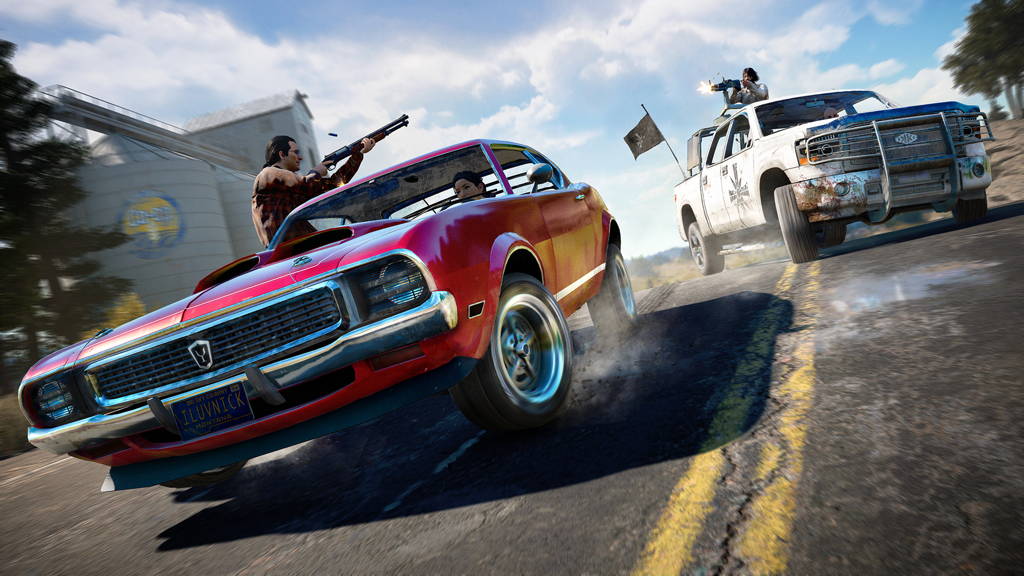 I was very eager to get stuck into Far Cry 5 since I got my Gold Edition delviered on launch day. I have become a bit of a Ubisoft fan since the amazing Assassin’s Creed Origins and was keen to try out their latest AAA game.

Another reason I was eager to get into Far Cry 5 was to scratch that first-person shooter itch. Destiny 2 had lost it’s appeal due to various issues and I hadn’t played a decent FPS for a while.

I am extremly glad I got Far Cry 5, it was a very enjoyable game to play through and a fairly easy and fun platinum to achieve.

The Story of Far Cry 5 is pretty good, though not totally amazing, it serves it’s purpose. You play as an unnamed (except for the nickname “rook” or “rookie”) rookie sherriff who is part of a team tasked with arresting Joseph Seed, the leader of the Eden’s Gate Cult.

The game starts with you and your fellow sheriffs about to arrest Joseph Seed, then the shit hits the fan, the cult leader escapes and some of your buddies are captured.

What Far Cry 5 does really well though is introduce you to some very interesting characters throughout the campaign, each have there own story to tell. Theres also a definate sense of hardship faced by these characters, who you can recruit to fight along side you, after the Eden’s Gate Cult pretty destroyed everything that they held dear.

Every character you meet in the game seems unique and there is some great voice acting. Some characters are pretty serious, whereas others can be downright hilarious.

Overall, the story didn’t really draw me in but the various characters and NPC’s throughout the game kept me entertained.

The gameplay in Far Cry 5 is pretty standard first-person-shooter stuff, although the game does introduce some really cool gameplay elements so it’s not all running and gunning type gameplay.

The game features a decent array of different weapons from automatic rifles, submachine guns and pistols to sniper rifles and rocket launchers. Theres also a nice range of explosives like Molotov cocktails, grenades and remote explosives. In fact explosives is one thing Far Cry 5 does really, really well.

Theres never a dull moment when you’re rocketing an enemy helicopter out of the sky or blowing up a cult shrine or blowing some cult vehicles to kingdom come.

Theres actually a trophy in Far Cry 5 called Hurk Locker, which requires you to blow up 15 vehicles with Hurk, a character you meet a little bit in to the game depending on what region you start in. Hurk carries an RPG with him and having him blow up every vehicle in sight is awesome fun.

Besides from blowing things up, the gameplay in Far Cry 5 was really quite fun and gave you several options for tackling different situations. For example, when liberating an outpost you could find a safe vantage point and take down some cultists with your sniper before heading in and finishing off the rest, or you could just go in with guns and grenades blazing.

The different options and tactics you have avaialble in Far Cry 5 for tackling certain content and missions really mixed things up and made the game great fun to play.

As well as tackling the evil cultists on foot, Far Cry 5 also features a vast wealth of different land and air vehicles that you can drive or fly to cause mayhem to the cultists.

There is a great choice of different vehicles from basic cars and trucks to more souped up ones you can get as mission rewards or buy from any garage.

The car and truck driving aspect of Far Cry 5 I found to be very fun, the cars handles great and you could use them to run over any cultists who are in your way. And with the open world of Hope County being so damn beautiful you could just go for a leisurely drive and take in the stunning sights.

I wasn’t too keen on mid-air combat using planes, mostly because I couldn’t really get used to the controls and found it hard to target enemies. I found the helicopter flying to be much more fun and easier to do though.

While we’re on the subject on being in mid-air, another great feature of Far Cry 5 was the wingsuit. With the wingsuit you could launch yourself off some high peak and glide like a majestic Eagle, if you jumped from high enough and pulled it off right you could literaly fly for miles, before opening your parachute and landing safely with your feet firmly on the ground.

Far Cry 5 also has a great variety of different skills you can unlock using skill points. These skills can do things like increase the amount of ammo you can carry to making you move quieter so you can be more stealthy.

As well the wealth of story missions, side missions and the ton of other stuff like hunting and fishing that you can do in the open world of Far Cry 5, there’s also Far Cry Arcade.

Far Cry Arcade features a ton of maps, some by Ubisoft and lots made by regular players. You can participate in various solo or co-op game modes or you can jump straight in to a multiplayer 6 v 6 or free-for-all match.

The multiplayer game modes wheren’t too bad but it was extremely unbalanced feeling at times, but I don’t think Ubisfot ever intended it to be a serious multiplayer contender, just a bit fun.

Ubisoft seem to be the kings of the open world game recently. With last years Assassin’s Creed Origins with its stunningly beautiful and huge recreation of Ancient Egypt  and now Far Cry 5 with it’s equally impressive take on Montana.

The worlds of Far Cry 5 is split in to three regions, Holland Valley, Henbane River and the Whitetail Mountains. Each region is controlled by one of the Seed family members.

Each region is beautifully crafted and consists of some very stunning scenery indeed.

Far Cry 5’s open world is pretty large and there is a ton to explore, from finding the hidden Prepper Stashes to finding and destroying the various cult properties throughout the region. Hope County, Montana just begs to be explored and I often found myself veering of the road and getting sidetracked just to go and walk or drive about to take in the sights. 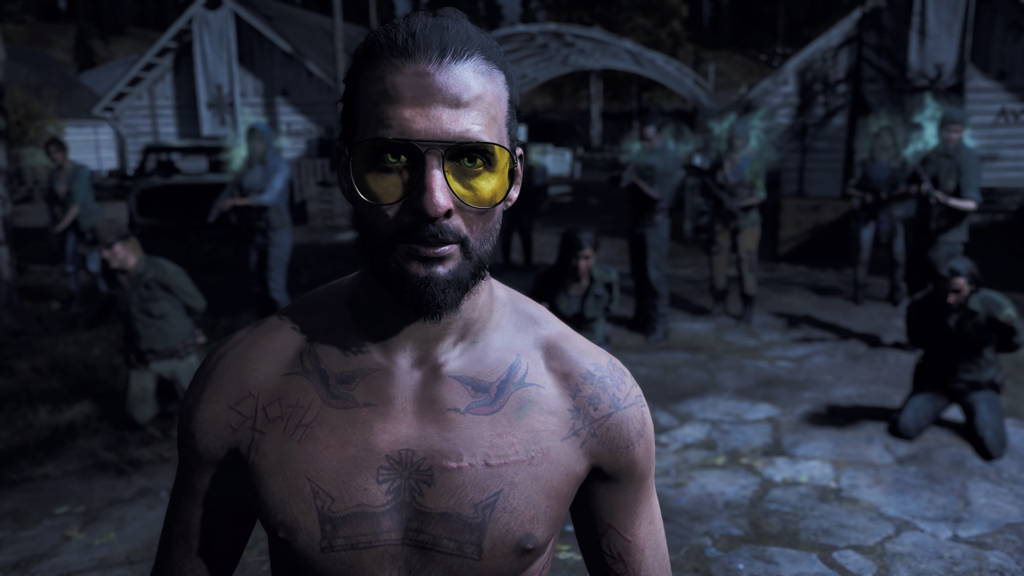 Far Cry 5 is overall a pretty solid game. The story probably could have been a bit better but there was plenty of interesting characters none the less.

Gameplay was pretty solid with a decent selection of weapons and vehicles to use and of course big explosions made for some really fun times in Hope County.

Value for money wise Far Cry 5 is definatley worth the price tag. I opted to buy the Gold Edition which I got for £57 from Amazon. Theres no shortage of stuff to do in Far Cry 5, there’s a decent amount of story missions and side missions, as well as things like prepper stashes to find and other tasks you can do out in the open world.

And, there’s also Far Cry Arcade which offers a near limitless amount of user created maps to mess about on.

Overall, Far Cry 5 is a solid game, as of writing this review, Ubisoft have announced that Far Cry 5 is the fastest selling game in the series, and it’s easy to understand why.

If you like open world game or first-person shooters that you can play solo or co-op then definatley give Far Cry 5 a go.

Far Cry 5 is overall a pretty solid game. The story probably could have been a bit better but there were plenty of interesting characters nonetheless. 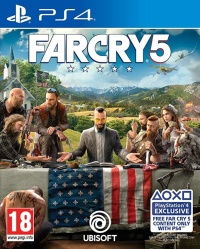