Home / News / Free PlayStation Plus Games For May 2022 Revealed 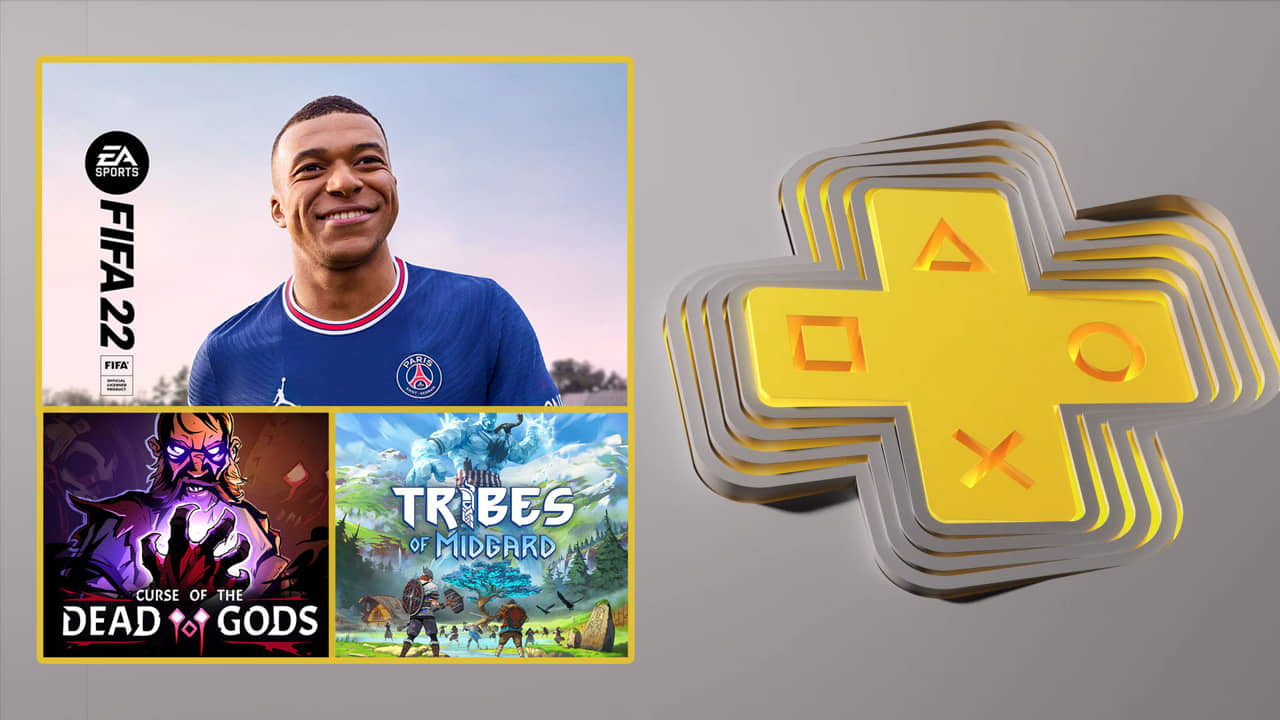 The FREE PlayStation Plus games for May 2022 have been revealed. May’s offerings are a bit better than the past couple of months with the exception of Fifa 22 probably, which a lot of people probably already have.

There are three games on offer for May 2022, the aforementioned Fifa 22, Tribes of Midgard and Curse of the Dead Gods. Let’s take a look at the games.

Everybody on the planet has probably heard of the Fifa games. They are Football (or Soccer if you are in the States) games published by Electronic Arts. I’ve not played a Fifa game in years so I don’t have a clue what the game is like, but my brother buys them every year so they must be alright. Fifa 22 will be a worthwhile download if you are into football or sports games in general.

Tribes of Midgard is an isometric roguelite, survival RPG game where you can form tribes of up to 10 players. The aim of the game ( I think) is to defend your village from hordes of deadly spirits and gigantic brutes who basically want to bring the world to an end. You can read more about the game on its official website.

Tribes of Midgard gets a reasonable score of 71 on Metacritic and a user score of 6.8. The game sounds like it could be a bit of fun so probably worth adding to the old games library.

Curse of the Dead Gods (PS4)

I honestly had never heard of Curse of the Dead Gods until it was announced for next month’s PlayStation Plus line-up. It’s an indie, action, RPG game that actually looks pretty good. It’s single-player as well, so if you’d rather just play by yourself without the distractions of a co-op partner then this is the game for you.

Curse of the Dead Gods gets a pretty decent Metascore of 79 and a user score of 7.6 for the PS4 version on Metacritic. So it must be reasonably good. I’ll probably add this to my library and give it a go once I have finished the 346 other games I have in my backlog.

And that is the free PlayStation Plus games for May 2022.

PlayStation Plus will be getting a revamp on June 22nd in the UK & Europe when Sony launches its new multi-tiered PlayStation Plus service. Nothing will change to your existing PS Plus subscription, but you will have the option of upgrading to PS Plus Extra or PS Plus Premium. You can read more about the new PlayStation Plus here.