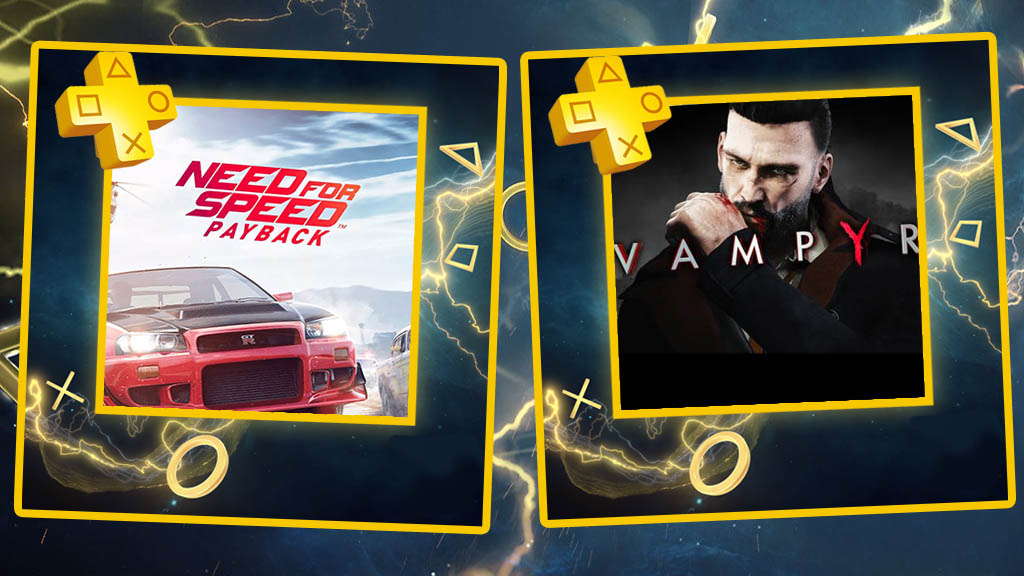 The FREE PS Plus games for October 2020 have been revealed. Our freebies for this month are racing game Need for Speed Payback and Vampire action-RPG Vampyr.

Two pretty decent sounding games and two completely different genres, so hopefully something takes your fancy whether you like racing or RPGs.

Let’s take a look at the two games on offer this month to see if they are worth downloading or adding to your library.

Need for Speed payback probably doesn’t need much of an introduction. It’s a high octane racing game in the Need for Speed franchise. Set in a place called Fortune Valley, you drive as three different characters on a quest for vengeance against a shady cartel.

You might think that developer Ghost Games couldn’t really make a mess of what usually is a solid racing game but, the game pretty low scores on Metacritic. With critics siting loot boxes and a hefty grind as one of the games many flaws.

Need for Speed Payback scores a pretty poor 61 on Metacritic with an equally sorry user score of 4.2. This one might be best adding to your library unless you really like Need for Speed games.

Vampyr is a third-person, action role-playing game set in a fictionalised London. You play as Jonathan E. Ried, a Doctor who is also a Vampire. Sounds good already.

The Doctor/Vampire has a bit of a thirst for blood (as Vampires do) and this leads him to kill innocent people. Although the game’s Wikipedia page states that it is possible to complete the game without actually killing the innocent citizens of London.

Vampyr has a reasonable Metascore of 70 and a user score of 7.0. Making it about above average. I’ll probably download this one to keep me going until Watch Dogs Legion is out at the end of the month.

And that’s the two FREE PS Plus games for October 2020. A below-average racing game and a slightly above average Vampire RPG.

Both games will be available to download from the PlayStation Store on October 6th.