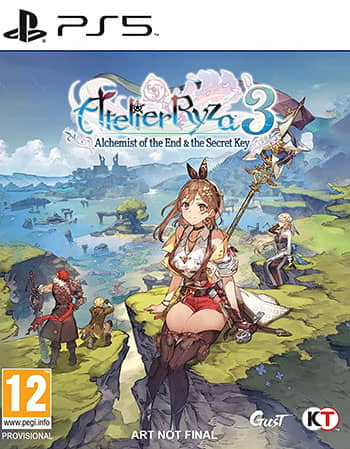 Atelier Ryza 3: Alchemist of the End & the Secret Key Overview

Atelier Ryza 3: Alchemist of the End & the Secret Key follows fan-favourite alchemist, Reisalin Stout, and her mischievous friends on their third summer adventure as they set off to investigate a group of mysterious islands that have suddenly appeared, adversely affecting the stability of their hometown, Kurken Island. While working to solve the mysteries of the new islands, Ryza reunites with some nostalgic old friends. It seems Ryza has asked the familiar faces of Empel and Lila to help in her investigation, but when Ryza reaches the village of Faurre where they are said to be staying, she finds out that her old friends are being held captive! As Ryza scrambles to save them, another familiar face shows up on the scene – Patricia – dazzling as always with her swordsmanship! Once Ryza and Patricia help free Empel and Lila, all three returning characters can be added to Ryza’s party as they continue to work together to uncover the truth behind this new threat to Kurken Island.