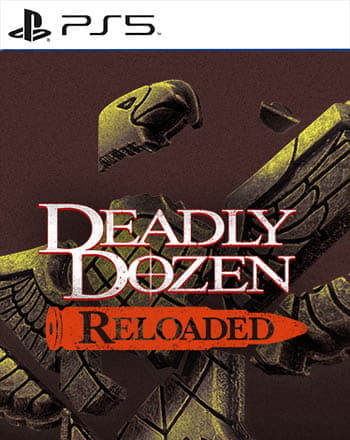 Deadly Dozen Reloaded is a reimagining of the squad-based stealth game originally developed and released by N-Fusion Interactive in 2001.

In World War II, the United States Army was ordered by General Dwight D. Eisenhower to recruit a special operations unit who would be capable of carrying out dangerous missions in secret — any time, and in any environment. Twelve uniquely skilled men were recruited, each one possessing the physical prowess and a distaste for authority well-suited for such an unconventional unit. They became known as the Deadly Dozen.

Choose your squad of four from a roster of twelve playable characters, each with unique stats, weapon, and equipment proficiencies to complete critical objectives behind enemy lines. Players can match their squad to their preferred playstyle, whether that means they want to go full stealth, focus on run-and-gun action, or make some noise with loud, devastating explosions. Players command their unit with the Squad Wheel, which they can use to call out movement orders, fire orders, stance, and formation changes to adapt to challenges in the field. Additionally, direct control is never limited to just one of the four squad members, as players can swap their playable character at any time.

Deadly Dozen Reloaded is set to come to PS5 in Spring 2022.