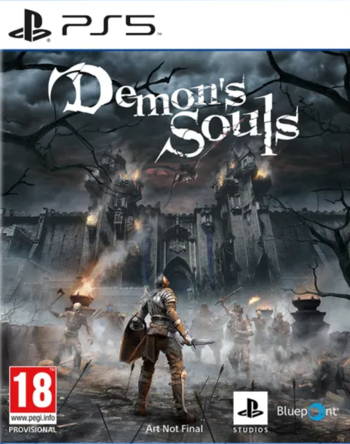 Demon’s Souls for PlayStation 5 is a remake of the 2009 game originally released on PS3. Development of the remake of Demon’s Souls is being handled by Japan Studio and Bluepoint Games.

Demon’s Souls on PS5 will feature beautiful shadow effects and Ray-Tracing. The game will also feature two graphical modes, one based on graphical fidelity and one based on frame rate. The player will be able to choose between these two modes.

Demon’s Souls is an action-RPG game set in Boletaria, a kingdom consumed by a dark being called the Old One following its release through the use of forbidden Soul Arts. Players take on the role of a hero brought to Boletaria to kill its fallen king Allant and pacify the Old One. Gameplay has players navigating five different worlds from a hub called the Nexus, with a heavy emphasis on challenging combat and mechanics surrounding player death and respawning. Online multiplayer allows both player cooperation and world invasions featuring player versus player combat.

Demon’s Souls will be a PS5 exclusive and will be published under the PlayStation Studios Umbrella.